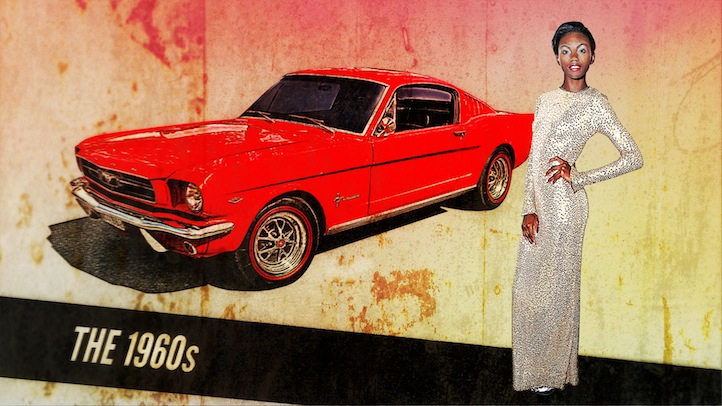 Joel T. Piaskowski is Ford’s Design Director, The Americas where he leads creative design teams in the development of future exterior designs. Recently, one of Ford’s most distinguished models, The Mustang celebrated its 50th birthday and over the last half-decade, the design direction of the Detroit-based brands most prized vehicle has also changed too,  in terms of both interior and exterior design. Here, Piaskowski walks us through The Mustang’s creative evolution.

Life+Times: You recently teamed up with Decades to celebrate the 50th anniversary of the Mustang. How did this collaboration come about?
Joel T. Piaskowski: As part of the celebrations for the 50th Anniversary of Mustang, we wanted to host an event that would highlight how Mustang has been woven into American culture. Fashion was instantly discussed as it has exhibited key milestones through the decades that reflect on the culture and mood of the people. Decades is a world-renowned vintage clothing boutique, pioneered by Christos Garkinos and Cameron Silver. Not only does Christos have a passion and eye for fashion through the decades, but he also has roots in Detroit and has been a Ford fan for a long time. The partnership was therefore a natural fit.

L+T: You’re the Design Director at Ford Motor Company. What exactly is your role? What do you do?
JP: Ford Design Directors oversee the specific strategy, design development, and execution of their specific respective functions, such as Exterior, Interior, and Color & Materials. Not only do we work with the respective Design teams, but we also work cross-functionally with our partners in Engineering, Marketing, and Product Planning to collaborate and bring our collective creations to market.

L+T: Like fashion, cars also go through trends. What trends have you noticed over the past five decades,  in terms of aesthetics relating to the Mustang?
JP: Car design doesn’t happen in a vacuum: cars are an outgrowth of the cultural mindset they are designed in. Mustang has adapted over the years to various socioeconomic and cultural shifts, but it has always kept its sense of authenticity intact. The ’60s, for example, were a rebellious decade; young people were eager to establish their own identities, breaking away from their parents. How that manifested itself in automotive terms was through muscle cars; the Mustang was clearly different from the big, heavy and full of chrome cars of the time. It had a personality and a look of its own and captured the imagination of the young and sporty. The 1970’s was an era of fuel price increases, rising insurance rates, safety concerns, and emissions controls. For cars, the top priority was gas prices. That reflected in the Mustang’s design of the time as well; less aggressive stylistically and physically downsized to reflect the gas crisis. For its time, it did what other mustangs did for their time. In the 1980’s, design becomes more important, not just from a styling perspective but also from an efficiency standpoint. These are the years often remembered for its materialism and consumerism. Mustang got a new look and attitude, which defined if for a new generation. The 1990’s is a decade of great prosperity and incredible technological advancements. It also saw a highly individualistic and counter-cultural turn, as “retro” styles inspired by fashions of the 1960’s and 1970’s became prevalent and continued in the new millennium. That is visible in the Mustang styling as well, as we pushed the reset button and went back to the original cues in 2005. No matter how the Mustang aesthetic changed to fit the changing times though, it’s always stayed true to its brand essence, and this has contributed to its longevity. 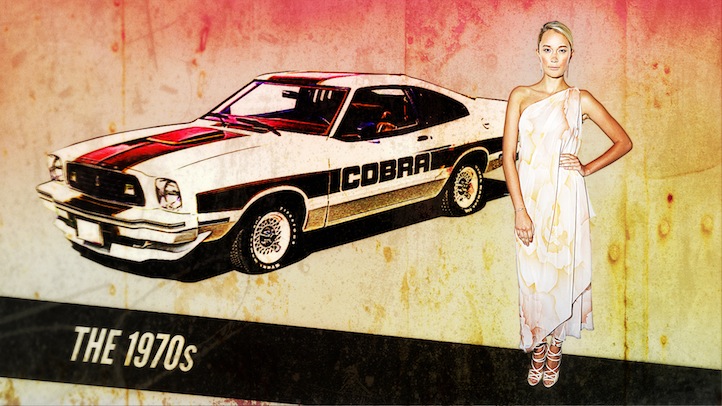 L+T: Why did it make sense to team up with Decades?
JP: Decades curates timeless and classic pieces much like the Mustang, which has remained at the forefront of relevance since its inception. There are several parallels between fashion and automotive design – parallels that reflect the times, attitudes, generations and popular culture as a whole. Just as much as people have expressed themselves through the clothes that they wear, they express themselves through the cars that they drive. Working with Decades underscored the correlation between fashion and Mustang design, as both were influenced by the changing trends around us.

L+T: There’s something about the Mustang that is still sexy and masculine over all these years. What do you attest this to?
JP: For 49 years, Mustang has embodied this idea of limitless possibilities, which has proved universal, enduring and just plain sexy for both men and women. This iconic car has truly been a part of our cultural fabric and evokes a variety of emotions – freedom, independence, optimism, individuality and style, inspiring the adventure of the open road. 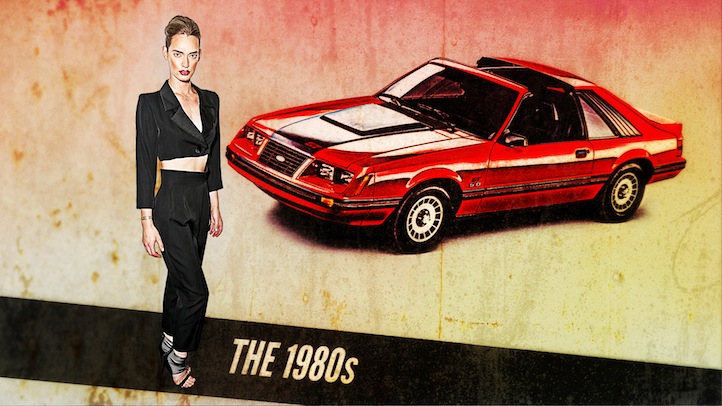 L+T: In 2014, Ford Mustang will celebrate a milestone anniversary and become the newest member of a very exclusive club – vehicles in continuous production for 50 years. What do you make of this achievement?
JP: It’s certainly a testament to the brand “Mustang” and what the car has stood for over the past half century. From its beginning, Mustang has had an appeal factor that has transcended demographics. This is attributable to its original roots and its evolution over five generations, all while maintaining an “attainable factor” that provides a great level of value in terms of performance, image, style and the feeling of independence, all of which tug on the emotional heart strings. 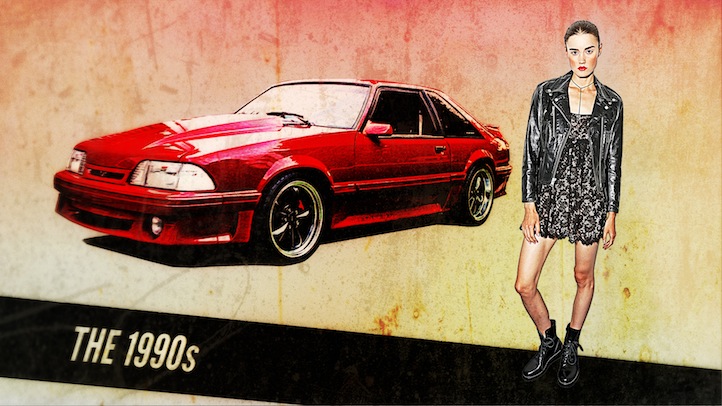 L+T: Before you joined Ford Motor Company in 2010, you worked all over the place – Detroit, Germany, Japan, Italy, Southern California and South Korea. What’s your professional background?
JP: Upon graduating from Center for Creative Studies in Detroit, with a Bachelor’s degree specializing in Automotive Design. I began my career with General Motors in Warren, Michigan where I was fortunate to have assignments at Opel in Germany and Isuzu and Suzuki in Japan. I then took a new position at Hyundai’s Design Center in Irvine, California, where I frequently traveled to South Korea. I had a brief stint at Mercedes-Benz Advanced studio in Carlsbad, Calif., before joining Ford in 2010. 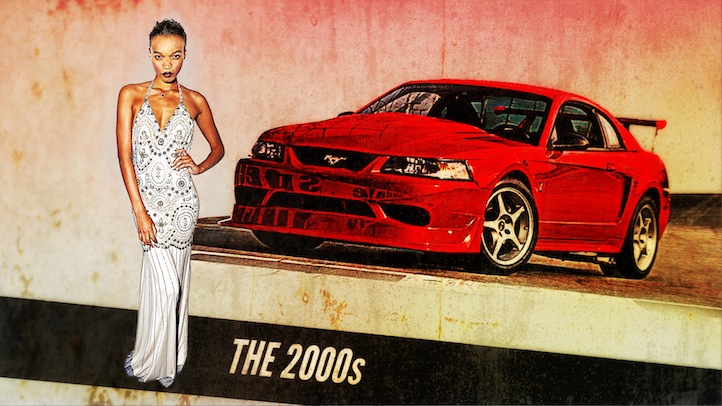 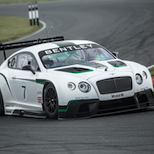