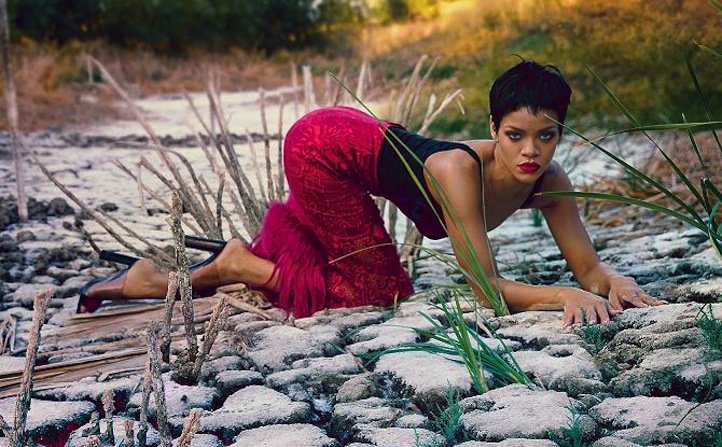 The world pays attention to every outfit change Rihanna makes.  From her recent adoration of Opening Ceremony and Kenzo, to her multi-colored Tom Binns jewels, if there’s one thing RiRi is known for (besides pumping out hit after hit) it’s her sartorial choices. And while her style may be innate, there’s one man she trusts with making sure she’s looking spot-on, and he goes by the name of Mel Ottenberg. A former fashion design major at Rhode Island School of Design, Ottenberg’s editorial work has appeared in and on the covers of Harper’s Bazaar, Dazed & Confused, T: The New York Times Style Magazine and more. While styling one of the biggest superstars around the globe, Ottenberg helps her with all of her appearances, videos and record covers, as well as serving as costume designer for her recent world tour. It’s hard to pick favorites, but here, Ottenberg shows us some of her favorite looks that Rihanna has been rocking as of late.