JD Ferguson “fell” into the world of photography. A former model of 15 years, Ferguson began shooting the backstage antics of Fashion Week for V Magazine and slowly climbed his way to the top of his game by working with The New York Times. He’s collaborated on projects with mega-forces like Karl Lagerfeld and Mario Testino, and was even one of the first people with a fashion blog (which he has since shuttered). It’s been almost two years since the talented gentleman has stepped away from the fashion world and now, exclusively to Life+Times, he looks back on his archives and highlights some of his favorite photos to date. 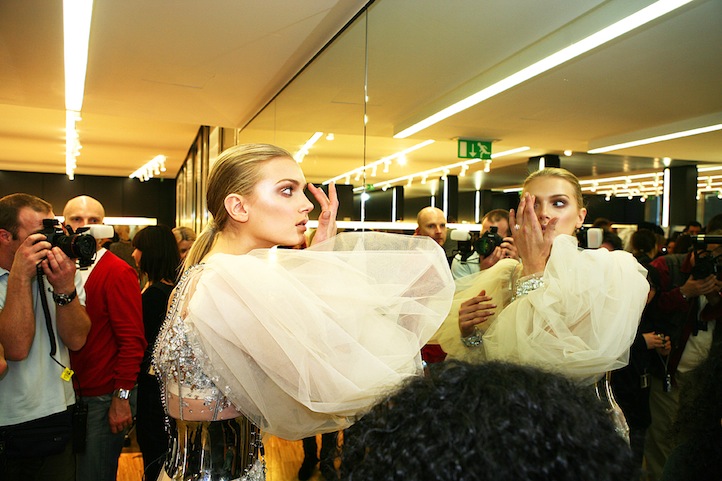 “One of my all time favorite shots I’ve ever taken. So much of what I shoot is straight forward and posed. I love when I’m able to capture a moment. Especially of Lily rushing to the runway in a beautiful Dolce & Gabbana gown giving herself the once over.”