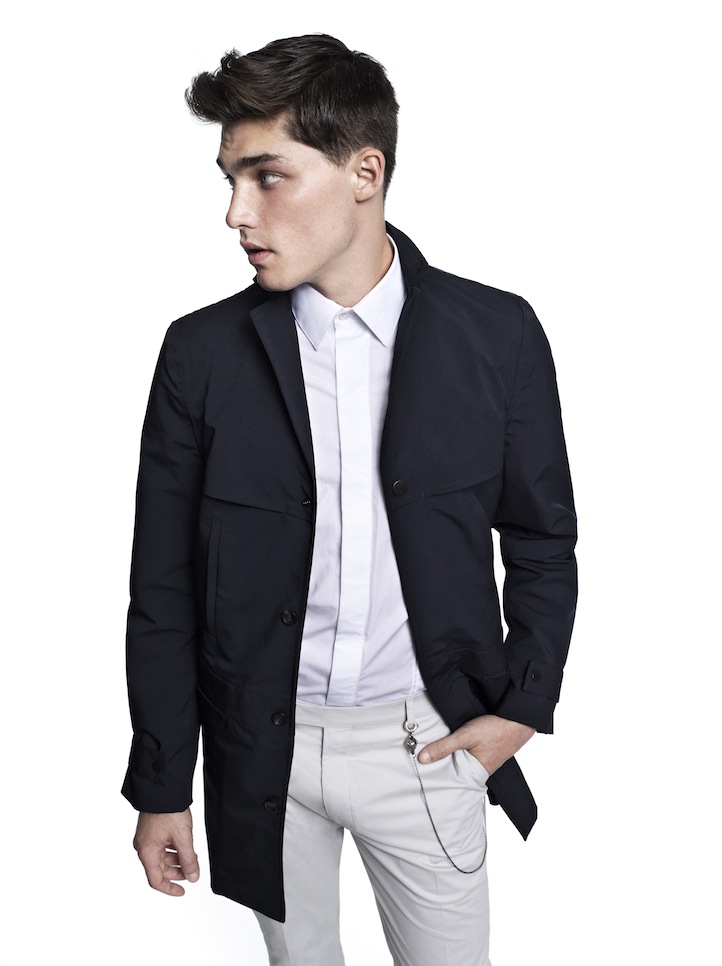 Named after his great-grandfather, JARDINE is the new line launched by designer Nathan Bogle, one of the founding partners of rag & bone. The brand was set up from a reaction to the prescriptive and predictable themes that characterize so much of today’s brand and marketing cultures. Here, Bogle talks about the concept behind his latest (and greatest) venture.

Life+Times: You recently launched your label JARDINE. What’s behind the name?
Nathan Bogle: I wanted a name that could be pronounced globally and had a unisex quality. I was looking through my family tree and saw my great-grandfather’s name which fit well with the aesthetic I was looking for.

L+T: As a founding partner of rag & bone, you’ve recently ventured on your own. How would you define both the aesthetic and feel of JARDINE?
NB: Jardine is contemporary sportswear with a twist. Familiar classics with enough of a difference. I’m really inspired by the minimalist approach to design, stripping things back to their essential core resulting in a clean, ordered aesthetic. I think it speaks to a lot of people at the moment because of the volume of “stuff” we are bombarded with daily. There’s a kind of peace to the whole thing.

L+T: You’ve said that the mission in starting your brand was a reaction to the quote by Leonardo de Vinci who once said “Simplicity is the ultimate sophistication.” What is it about this statement that helped infuse the creation of your line?
NB: Arriving at simplicity is an incredibly complex thing; it’s a meticulous process. By reducing and reducing until I arrive at a design or product that speaks notably without a lot of noise is an intriguing and very satisfying thing. When someone dresses in this way, I like the idea of less is more because the humility behind that approach says more about the person than any garment, lifestyle or word could ever hope to, hence sophisticated. 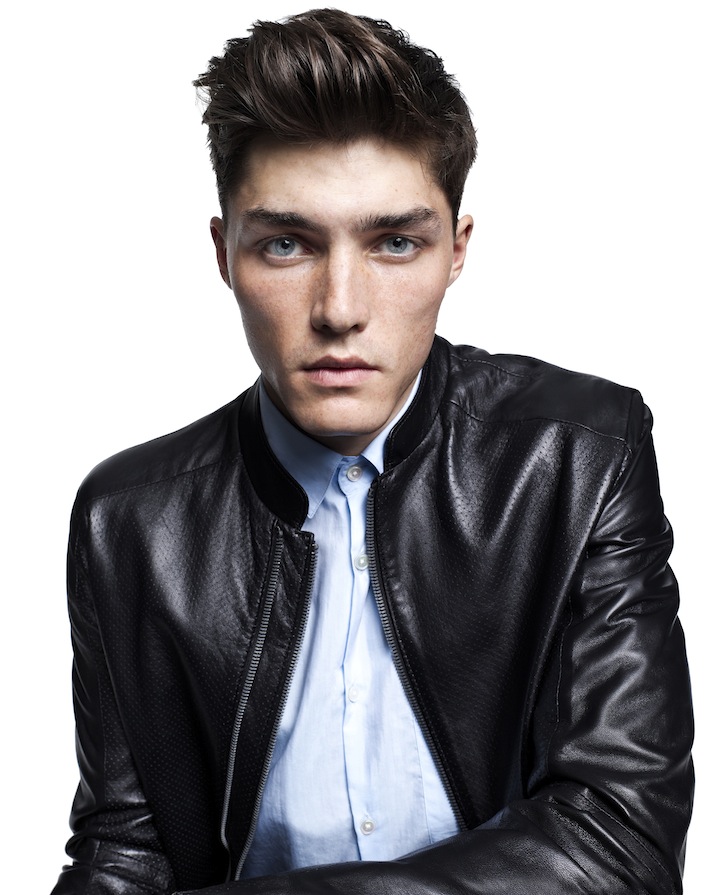 L+T: It’s also been said that you’ve built your brand from the inside out. How so?
NB: I work on every part of the business, from design and development to web design, shipping and production. At the beginning it’s simply what one has to do and it’s critical to have my hands on every area of the business in order to build strong foundations that last.

L+T: It seems your line is both a fresher and cleaner take on the menswear aesthetic today – especially with an athletic influence. Who were some of the men who inspired the creation of the line?
NB: There weren’t any men who directly inspired me, it was more of a mind set. Someone who appreciates this kind of aesthetic approaches his life in a particular way, a way I know and live; he knows what he likes and doesn’t need any bells and whistles. Functionality, refined style and high quality materials are important to him along with a no-nonsense approach to clothes and life in general.

L+T:Where do you hope to take JARDINE in the next few years?
NB: We are focusing on establishing our online presence and growing the e-commerce side of the business in the short-term. Looking beyond that, we would like to expand internationally and partner with key retailers, in addition to having our own free standing retail stores. Womenswear, shoes and accessories are certainly part of the picture too. Often we will find that music played a role during the inspiration process. 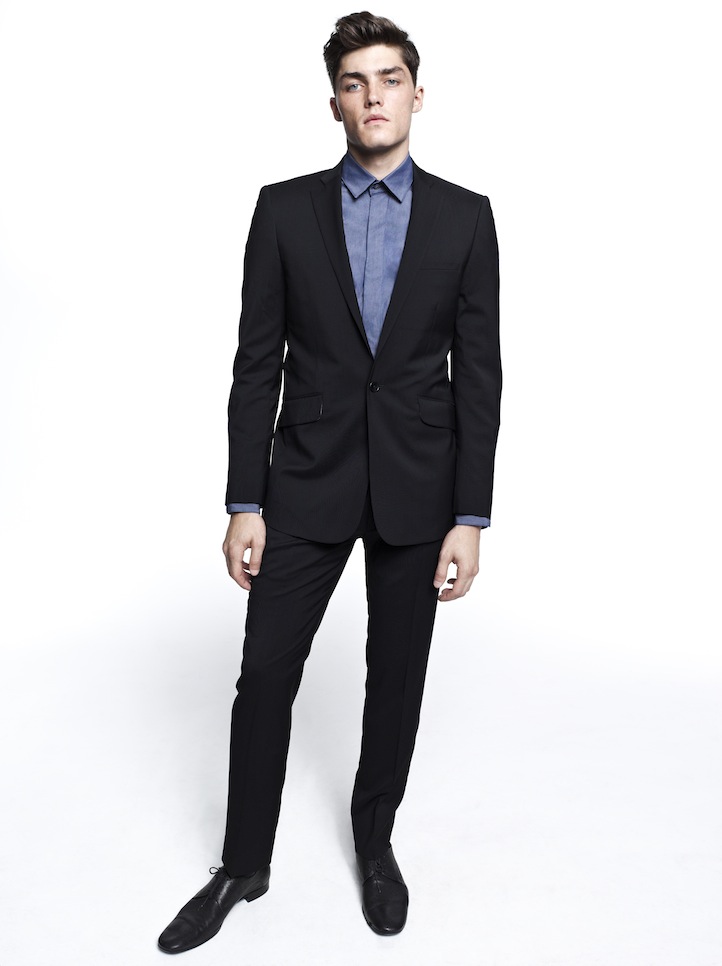 L+T:Were there any songs or artists who were on high-rotation during the design process? If so, what were they? Did their inspiration seep into the final creations?
NB: At the very beginning I was tuning into Chances with Wolves on East Village Radio a lot. I discovered their broadcast and then the archive which is packed with the fantastic soul, hip-hop, reggae, rare groove and other cool stuff. Other than that, I listen to Little Dragon, Gold Panda, Four Tet, Purity Ring, amongst others. The electro genre has more of an influence on my design process. 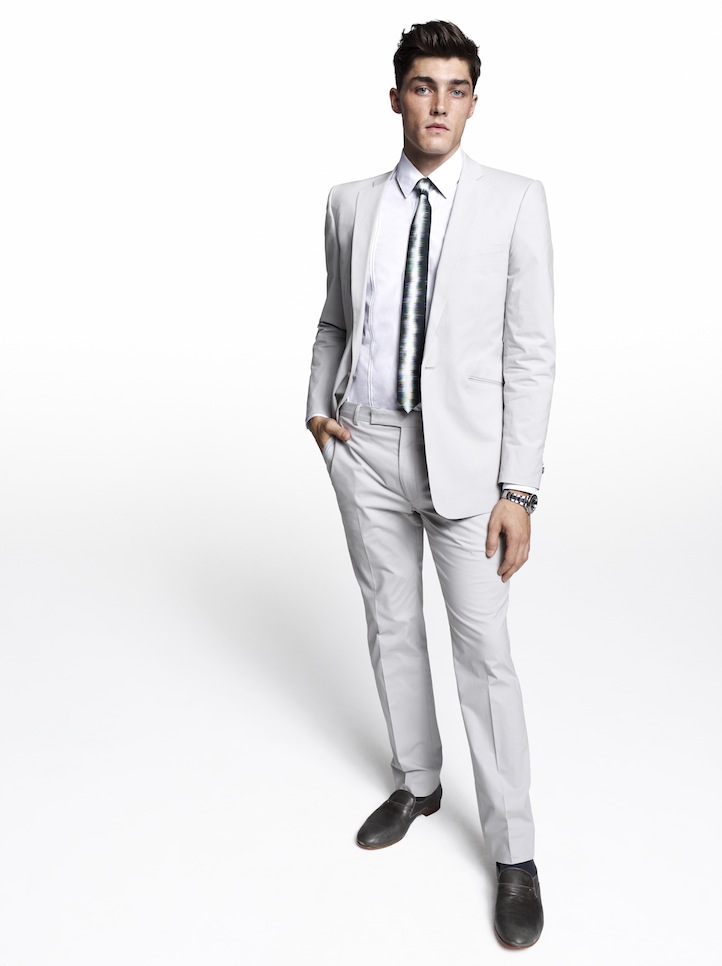 L+T: What are you currently working on?
NB: I’m developing Spring 2014 and producing the Fall ’13 collection. We’re really focusing on our digital strategy and building that from inside out by going direct to our customer, which has so many advantages for a young brand. The Spring ’13 capsule collection, that is currently available online, was a way for us to test the water and assemble all the moving parts. Fall ’13 is exciting because it will be a full collection with new categories of jeans, knitwear and outerwear, set on a new website and e-store.