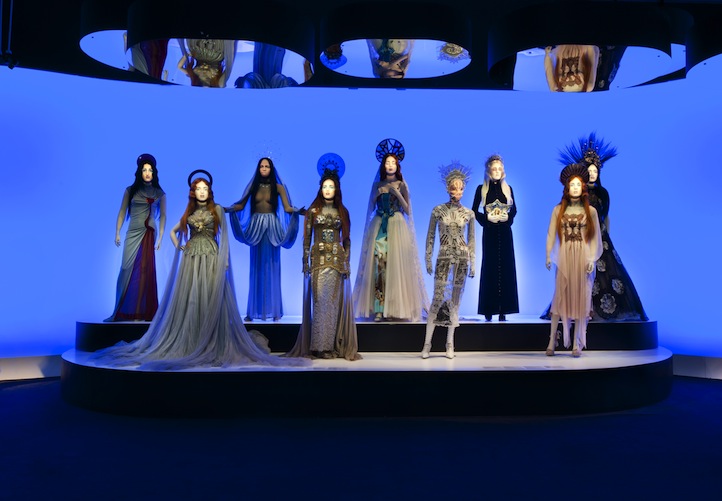 Through September 22, 2013, The Swedish Center for Architecture and Design (formerly Arkitekturmuseet) is showcasing THE FASHION WORLD OF JEAN PAUL GAULTIER: From the Sidewalk to the Catwalk, the first international exhibition devoted to the celebrated French couturier. Gaultier launched his first prêt-à-porter collection in 1976 and founded his own couture house in 1997. Dubbed fashion’s l’enfant terrible by the press from the time of his first runway shows in the 1970’s, Jean Paul Gaultier is indisputably one of the most important fashion designers of recent decades. Very early, his avant-garde fashions reflected an understanding of a multicultural society’s issues and preoccupations, shaking up – with invariable good humor – established societal and aesthetic codes. More of a contemporary installation than a fashion retrospective, this major exhibition, which features 120 ensembles and numerous documents, is particularly innovative in the theatrical mise en scène and multimedia approach provided by UBU/Compagnie de création’s animated mannequins. The exhibition’s curator, Thierry-Maxime Loriot, has succeeded in designing a Gaultier-esque creation in the form of an exuberant theatrical exhibition. Most of these pieces are being exhibited for the first time in Sweden, with exceptional loans from Madonna and Pedro Almodovar to name a few. Fashion show recordings, television programs, films, videos, sketches and photographs by leading photographers as Andy Warhol, David LaChapelle and Cindy Sherman complete the world of Gaultier.  The exhibition’s various sections provide a thematic approach to the world of Jean Paul Gaultier, tracing the influences, from the streets of Paris to the world of science fiction, that have shaped the couturier’s creative development. Holding up a mirror to the society that has marked his times, this exhibition, which Gaultier considers his “biggest show ever,” is punctuated by many excerpts from videos, some of them previously unreleased, as well as many never-before-exhibited prints from the greatest names in fashion and art photography, including Andy Warhol, Cindy Sherman, Robert Doisneau, Richard Avedon, Herb Ritts, Pierre et Gilles, Mario Testino, Mert Alas and Marcus Piggott, Inez van Lamsweerde & Vinoodh Matadin, Ellen von Unwerth and Bettina Rheims, to name just a few. An inside look, below…. 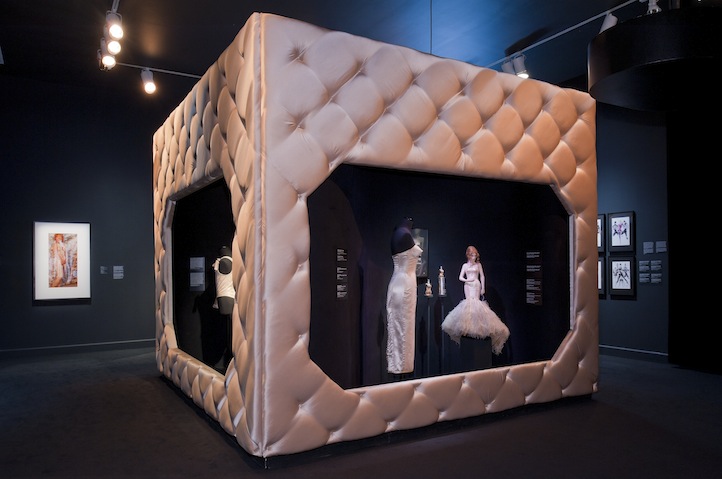 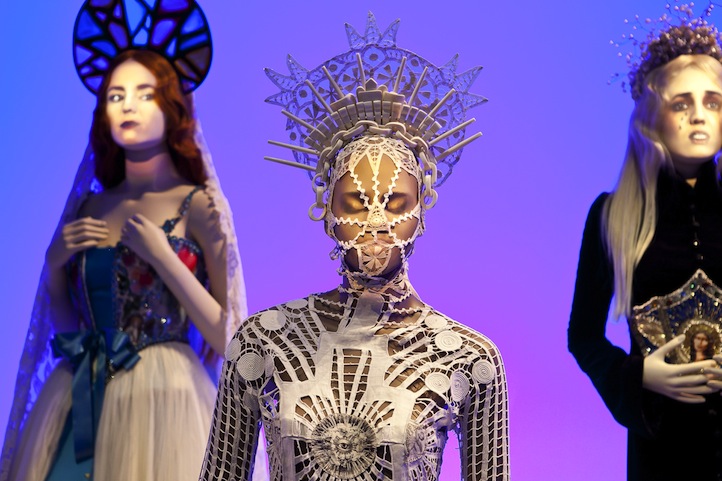 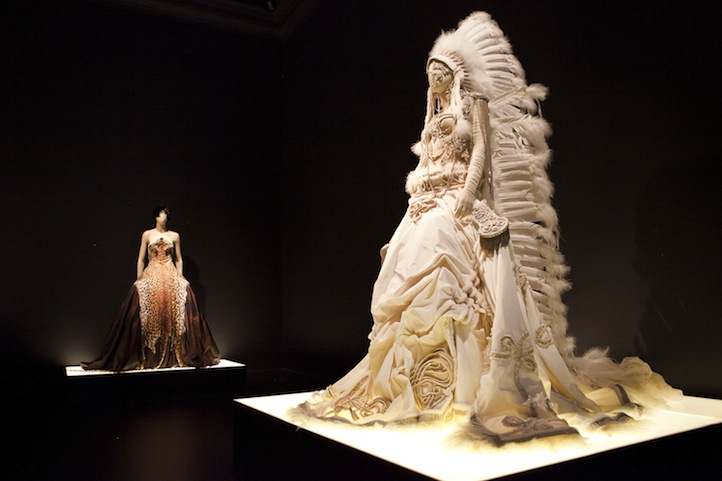 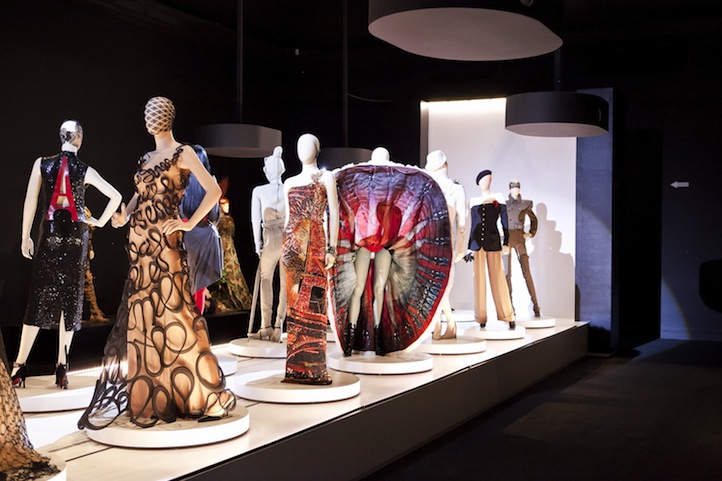