Trish Summerville, the talented costume designer behind visual works like The Girl With The Dragon Tattoo, Ray Donovan and Clubland is at it again, and this time with The Hunger Games: Catching Fire. Her designs have garnered a cult following – and online retailer Net-a-Porter has taken notice – commissioning her to design a capsule collection to coincide with the film’s release. Here, the Los Angeles-based visionary talks us through designing the costumes for one the year’s most anticipated releases.

Life+Times: You used to style musicians – like Pink and Christina Aguilera. How did you make the transition to costume design?
Trish Summerville: I think it would have been through the film The Girl With The Dragon Tattoo. I had worked on some independent films before and had assisted with design for Arianne Phillips too. But when it came down to doing my own thing, I’d have to say it was on The Girl With The Dragon Tattoo. It was crazy and it was a really exciting time for me. As odd as it may sound, I never had the feelings of being overwhelmed – I kind of knew what it should be. To [film director] David Fincher’s credit, he is completely collaborative and lets you create. He is communicative and has such a great vision that it makes it easy to work with him. I was completely blown away by him. It will always be a project that will remain close to my heart. 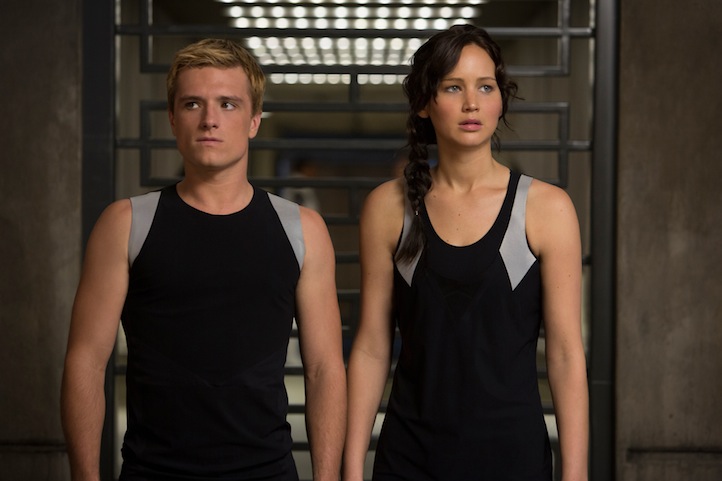 L+T: You’re the costume designer for the film The Hunger Games: Catching Fire. First and foremost, how did you even being to approach this task? Where did you look for inspiration?
TS: I kind of looked everywhere. I tried to compartmentalized different parts and most of the principle characters. I started by thinking what the overall world looked like. I had tons and tons of tear sheets and we had all these vision boards – hair colors, sky colors, clothing and what not. It was just tons and tons of research.

L+T: You’ve joined forces with NET-A-PORTER for an exclusive fashion partnership for The Hunger Games: Catching Fire called “Capitol Couture by Trish Summerville”. How did you make the aesthetic of the film wearable for the everyday customer?
TS: It was figuring out which pieces to take and transition into a ready to wear line – finding out which silhouettes worked and transition them into something wearable. Some of the pieces are based on what the main characters wear and then it was figuring out how to modify the garments. Mainly, we took out some of the extra structure and made the pieces more wearable. There is a pair of leather pants that is inspired by Cinna – Lenny Kravitz’s character. He’s such an awesome guy and I had a blast working with him on this film. 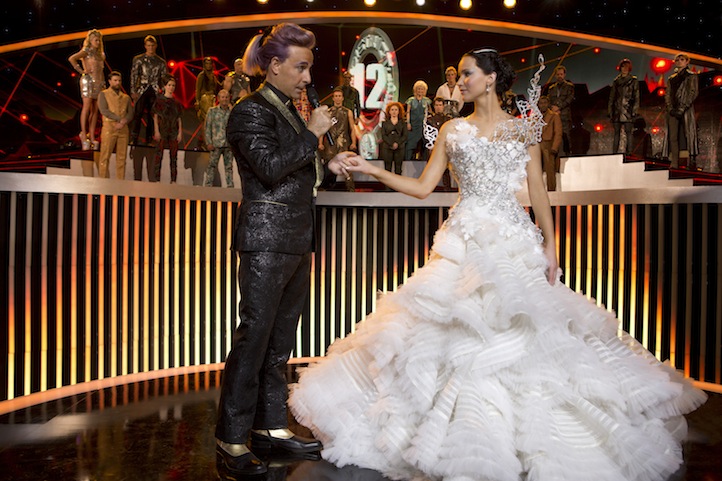 L+T: In terms of designer references, was there a certain designer that helped provide an overarching theme for the costumes?
TS: Not really as it was a bit of everyone. With Alexander McQueen, it was my main goal that the houses designs would help inspire the character of Effie. The last four McQueen collections were just so perfect for whom her character is and I wanted to be gracious and not greedy because it fit the best for her. The overall shape and fabrications worked perfectly for her. For everyone else, we worked with a slew of different designers and it was a collaboration of mini things. There was so much clothing in the film that we just had to source everything. For this one, it was a tad overwhelming because there were 70 or so principle characters and between the main characters – they had 40 to 50 changes. There were also 5,800 extras that we had to dress. I never stopped. At one point, we were doing 106 fittings a day for 30 days. Needless to say, it was a bit stressful.

L+T: Do you have a dream book you’d ideally love to turn into costumes? If so, what would it be? Why?
TS: Nobody has asked this question yet. I loved The Girl With The Dragon Tattoo and I’m doing Gone Girl now. I’m trying to think of a book that isn’t being made into a movie. I had two favorites but I just found out that they are being made into films. I would love to do something that would be a film based on Diana Vreeland – perhaps a documentary. Could you imagine the colors?! 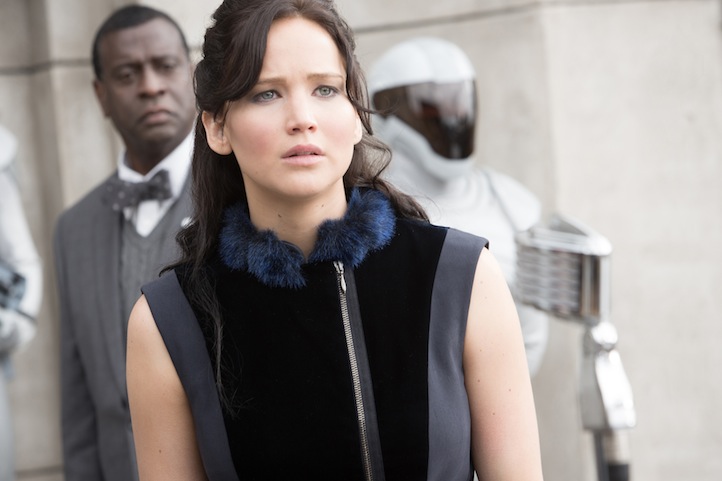 L+T: What are you working on next? What’s coming down the pipe?
TS: Right now I’m working on another David Fincher film called Gone Girl which is based on the book by Gillian Flynn. It’s shooting in Los Angeles and it’s totally twisted. Ben Affleck is the male lead and Rosamund Pike is the female star. It’s going to be awesome. 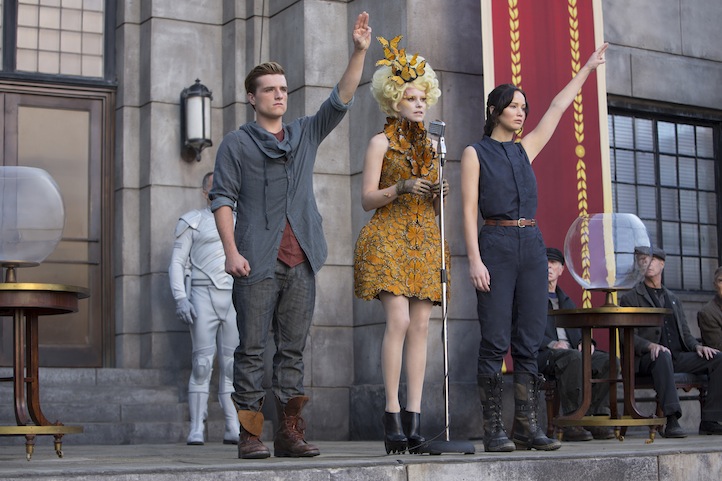