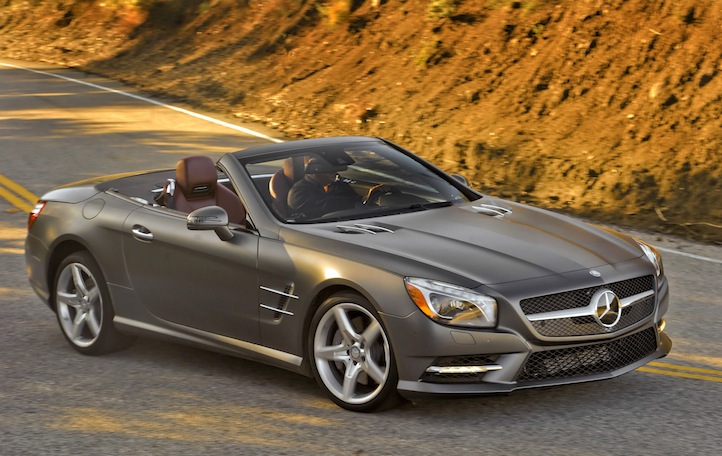 Picture a perfect California day, sun beating down, and the top dropped on a sparkling, new 2013 Mercedes-Benz 550SL winding up and down roads through the Hollywood Hills. The driver has an arsenal of technical speed tools and creature comforts at her disposal, which makes this the kind of ride that is a treat to maneuver through a night on the town or with wild abandon on an open road best suited for speed.

The 2013 Mercedes-Benz SL 550 is the sixth generation roadster from Mercedes-Benz, building off of the heritage of the original 1952 Mercedes-Benz 300SL. From the driver’s seat, the SL 550 offers a delicious, unparalleled convertible experience.

This six-figure sports car, with a base price of $106,375, melds performance and ultimate comfort. The “Airscarf” blows whispers of warm air on the passengers’ necks from the headrest. On a scorching, hot day the climate controlled seats keep the leather cool even in the sunshine. If something smudges the windshield, no need to put the top up to avoid overspray. The liquid sprays directly on the glass in a piece of new Mercedes technology. The windblocker behind the seats keeps the cabin air still even at high speeds and twisty bits. The music is clear and resonant in the air, as the low-end notes on the bass seem to rise up from the floor where the Harman/Kardon Frontbass audio system speakers are embedded. When the retractable hard top is in the upright position, the SL still delivers a spacious open-air experience, due to the Magic Sky Control roof that changes the glass façade from opaque to translucent — one step more sophisticated than tinted windows. 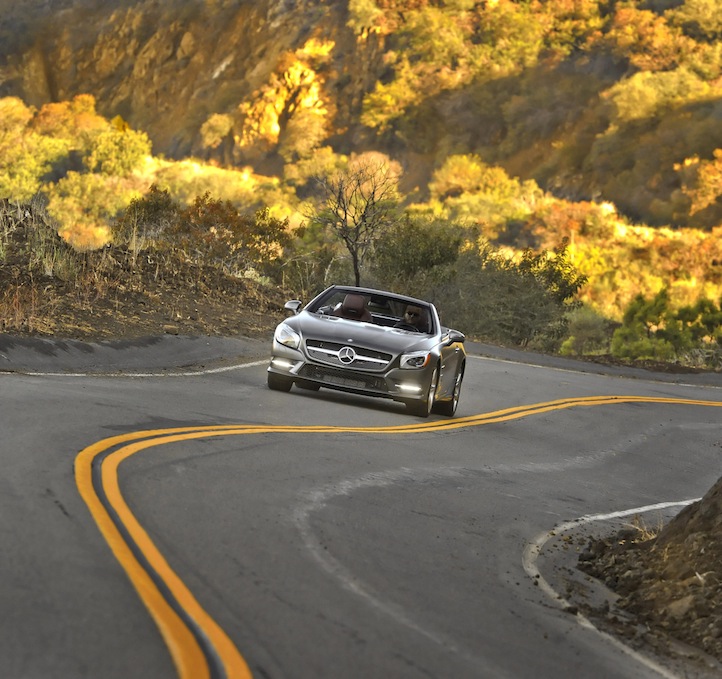 The SL 550 is light on its feet due to the use of aluminum — 275 pounds lighter than the previous SL, and two inches longer, which means it also gets decent fuel economy for a car of this power — 26 miles per gallon on the highway and 17 miles per gallon in the city.

Power comes in the form of a 435-horsepower V8 engine that goes from 0 to 60 miles per hour in 4.5 seconds. The ample 515 pound-feet of torque adds considerable growl. The engine seems to idle before its blips back into shape in a matter of moments, optimizing the gear changes. The driver’s seat bends with the contours of the body on the turns, and the paddle controls add zest of the wicked engine. Drivers can select sport or comfort in the optional active body control to maximize handling.

Where the SL has lost points from its biggest critics is in its exterior form — too many lines drawn on what was expect to be a more sinewy exterior. The side panels taper off into an angular upright rear. The challenge of stuffing all this wondrous gadgetry into a lighter, high-powered convertible seems to have gotten in the way of ultimate beauty. Still, it’s by no means an unattractive car, and envious LA drivers still oohed and ahhed at stoplights. Yet, at the end of the road, for the SL 550, it’s on the inside what matters most. 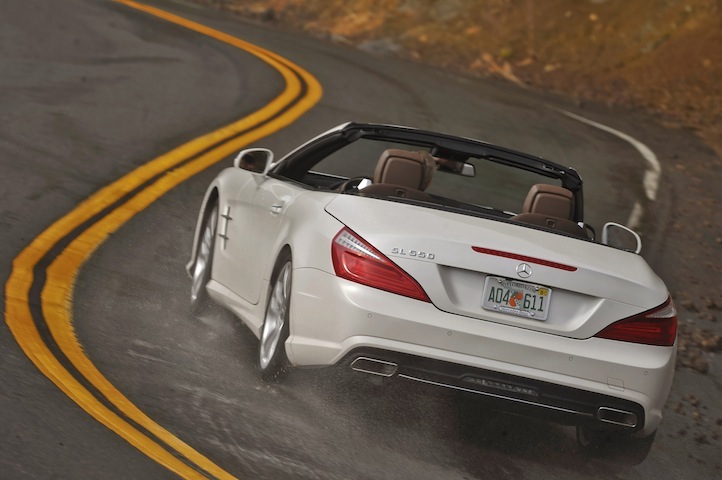