Model turned actress Tao Okamoto never thought she’d be seen on the big screen, but today, she makes her debut as Hugh Jackman’s love interest in The Wolverine, playing Mariko. Here, she speaks to Life+Times about her unlikely climb to the top.

Life+Times: Today marks your film debut, staring alongside Hugh Jackman in The Wolverine. How did this come about? What was your audition process like?
Tao Okamoto: My Japanese agent called me and told me about this audition but I hadn’t planned to act before, so I said, “I’m not interested,” and she said “Are you crazy? You’re going to play the love interest of Hugh Jackman in the movie!” So, I changed my mind, because I was huge fan of Hugh, and had my first video audition in New York. A week later, I met [The Wolverine producer] James Mangold in LA, and he made me realize that this was what I had been looking for! I fell in love with his way of directing me. At the last audition, I was a reading with Hugh back in New York and he wanted to try an improvisation and we ended up kissing each other, which wasn’t scripted. About two weeks later, I was in Sydney already preparing for the shoot.

L+T: You’ve been modeling for the past few years – including shoes for Chanel, Ralph Lauren and more. Why did you initially enter the world of modeling?
TO: I’ve been modeling for 14 years. I didn’t always have a successful career but since I moved to New York, things have changed and I was able to make my dreams come true. I was always the tallest girl in school and had a hard time with understanding why I was born in this figure, so different from other kids. Classmates made fun of me and made me feel like I was an ugly creature. Then one day when I was 14, someone on the street asked me to model and I thought maybe I could be confident if I became a model.

L+T: It’s rare for a model to transition into the film world – but you seem to be making great progress thus far. What did you learn about yourself while the filming this movie?
TO: I know I’m very lucky to start my new career at such a fast process and with such a great cast and director. I always hated when people asked me “Are you going to act after modeling?” because it sounded like they thought models are below actresses, and I was so proud for being a model, so I was kind of avoiding that transition. But after five months shooting the movie, I realized I have been always acting on photo shoots and runways. I love being and expressing someone else on set and using my full body, including my voice, in motion. It was just my dream. I also often felt frustration when I modeled because I never felt enough like I was part of a team. Some people wanted to treat me as just a puppet, but on the film set, people respected my opinions, appreciated my ideas. Spending that long of a time with the same crew made me feel like I was a part of this creation. 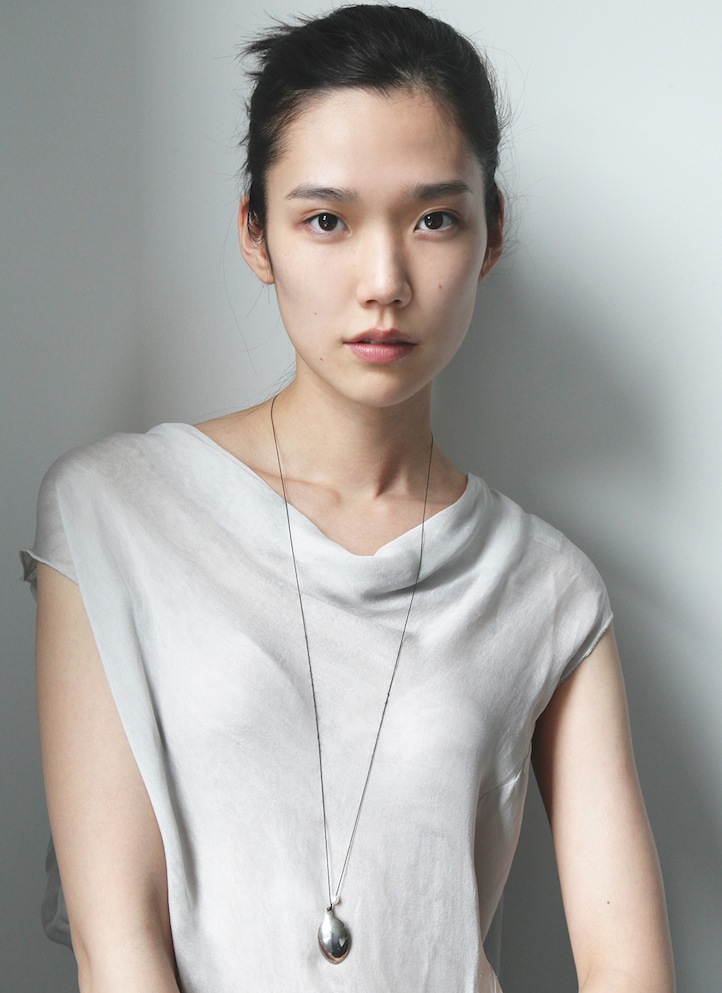 L+T: I heard a story that you made Jim Mangold cry. Is this true? If so, what’s the story behind it?
TO: He didn’t actually cry but when we filmed a scene that I had been working on since the audition, he realized how different I was from the first audition and after the scene, he visited me in my dressing room and said, “You almost made me cry, it was beautiful. You have grown up so much in this journey.”

L+T: If you had to choose between modeling and acting – is it true you’d ditch both and try your hand at set design?
TO: I was so fascinated by the set design on The Wolverine. Every time I stepped onto a new set, I was so excited and even the little props and details of every texture was just amazing! I don’t think I will give up modeling or acting now, but maybe set design is in my future.

L+T: You’re one of the most recognized faces in Japan. What has changed since word got out that you’re now going to be on the big screen?
TO: I was known only by people who were into fashion because high fashion in Japan is a very small world and I don’t appear on TV. But after this movie comes out, more people might recognize me and if any girls become interested in me and my background, I hope to be able to encourage them to make their dreams come true even if they have a difficult adolescence. That’s something I’m looking forward to as a result of being recognizable.