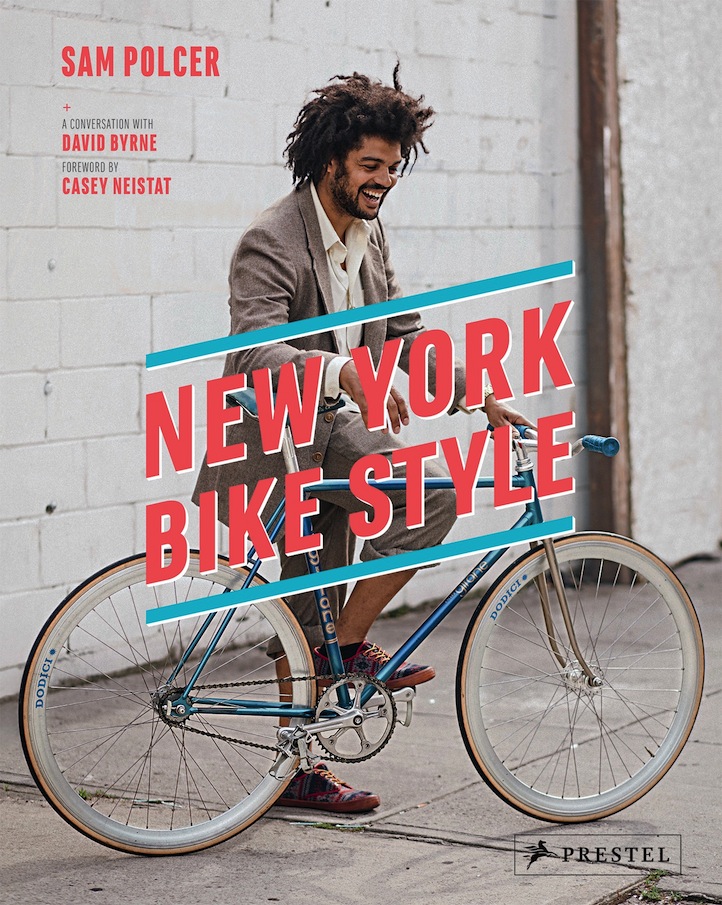 Sam Polcer has always been infatuated by bicycles – and it al stemmed from the very first BMX Diamondback that his parents bought him years ago. Recently, he launched a book, aptly entitled New York Bike Style , showcasing the sartorial choices associated with his preferred mode of transportation in the Big Apple.

Life+Times: What’s your earliest memory when it comes to riding a bike?
Sam Polcer: There’s a lot about the day my parents bought me my first bike, a BMX Diamondback, that I’ll never forget. The excitement I felt, what the cavernous shop full of bikes out on Long Island smelled like, and how I couldn’t wait to get back home to ride the bike around. Turns out the anticipation was justified; that thing was so much fun.

L+T: Where did this initial idea stem from? Why did you want to put forth a book of all your images?
SP: To be honest, I was approached with the idea, sort of. I had written and photographed a number of bike-related articles for the various magazines I had worked for over the years, so a friend, Ali Gitlow, who works as an editor at Prestel, asked if I’d like to contribute to a photo book on New York cyclists. I made a case for why I should shoot the whole thing, and she went for it. I launched the project as a blog while I was shooting, partially to build an audience but also to keep myself on task. I knew that if I posted several times a week, I’d meet my deadline, and I’d be forced to go out and find people during all four seasons. It worked. 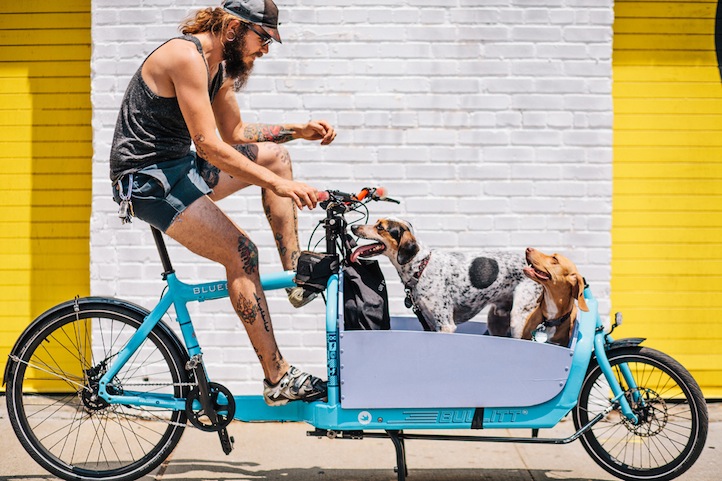 L+T: What does “bike culture” mean to you – especially as it relates to NYC?
SP: New York bike culture is as multi-faceted as anything else in New York, and would be impossible to define. There’s such a broad spectrum, from fashionistas carrying their groceries in their baskets to hardcore bike messengers, with so much in between and outside of that. BMX dudes, cycling advocates, commuters, kids, old people… The book could be so much longer. On a broad level, I’d say the folks who ride bikes in New York have tapped into an aspect of New York life that others are missing out on. If being a New Yorker means diving headlong into life and getting the most out of their environment–even when you’re merely getting from point A to point B–bike riders and, to a certain extent, skateboarders, have found a way to make that happen. We get there faster, we see more along the way, and when we get there, we’re invigorated. Transportation-wise, the alternative can often be frustration or drudgery.

L+T: When you were putting together this book, what was the original mission? How did it change and evolve throughout the editing process?
SP: The idea was to photograph New York cyclists with an eye toward the more stylish among them. The trick was to keep it from being same-y. I didn’t have a lot of time with each subject, so thinking fast to make sure I was trying new things compositionally every now and then took a bit of effort. It was a great learning experience as a photographer, having to adapt so quickly to different environments. Ultimately, the mission is and always was to show that riding a bike can look as good as it feels. That never changed. Lots of organizations are doing a great job at fighting for safer streets, like Transportation Alternatives, or teaching people how to ride, like Bike New York (where I work), but I hope that my blog, Preferred Mode (and book, New York Bike Style), can simply get people interested. ‘Cuz once someone gets on a bike, it’s a product that sells itself. Unfortunately, in many cities around the world, bike riding is seen as something you do when you can’t afford a car, which is a shame. So if eyes are on New York—as assumption that, as a New Yorker, it is practically my duty to make—I want to show them that for us, that’s not necessarily the case. That’s one of the reasons I get psyched whenever a friend sends me a photo of my book in a shop in, say, Bangkok. It’s my own form of advocacy. 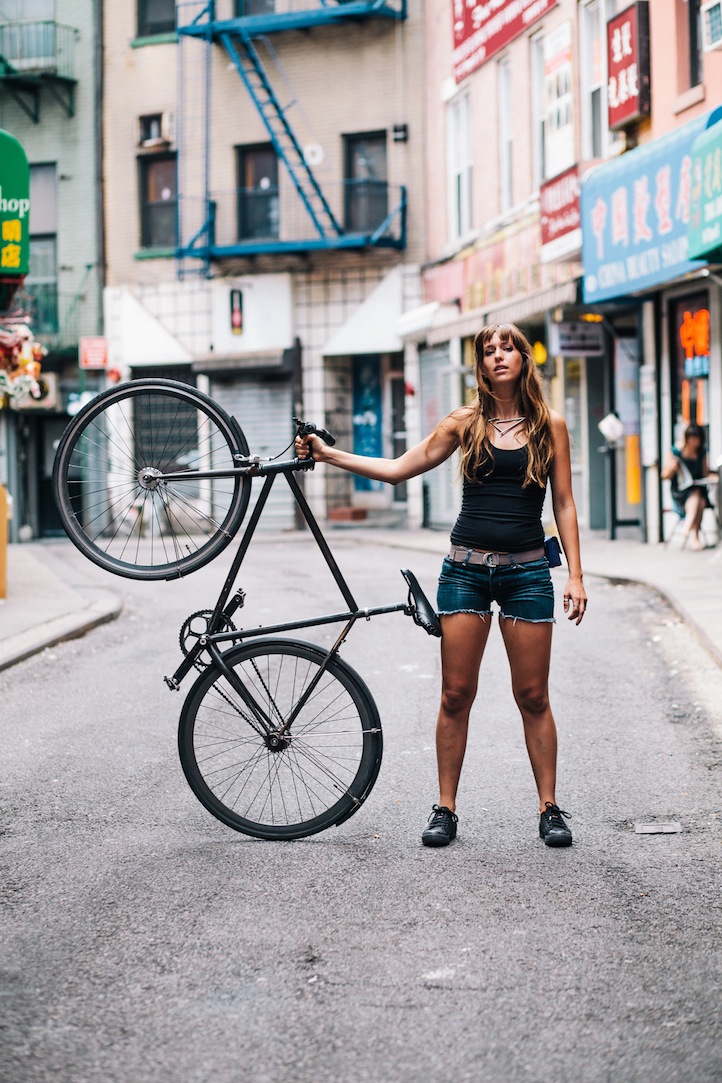 L+T: You combed through all five boroughs taking photos of your subjects – how does each borough differentiate in regards to style and “bike culture”?
SP: I think that whatever differences there are in bike culture have to do with the demographics of the area and the presence of cycling infrastructure. Needless to say, Brooklyn is well represented in the project, followed by Manhattan. Staten Island… not so much. That said, I was not so concerned with chronicling the differences as I was just finding what’s out there. Subsets did emerge, I guess. I had a lot of fun shooting the BMX folks up in The Bronx at the Mullaly Skate Park (across the street from Yankee Stadium), and hanging out with the members of the Puerto Rico Schwinn Club in Bushwick, for instance. 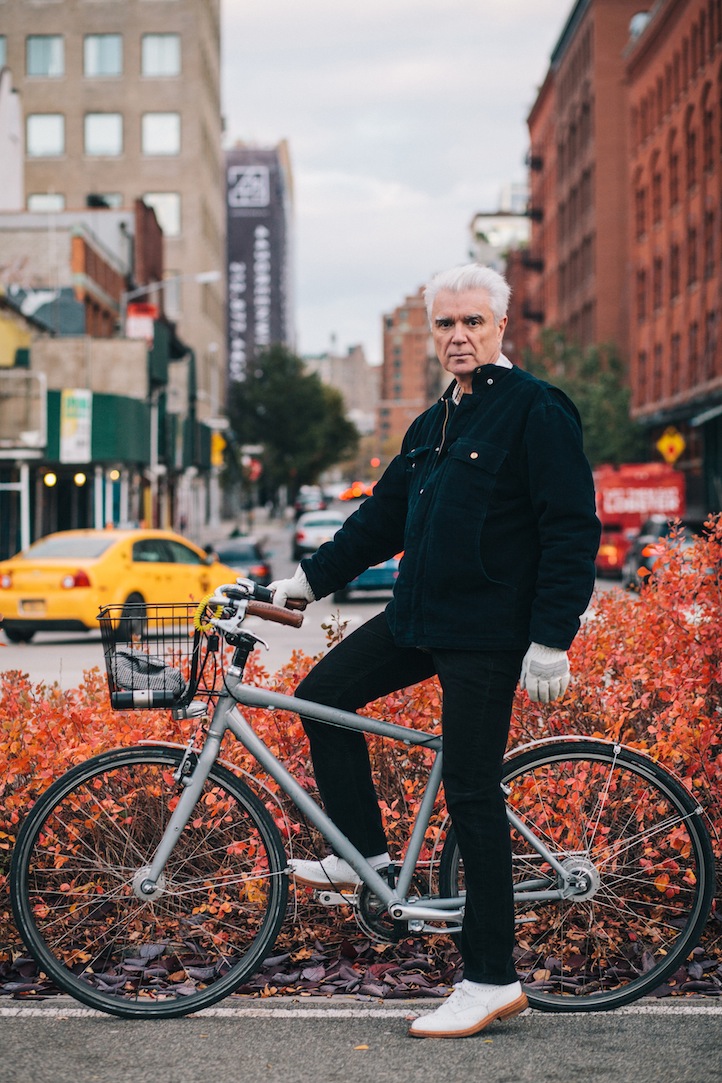 L+T: What do you want people to take away from your book?
SP: I want people to see how awesome bike riding can look, and how amazing New York City is. Occasionally people will tell me it inspired them to ride their bike more, and when I hear that…. oh man.

L+T: There’s a conversation with David Byrne in the book. How did this come to be?
SP: My people talked to his people. And then, one day, we agreed to meet on a certain intersection, and down the bike lane came riding one of the greatest creative minds of the last few decades, and definitely the coolest cycling advocate, to have his picture taken and have a chat about bikes. Turns out his views on the subject are quite similar to mine. To quote him in our conversation, “Let people come around to it on their own and then they’ll feel like it’s their idea, and they’ll be with you instead of feeling as if they’ve been dragged along and beaten up.” And we approach our cycling lives in the same way. For us, riding a bike is more about getting from an art opening to a concert to dinner to a bar in one evening, or exploring a place, than about buying a $10K bike and training for next month’s big ride (not that there’s anything wrong with that). 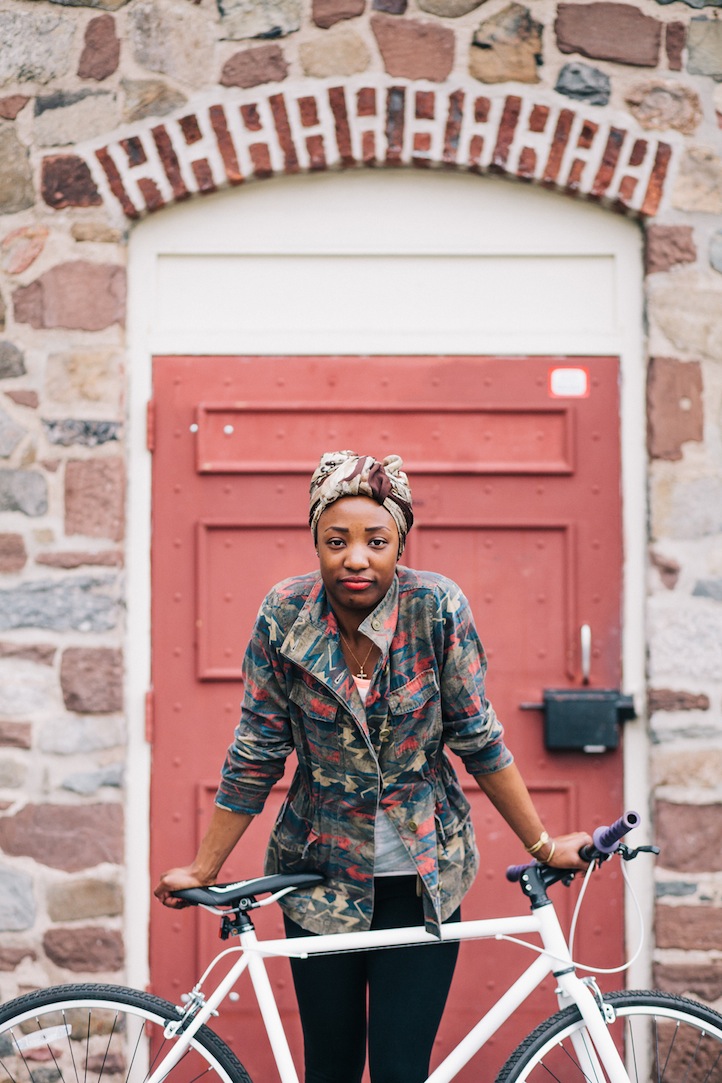 L+T: Casey Neistat is also a contributor, and someone we’ve featured on Life+Times. In which ways was he involved?
SP: Casey’s amazing. Basically, we asked him to write a foreword and pose for a portrait. He’s a former bike messenger who has made some of the most popular urban cycling videos on the internet. A lot of people know him from the video in which he is ticketed for riding his bike outside of a bike lane, and then proceeds to show what would happen to him if he never left the lane; it culminates with him riding into a parked cop car. It’s hilarious and disturbing. Viral gold. I had been a fan for a awhile. I met up with him at his studio, having picked out a nice-enough street corner right outside for a portrait, thinking we wouldn’t have much time. Instead, he wanted to hang out in the middle of Broadway during rush hour while I snapped his picture, and then went on to suggest doing some shots where he’d toss his bike up in the air as high as possible. 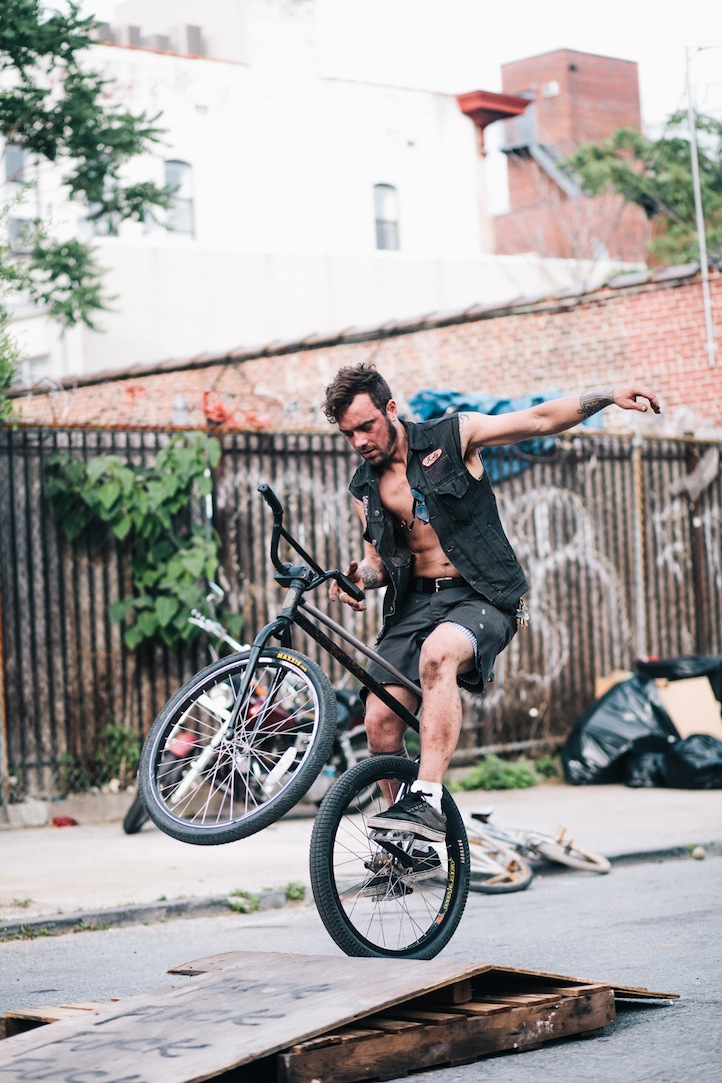 L+T: What are you working on now? What’s coming down the pipe?
SP: I’m continuing to shoot for Preferred Mode, and there’s going to be an exhibition of some of my bike photos at the Levi’s Commuter Workspace in Williamsburg, with an opening and a book signing on July 16th. I’m starting to think about how I can keep the blog going financially, with sponsors, etc. I’m also taking on a few travel assignments, shooting nightlife for The New York Times, and thinking about a few projects I’d rather not talk about until they actually start happening. This is in addition to my full-time gig as the Communications Manager for Bike New York, the city’s leading bike education nonprofit. We teach people how to ride bikes with the proceeds from the rides that we put on, like the Five Boro Bike Tour. I’m psyched for all of it.