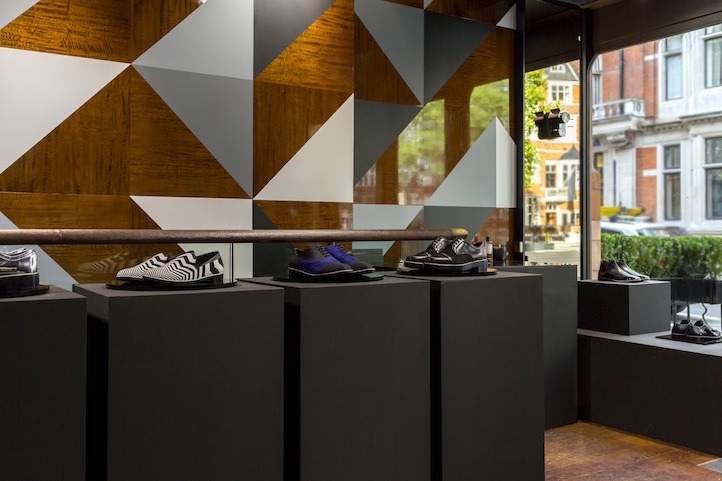 Nicholas Kirkwood has signed a three-month commercial lease, taking a prominent retail space on London’s Mount Street to mark the launch of his debut men’s collection. The store will be the first to house the men’s Autumn/Winter 2013 collection in its entirety (running now until mid January 2014). The Nicholas Kirkwood men’s store joins the flagship women’s store on Mayfair’s Mount Street, widely recognized as London’s premier luxury retail destination. The space envisioned by architectural designer Mehrnoosh Khadivi, a simple temporary set design where the collection is shown in an all black environment and is an evolution of the “London Collections: Men’s” installation that Kirkwood showed this past June. Using the existing fabric of the space a series of monolithic plinths have been introduced which is in direct contrast to the displays for the women’s collection seen in an all white almost gallery-like scene. The addition of two Motorlight Wall lights (a variable angle uplighter that allows the user to adjust the beam angle between 10 and 120 degrees) in the windows create a modern and interactive environment. 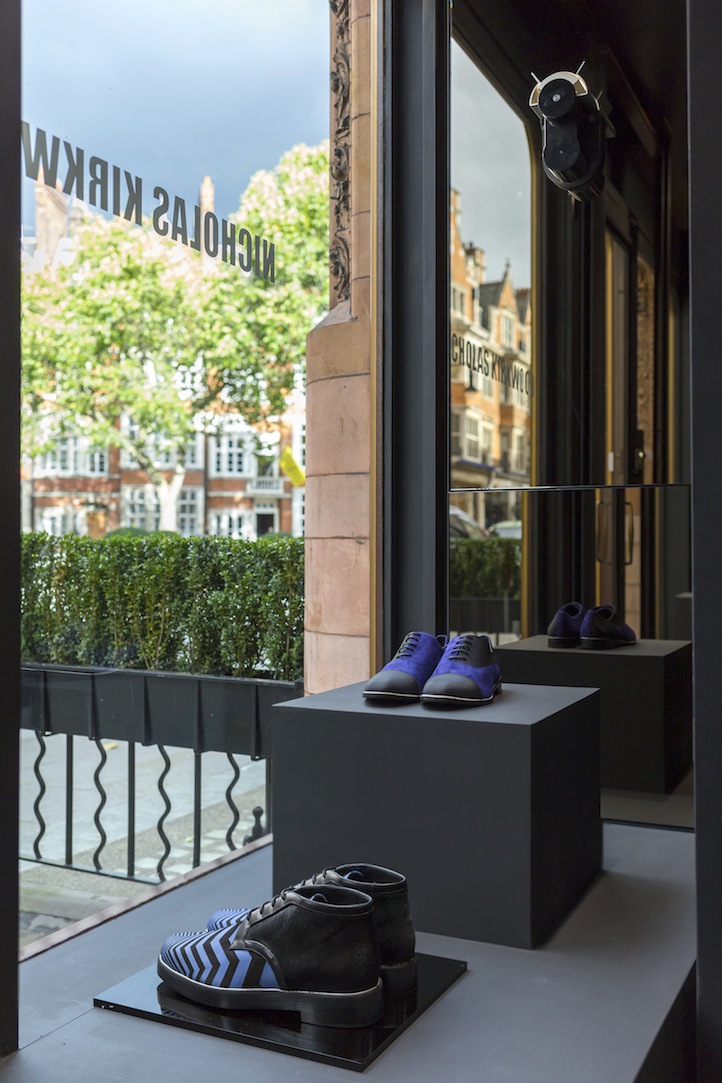 Kirkwood originally started his shoe design career hand making men’s shoes for himself as well as special orders for clients, before deciding to launch with women’s in Spring 2005, challenging conventions of luxury footwear in this market. Similarly to his women’s line, craftsmanship plays an integral role in Kirkwood’s men’s collection highlighted by the use of geometric forms, as well as a considered attention to line, proportion, and intricate detailing. The debut collection was showcased in January of this year as part of London Collections: Men. All of Nicholas Kirkwood shoes are 100% handcrafted in Italy and made of the highest-grade materials available, often utilizing innovative techniques to develop custom-made leathers and fabrics. 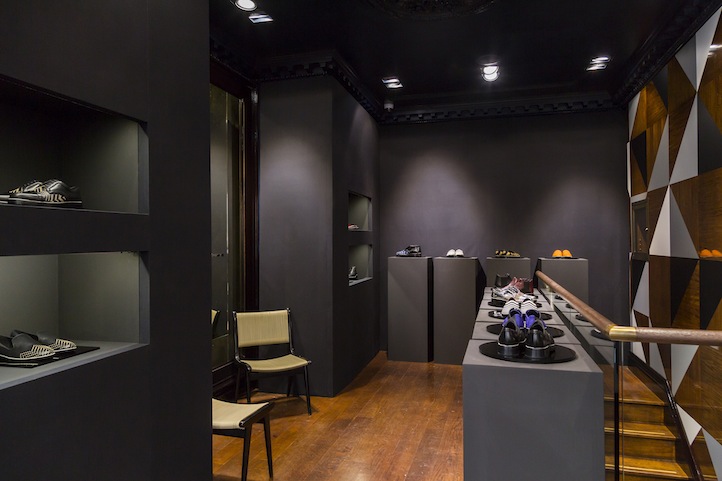 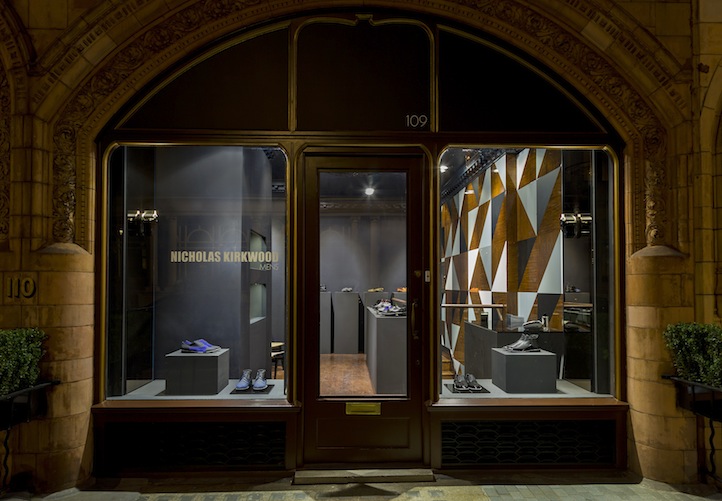 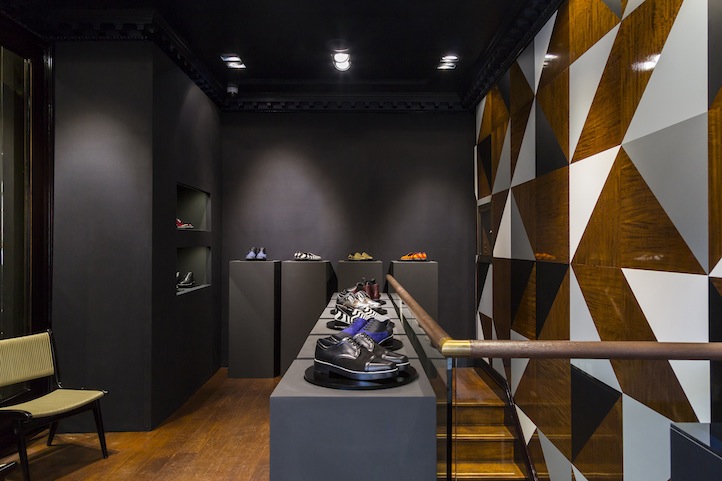 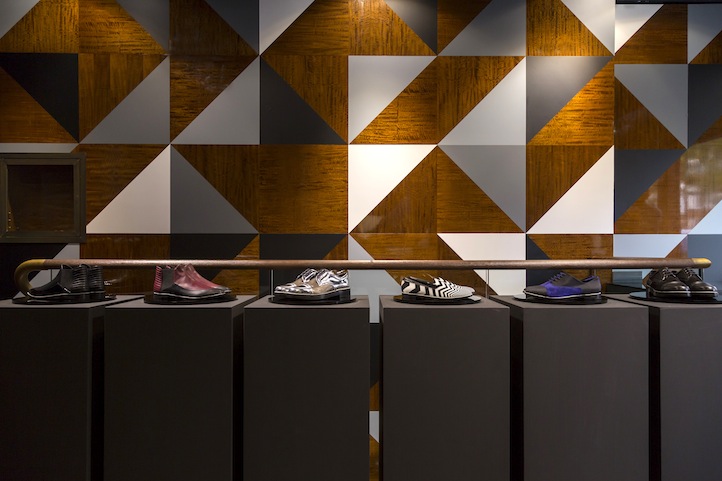 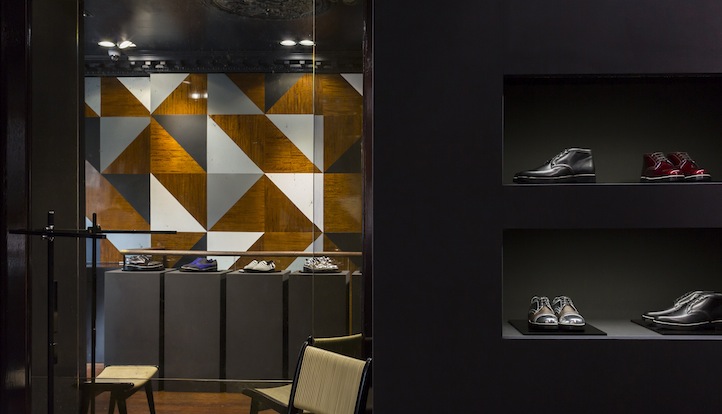