The effortless cool and relentless self-destructiveness exuded by Californication’s Hank Moody portray a nostalgic tribute to the “bad guys” of rock n’ roll, the devastatingly disheveled characters behind Hedi Slimane’s lens. Coming into its seventh and final season, Californication is a tangle of razor sharp wit, ill-fated quests for whatever it is that’s left to conquer at two in the morning, and a pointedly on-cue music selection. The show’s featured the classics—Rolling Stones, The Kills, Bob Dylan, along with lesser known names, such as John Neal or Queens of Dogtown, a fictional band fronted by Zoë Kravitz.  The music that frames the narrative of a whisky-drinking writer who drives a 1990 Porsche Cabriolet with one smashed headlight is just what you might expect; killer. Life+Times caught up with Nora Felder, the music supervisor for Californication, to find out what the job description really entails, what we can expect from the final season, and what she’s listening to these days.

Life+Times: How did you get into this industry?
Nora Felder: I have always been a music lover, and so when I moved to New York City, I got into working as an assistant a very well-known music produce named Phil Ramone. Within a couple of years it had moved pretty quickly from there, and I became the vice president of his production company. I did that for a few years, and then I ended up segueing out to Los Angeles, always being very good with zeroing in with songs. I think it was a natural progression from working with artists and various aspects of music production to then venturing into music supervision. It happened very organically: one thing led to another, someone introduced me to a music supervisor, we decided to work together, and the general idea was for me to come in and learn the ropes—and then quickly segue into forming a partnership and do some of it myself. I picked it up pretty quickly, and within a couple of years I started doing it on my own—and the rest is history. 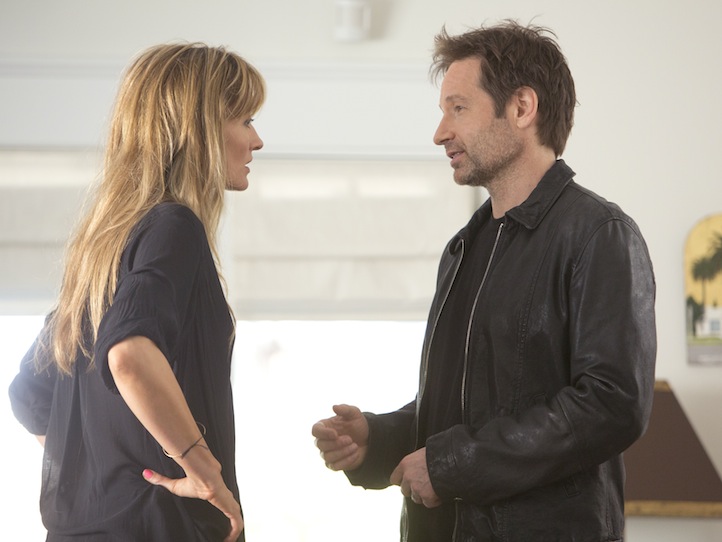 L+T: What exactly does your job description entail? Does it sway from each project that you work on?
NF: My role is to supervise the music of any given project. That encompasses walking over the music budget, helping find and enhance a musical vision, and obtaining the licensing rights. Sometimes you’re involved with the composer selection; at other times you’re not. It varies a little from project to project, but basically you supervise all the music decisions for a project. It takes a certain type of person to do music supervision; you have to be great at thinking with both your left brain and your right brain. I think there are a lot of misconceptions about the job: that you just sit and dream up of cool songs around the universe, but it’s a lot more than that. You have to be very organized and research savvy; you have to know how to cut negotiation deals, balance budgets, and appraise songs accordingly. In the long run it’s a very rewarding job for someone like me, with my background and what I can contribute to it. I have been doing this for years, and I learn something new every day—I constantly have experiences that I’ve never had before. Different projects call for different things.  It’s almost like being a character actor when a show or project takes on a certain identity, and another will have a completely different identity. Everyone thinks music supervision is about all the music you love and listen to, and the music you grew up with. But in reality it’s not your vision of what you think is great music. You’re enhancing someone else’s vision, or someone else’s characters, and what music they would listen to—not your own. An iTunes full of songs doesn’t mean you’ll make a great supervisor. It’s a much more specialized skill-set than people realize. 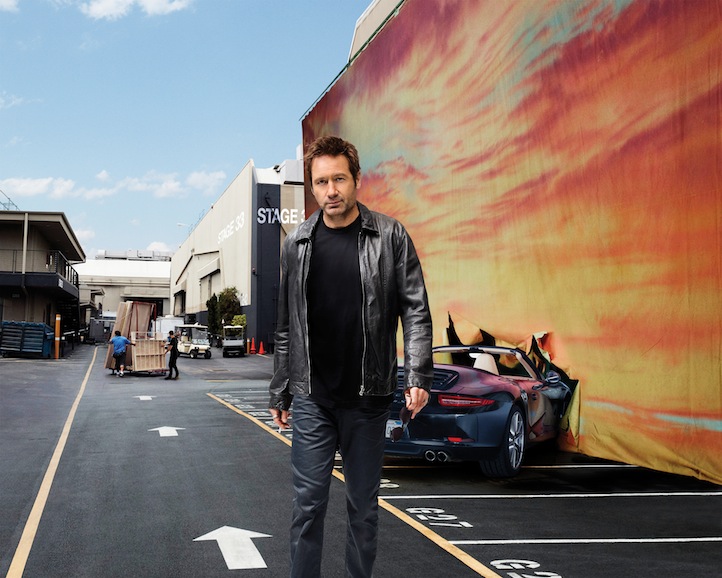 L+T: What can we expect from the upcoming season, in terms of musical arrangement?
NF: The tone will stay as it’s always been. That hasn’t changed. The type of music appropriate for Hank’s character will remain the same; it’s a continuation of what it has been, and is consistent with what it has been in every season. The music is always going to be what would be appropriate for the different characters. Hank is still Hank, and has been Hank every season. 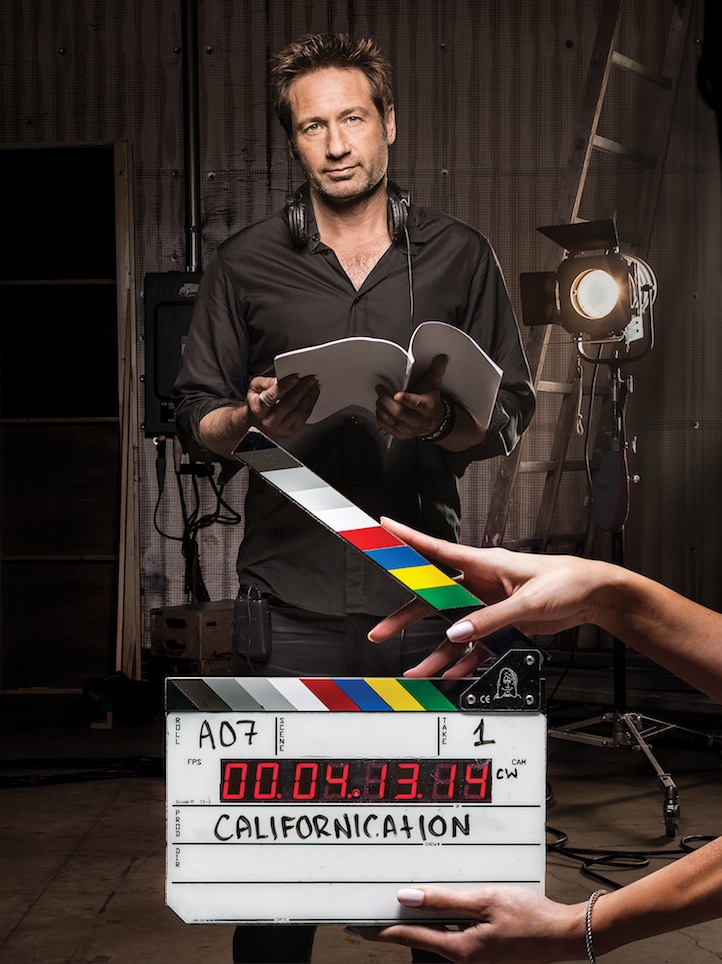 L+T: What is one soundtrack that you’ve worked on that stands out the most?
NF: I really loved working on the soundtrack for Californication. There isn’t one season I enjoyed working on most. Every year we had a different label, and that’s mainly because we’ve always wanted to maintain that the music we use comes first. We never wanted to “get into bed” with a label that has some preconceived notion, or who would infuse an artist from their label into the show. We never wanted to have that hanging over us. We just wanted to put out music that we believed was right for the show. And if there was a label that was interested in the music and characters, that’s great. So because of that approach we never went with a major label. We really organically wanted to choose songs that we felt were effective. We wanted to be able to make choices based on what we felt was appropriate, and not have any added element forced on us. We’ve never really made any money on the soundtrack, which is fine, but we really felt strongly about that aspect. We just didn’t want to give that up, and it’s something the producers felt very strongly about. Music is like a main character on the show, and we wanted to have that character have certain liberties and freedoms. And for me it was the most rewarding soundtrack experience because of that. After a couple of seasons of Californication someone had told me that I was a tastemaker, and I found that really amusing—because I’ve never thought of myself as a tastemaker. I was just finding music to enhance the characters of an amazing show. 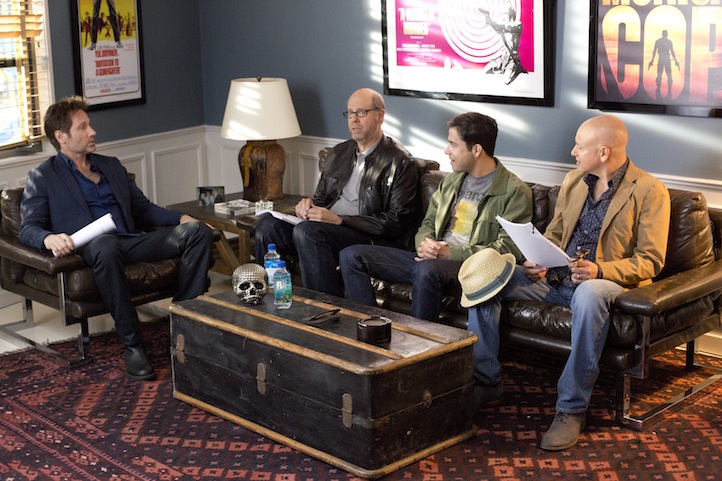 L+T: What’s your research and preparation process like as you approach each new project?
NF: First and foremost, after reading the script I go over the tonal vision that producers or filmmakers might have for the project—generally, as well as musically speaking. Using those discussions as a springboard I start my process of reaching out to the universe through all the many varied entities one can imagine in doing so, and pulling the music or artists that I think would be appropriate. I try to always keep my radar very open to whatever is going to land from the universe, and whatever direction it’s going to come from.

L+T: With Californication, you did something quite unique, where the music for each episode was available online on the Showtime website as the episode aired. What was the idea behind this?
NF: What we do is, when the show airs, we post the artist and song title on the website, so that anyone can go onto the Showtime website and look up the artist. When someone watches the show and goes, “Hey, who was that?” [they can find out]. It’s a great resource, because there are no credits at the end. So the only way someone could look it up is go online and look it up there. It’s done so when a show airs, when someone hears a song that resonates with them, there’s a place that they can look for it. Starting with season one, right away I asked Showtime if they can put that feature on the site. It’s done so that people can know what the music is, and get to it if they wanted to. I would like people to be able to get to the music. When I have trying budgets and am unable to pay a lot of money to an independent artist because of that, I want to keep things as open as possible, and give them recognition and revenue in other ways. It’s the least I can do. I love music, and artists, and I want to support them in any way possible. And Californication is amazing because I’m able to not only work with music from some of the biggest artists of all time—including Led Zeppelin, for instance—but I was also able to discover over the years some amazing indie artists and dive into music from other decades that I hadn’t known about previously. I have to say, I think we did a good job. It’s something I’ll be proud of for years. I was really lucky to work with the creators, such as Tom Kapinos, who loves music. Tom’s an amazing partner in musical crime to bounce ideas off of, and spend late nights tossing things back and forth. It was a wonderful vibe, and we’ll all miss Californication, and we’ll miss Hank. I hope ten, fifteen, twenty years from now people are going to watch that show, and love the music. I think the music for our show, for the most part, was timeless. It’s what I was always trying to accomplish.

L+T: We couldn’t end on good conscience without asking this: what’s on your iPod right now?
NF: I’m always all over the place musically, but to give you an example, the artists I’ve been listening to today were Jim James, Rudimental, Pretty Lights, Trentmoller, Alice Russell, Lil’ Wayne, Louis Prima, Joni Mitchell, Hammock, Phospherescent, Johnny Cash, and Ethan Johns. But tomorrow’s another day!