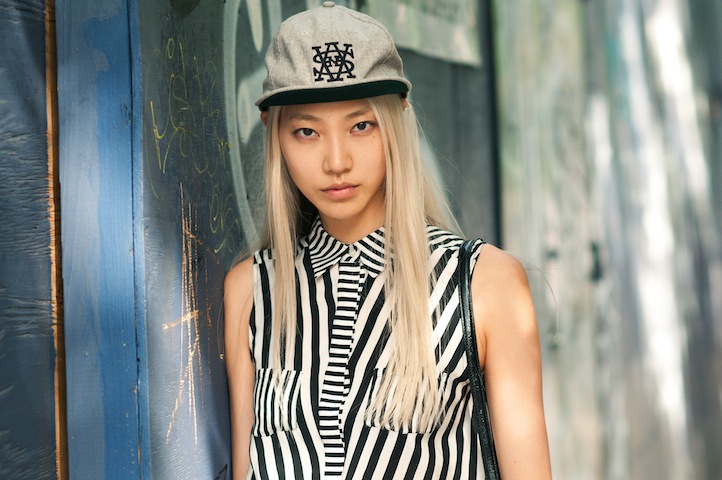 In her spare time, model Soo Joo Park, who is most recognized for her bleached long locks, likes to make cocktails (and drink them) and talk about architecture – after all, it’s what she studied. Her knowledge of all things design is vast and hearing her speak about her favorite architects is reminiscent of an energetic girl talking about her first kiss. She counts Carine Roitfeld as a mentor, was star struck for her first encounter with Karl Lagerfeld and in all honest, never thought her career as a model would last this long. Here, the self-proclaimed “archi-nerd” talks to Life+Times about finding ways to stand out in a crowd (you can thank her hair colorist for that).

Life+Times: When and why did you bleach your hair for this first time?
Soo Joo Park: The whole bleach idea started when Roman Young, the director at my agency, Wilhelmina, suggested that we try something different with my look. We thought it could maybe be the thing that gave me a little more edge that reflects a bit of my personality. Since I’m always a fan of makeovers and renewal, I thought it could be a good idea.

L+T: In some ways you are most recognized for two things,  your hair and being an Asian model. Do you hate being put into “molds?”
SJP: Well, I hate molds, but I suppose it’s inevitable. Stereotyping and typecasting are ways for people to try and understand in a conventional sense, and that’s so boring. On the other hand, you can use it to your advantage to become a representation, or an icon, of that idea. 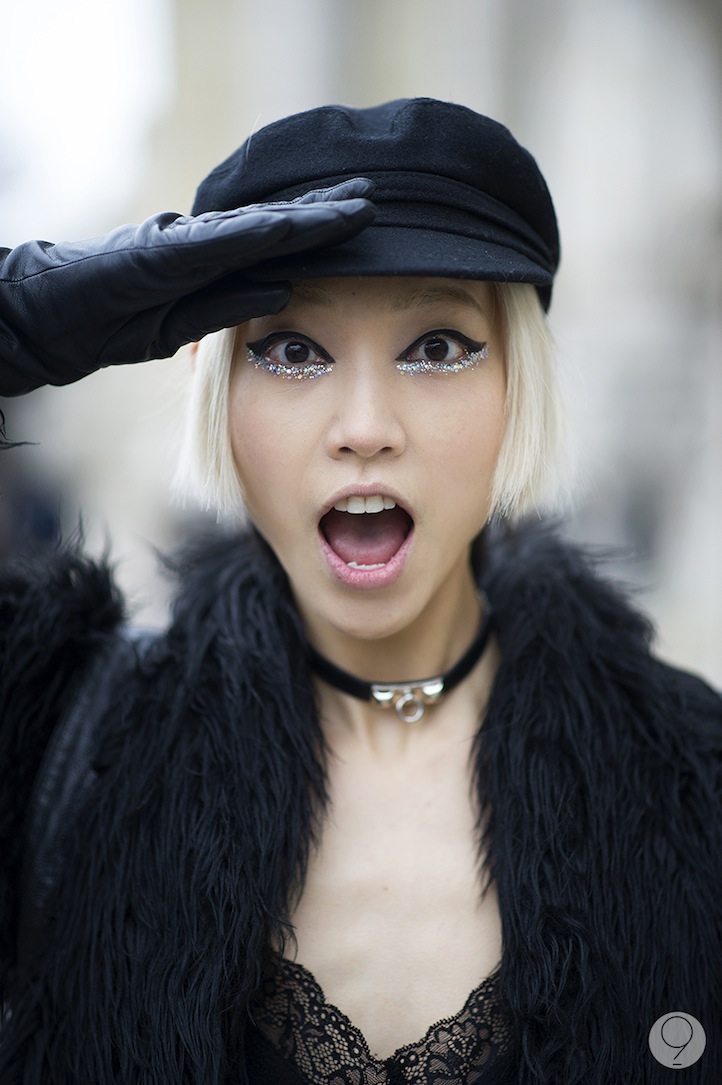 L+T: You were born in Seoul, South Korea but grew up in California. Having visited since, how has it changed since your early memories?
SJP: When I was growing up, South Korea was my universe; my neighborhood, my city, my country, it was all I had known. When I first visited my relatives in California, I had a mind-opening realization that there was so much more than what was in my immediate surroundings. I wanted to experience new cultures and live; I had to get out of Seoul. When I turned ten years old, I begged my parents to send me abroad, and that’s how I initially got to California, on 1-year student visa. I’ve always been this way, wanting to know more about what’s out there. But of course, Seoul has a special place in my heart. To be honest I don’t remember what the city was like as a child, but I love going back. It’s become quite an elegant, bustling city with impressive city skylines and amazing transportation system.

L+T: What was your very first paying job? Do you remember?
SJP: In high school I tutored my parent’s friend’s kids and got paid $15 dollars an hour under the table. My first proper part-time job was during college when I worked at our school’s architecture slide library. My job was the most tedious thing ever and I hated my boss. I stopped listening to her when she’d talk to me and go hide in the corner to take naps. One day she sat me down and asked me if I had ADHD. I answered, “No, I just find you and this job painfully boring” and walked out.

L+T: The fashion coming out of Seoul is incredibly innovative. Your way of dress is quite unique. When it comes to getting dressed in the morning, what are you usually drawn to? Any specifics designers you love right now?
SJP: I think about the practical stuff, like what I’m doing that day, or where I’m going, but usually it’s mostly about what I want to look like. I don’t know…I try to have fun with it…although sometimes I look a bit crazy, like I’m in Grey Gardens…but I don’t mind. Right now I’m into Yohji Yamamoto with more graphic pieces from KTZ or Givenchy. I love Tom Ford eyewear and Chanel accessories – always. Korean brands Juun.J and Low Classic are great too. I think high tailoring with something street-y is on trend right now, at least for me.

L+T: Growing up you were always into fashion, what did you envision yourself doing for a career when you grew up?
SJP: Since I was little I loved art and fashion, but I grew up in the Californian suburbs with limited resources to creativity. My parents weren’t particularly the appreciators of the arts, music, or fashion, so I’d save up allowance money to get subscriptions to fashion magazines during school magazine drives. As a girl I dreamed of becoming a fashion editor at a magazine, living in New York… that kind of independent-city-woman some girls aspire to. 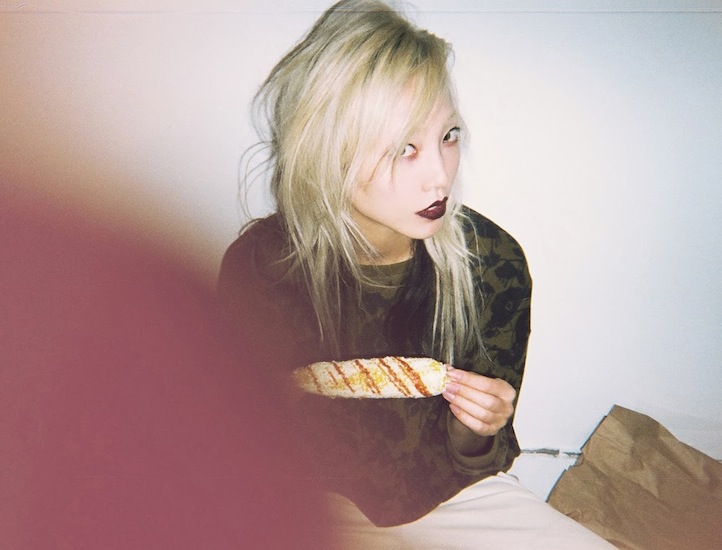 L+T: You studied architecture. Any architects/buildings that you consider your favorites? Why?
SJP: My favorite architects are Mies van der Rohe, Herzog and de Meuron, Tadao Ando and Rem Koolhaas. The aesthetic behind Mies’ minimalist design is what first piqued my interest in the subject. I was most obsessed with him in school, and most of my projects began with a case study of the Barcelona Pavilion. The brilliance of Koolhaas is reflected in his provocative designs, and I love Herzog & de Meuron’s sensibility to material and impact. And Ando’s ability to yield emotion through the use of light and space, such as in the case of Church of The Light, leaves me speechless. Man, I sound like such a gushy “archi-nerd.” Lately, I’ve been studying about Charlotte Perriand, who was much about the “L’art de Vivre.”

L+T: You were discovered in a vintage shop. What did your family think about you going into modeling?
SJP: I think they were amused, because they thought it was so completely unconventional for me to start modeling post-graduating college. No one thought I was serious, nor expected it to stick. To be honest, I didn’t, either, at first.

L+T: Did you ever think you would quit? Were you ever tempted?
SJP: Oh yeah. Modeling has its merits, but it can really test your capacity for patience. My modeling career was more of a slow burner, and sometimes I’d get upset that external forces influenced your career more than your own abilities or ambitions in this industry. 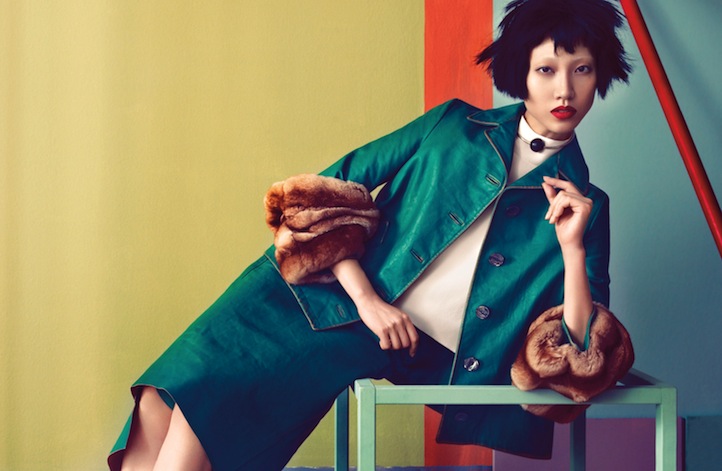 L+T: Your relationship with Carine Roitfeld is an interesting one. How did you meet? It seems in some ways she’s been a bit of a mentor.
SJP: I met Carine Roitfeld in December 2012 through her casting director Piergiorgio Del Moro at her office in New York. The next two days after meeting her I shot an editorial for CR Fashion Book, then a few days later again for two other stories to go in the book. She became a huge supporter who’s helped me tremendously with my career. Ever since I became interested in fashion in my late teens, I’d always admired her work and her style, and I couldn’t believe I was working with someone I’d idolized. To this day the whole thing kind of trips me out. 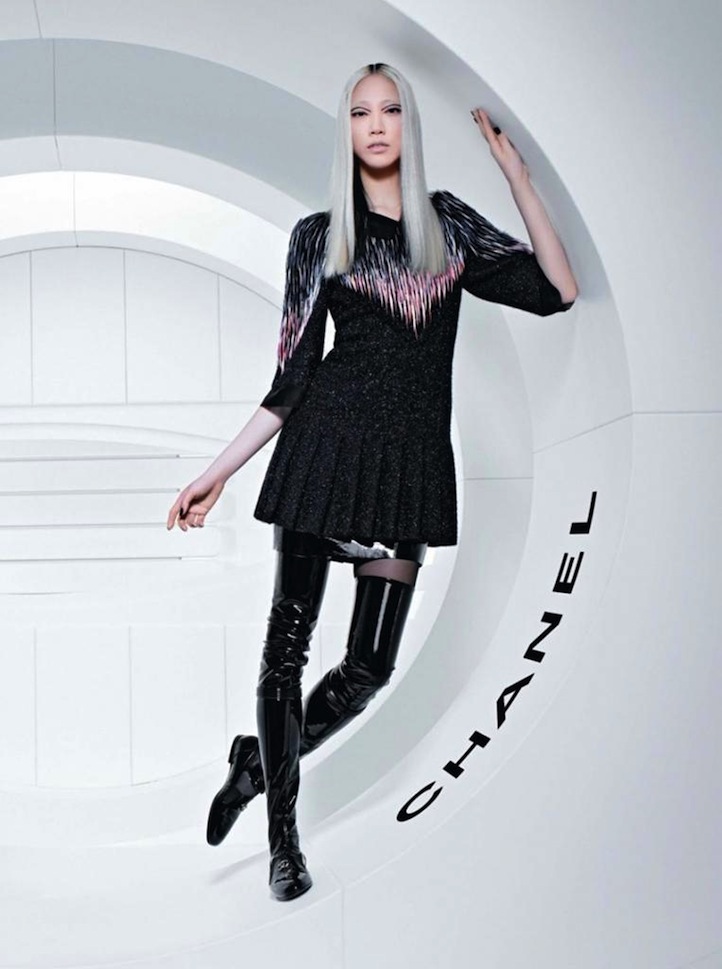 L+T: It seems like you’ve worked for everyone. Who were you most in awe of?
SJP: I loved working with Andre Leon Talley. He is so animated and vivacious. But the one that made me the most nervous is Karl Lagerfeld. He is one of the most intriguing people I’ve met. He has a sea of books, magazines, and newspapers wherever and whenever he is around, and his knowledge, curiosity and imagination impresses me to no end.

L+T: In your spare time,  what can we find you doing?
SJP: During the day, usually hibernating at home watching a film or listening to music. In the evening, I usually see friends and have them over for cocktails. I love making cocktails (and drinking them, too).