“I made this video because I wanted to created something personal,” says model Shaun Ross. “I wanted to show people where I came from and how I am the same person but not in the same situation – growing up in the north Bronx created some great memories for me.” Here, model Ross takes us back to his roots and walks us through his rise to fame, and how he overcame the racial objections he encountered on his rise to the top.

Life+Times: There’s no doubt that your look is interesting. You’ve called your aesthetic “euphoric.” What exactly do you mean by that?
Shaun Ross: Growing up I never ever paid attention to the meaning of words but the way they sound to me. The way the word “euphoria” rolls off the tongue is so specific that I asked myself why not be “euphoric.” It is something so beautiful at first glance. Putting it into words is very hard at first sight so you are left in awe because figuring out what it should be is just too complicated. This is why I explained myself as “euphoric.” I am not sure if that is pompous but I like it, and that is all that matters.

L+T: I’m interested in how you got your start in the modeling industry,  as you’ve managed to not only break barriers but also have come out on top doing so.
SR: To make a long story short, I was discovered on YouTube by independent photographer Shameer Khan at the age of 16. After meeting and shooting with Shameer, he introduced me to the opportunity of modeling. At this time in life I was young and had nothing to lose so I figured why not give it a try. As time went by, I started marketing myself to different clients allowing them to see my full potential not just as a model but also as a human being.

L+T: You’ve also mentioned that while you’ve always been an outcast, you’ve been a confident one. How so?
SR: My parents raised me no differently from my brothers and older sister so I never knew what been different was until I started going to school. I was always a character in my own way and was always smiling and happy. This was the only way I knew how to be. I always loved the arts and music so you can say I always found a way to express myself. Expressing myself freely allowed me to become a confident outcast.

L+T: You’re known as the “first male albino model” and while that’s a label, how does it make you feel?
SR: It’s just a title; nothing has meaning unless you do something powerful behind it. That is what I think matters the most.

L+T: What was your first editorial shoot? What was exciting about it?
SR: My first editorial was a 13-page spread for JOY Magazine by David Armstrong where he presented me to the world in a little red bow. I was extremely excited because David is an original from “The Factory” with Andy Warhol himself, so I felt legendary.

L+T: You’ve also managed to transition from the runway to the pages to magazines to appearing in a slew of music videos. What is it about your look that you think people find so interesting?
SR: I think that you can play with my look but also my character. I don’t want people to hire me for my look because albinism is just a skin condition –  not disorder, and it’s something that should be looked at as a regular way of life because it is. I think artists like Beyoncé fell in love with what I stood for more than my look. This might be the reason why. 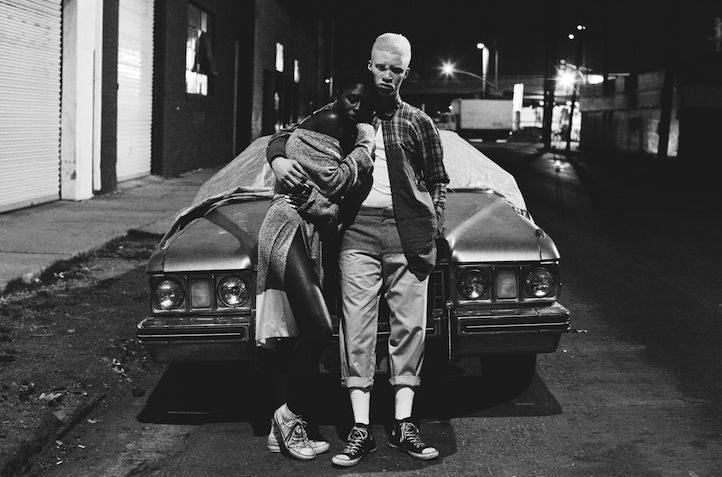 L+T: Tell me a little bit about working with Lana Del Rey in her short film Tropico. What’s the message behind this film?
SR: Working with Lana was phenomenal. She was such a beautiful spirit. The message was a simple tale of redemption in the Garden of Eden with Adam and Eve. When Lana casted me, I figured it didn’t give me a chance. Instead, it gave others a different view and I think that’s important.