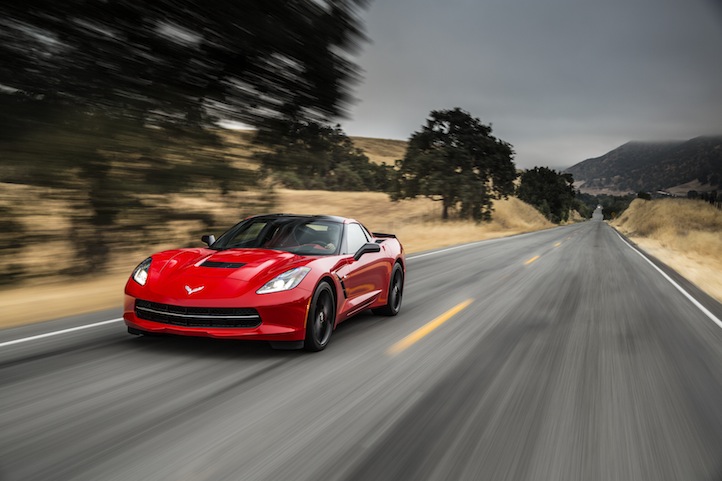 When the C7 Corvette was introduced in January in a former factory on the east side of Detroit, car culture went crazy. Seven months later, after considerable hype, the Corvette is hitting the streets. Life+Times was among the first to test drive the Corvette Stingray in Monterey, California, and experience the provocative first page in the new chapter for a classic American sports car.

The Corvette turns sixty this year. Its best days were early on, where it was romanticized for its luscious curves and racy performance. In fact, at least three 1960’s Corvettes have sold for more than $1 million dollars and the top Corvette, a 1963 Grand Sport, is valued between $6 and $8 million dollars. As time went on, the Corvette became a casualty of misguided intentions. In 1980, Corvette earned a decidedly more sleazy reputation for its weak offering. The car was still cocky, but no longer super fast and suave, producing only 180 horsepower. In 1983, Prince summed up the flailing car’s reputation as a hot, one night stand in the infamous “Little Red Corvette.”

But Corvette is a niche sports car with a fierce following that just won’t quit. Over the years, the power has improved and it’s recaptured some of its swagger, particularly in the 2005 C6 edition. For the 2014 model year, Chevrolet was determined to revive the luster of its pet marque, so it turned to the sultry legacy of the Stingray, the second generation Corvette first introduced in 1963. Let’s forget everything you think you know about Corvette culture and drive the C7 as a car that stands on its own four wheels. The 2014 Corvette C7 steps out on new terms, ushering a whole new era, what some might venture to describe as new rules. 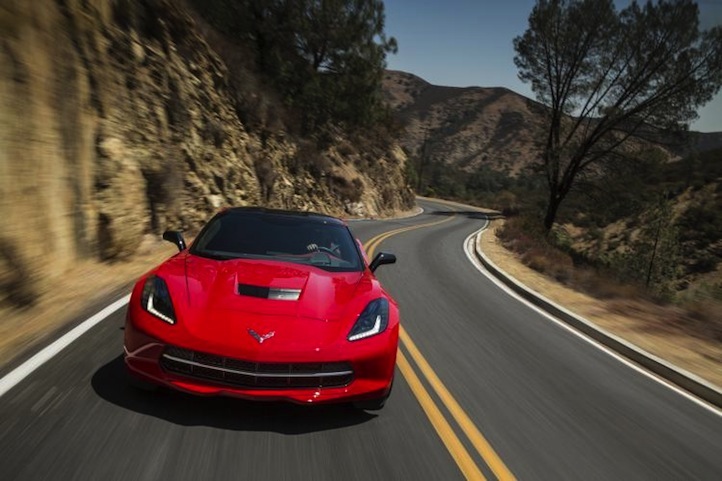 From the outside, the Corvette Stingray is cast as a more techy car, setting it sights on the desired younger buyers. Chevrolet took a chance with more polarizing styling, and the impression of the car varies according the eye of the beholder. We don’t mind the rectangular taillights that break with the circular tradition. It might not be purist, but its still a decent looking sports car. The body boasts liquid like surfaces and lights in the shapes of slits, forming a wicked profile most prominent when the top is removed.

On the streets is where this Corvette shines, balancing performance and driving prowess in a tangy dance. Chevrolet engineers were so excited about the touring capabilities of the car that they renamed the road “Stingray Highway” on its official California launch and encouraged us to savor the bumps in the road, as the Corvette suspension was barely rattled.

The Corvette’s growl is daring. The power is nothing short of fierce, producing 460 horsepower and 465 pound feet of torque with the Z51 Performance Package that we prefer tacked on. (The base produces 455 horsepower.) The Corvette has a 6.2 liter V8 engine and reaches from 0 to 60 in 3.8 seconds, which I can assure is delicious fun. “You can rev with your finger tips instead of hitting the gas,” says the Corvette Chief Engineer Tadge Juechter, of the paddle shifters that add a track-like element. The car can be adjusted to perform according to the driver’s mood from bad weather to Indy 500 style. It eases into curves, hug corners, and then lashes out on straight sections of road way, suggesting more sophisticated engineering that utilizes lighter weight materials. Fuel economy is 29 miles per gallon on the highway, which comes close the BMW Active Hybrid5 and Audi A6. The option for a manual transmission is another buyer’s choice. 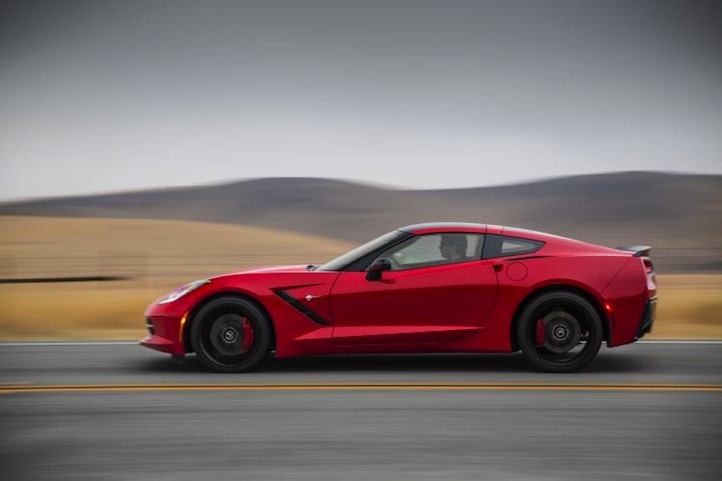 The cabin is tastefully executed, continuing a trend we’ve seen on its sister Cadillac vehicles of late. The seats snuggle up to the body, even on long trips. The layout of the dash is slickest when the optional carbon fiber and aluminum are added in to the facade. Napa leather adds to the texture to the seats. The aluminum top can be removed with one hand and neatly fits into the trunk compartment, without being awkward to maneuver, making for the perfect California drop top, to let the breeze carry you.

Corvette is keeping its price tag on the reasonable side, staying true to its more humble roots. Its base price is $51,995, but it aims to compete with sports cars in pricier categories, naming checking Porsche 911 as a benchmark. It’s a ballsy comparison for an underdog, but Chevrolet is trying to make a point to reclaim its throne. The test vehicle we drove was loaded with options and priced at $73,510, which is still a good deal for the extras like heated seats, navigation, and the performance package.

At the end of the day the 2014 Corvette Stingray has found a stride that’s solid and confident. Corvette’s facelift has gone above and beyond what we anticipated. We have love for a car that this time, we predict, is gonna last. 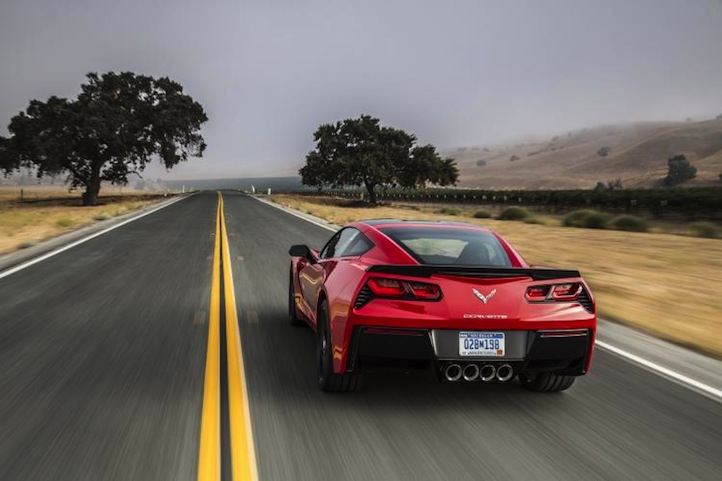