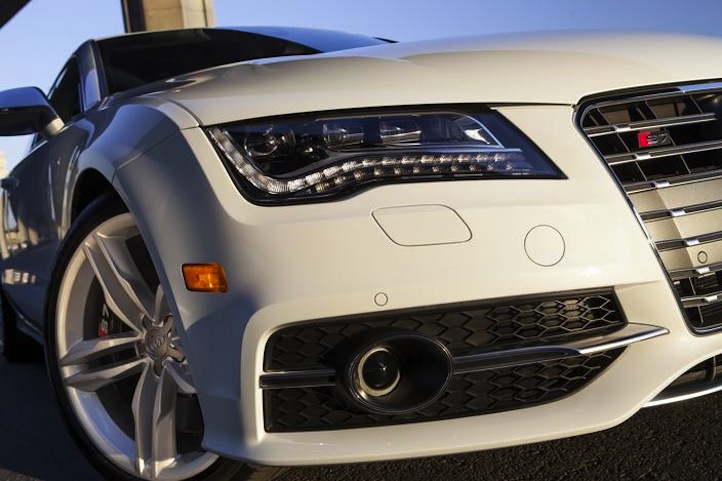 The 2013 Audi S7 is a near-perfect sports car. Why so? Let’s start with its original mix, the attractive base model A7, a design so seductive that it nearly stole the thunder from the A8 flagship when it debuted at the 2010 Paris Motor Show. The A7 has earned kudos for its long lean panels, and proportionally sound form — the body is endowed with just the right amount of curve that tapers off into an elegant hatch. The result is a car that appears sexy from behind, as well as from the front. But if looks and a respectable V6 engine aren’t quite enough, there’s the new S7, which adds a tempting performance facelift to the package. How do you spot an S? The new S that first appeared at dealership in September has substantive 21-inch wheels, subtle side sills, devilish air intakes, luminous LED lights and the ever-so sleek S-badging. 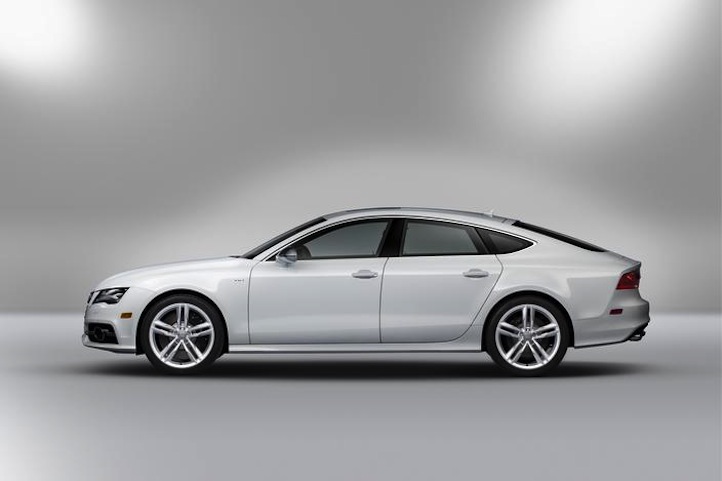 If you want a racecar, Audi makes the barely street legal R8, but if what you want is a ridiculously good time in your everyday life, drive an S. Audi has simplified its option packages to draw attention to its newest version S Line, which also includes the S6 and S8. Life + Times drove the entire S lineup around Bear Mountain, New York, where Audi executives were on hand to break down the intricacies of the new thermodynamic technology. At the heart of the S line is how it operates on the inside — a new V8 engine that’s more powerful and 12% more efficient than last year’s model. Here is where German engineering shines. 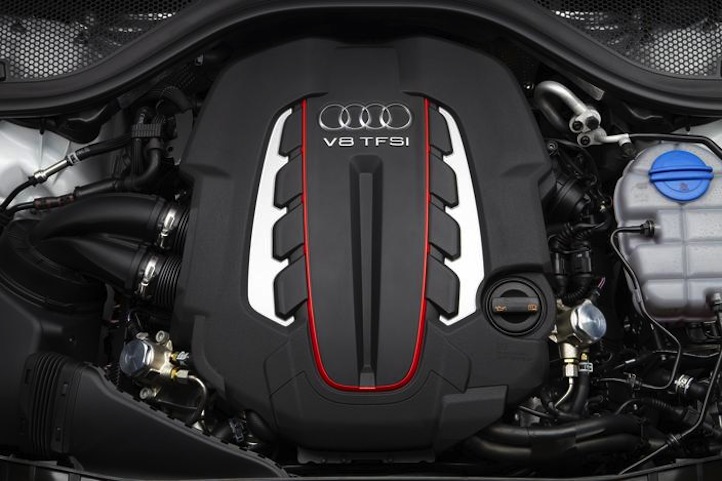 “I think it’s a nice engine isn’t it?” said Gerald Bonn, who is in charge of Audi’s Thermodynamics V8/V10 Gasoline Engines portfolio, as he flicked through meticulous interactive slides. The secret in turbine advancement is the 4.0 liter twin-turbo V8 engine that switches from 8-cylinders to 4-cylinders in the midst of the operation to reduce fuel consumption. The Audi product line representatives emphasized mechanics of sport-tuned suspension. “If you have a fast car, you have to be able to stop it,” Bonn said. Big steel brakes take care of that stopping business on the S lineup.

When those good looks met performance on the open road, Life +Times found the allure of the S7 undeniable. Tap the gas and the 420 hp at your disposal induces a giddy sensation that makes the toes tingle, even among more reserved drivers. Despite its considerable power, it’s fairly easy to rein things in on twisty roads of upstate New York. The S7 hugs the road and feels light and responsive to the touch. Those burly brakes allow the driver to tease the edges every so slightly, without losing control. The Audi S line features noise cancellation, so despite all that power, the mood stays serene inside the cabin, so you can bump sounds from the Bang & Olufsen advanced stereo system and its generous allotment of 19 speakers. The cabin is well sealed, so only you will know what’s on your playlist as you open up the engine. Adjust one of the 22-way seat positions and go, go, go. 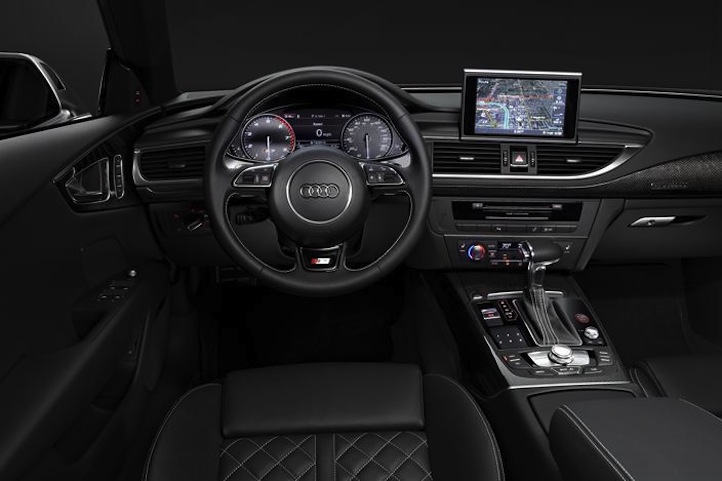 The standard technology available in the S line is state of the art. Audi Connect includes weather updates, information on gas prices and access to detailed Google Earth maps. Navigation is basically effortless to operate. The best part about Audi’s new technology package is in-car 3G Wi-Fi. Say a hurricane knocks down your Internet access; you can do business from the backseat of your S-line car. The inside of the S cabin is new-age stealth. The only quibble we had would be the overuse use carbon fiber as decoration. We say let the lightweight material do the work out of sight and return to classic wood and leather aesthetics that Audi is capable of in its bag of tricks.

If what you’re seeking is ultimate luxury, then perhaps the $110,000 Audi S8 is more tempting. The S8 super-sedan soups it up with massage seats and additional 520 hp that moves from 0 to 60 mph in less than 4 seconds — nearly a one second improvement over last year’s offering. For drivers that crave rowdy performance in a more petite body, the $71,900 Audi S6 delivers also offers driving delirium. But when it comes to striking the pitch-perfect note, Life +Times is sold on the Audi S7’s delicate balance of looks, luxury and thrills. 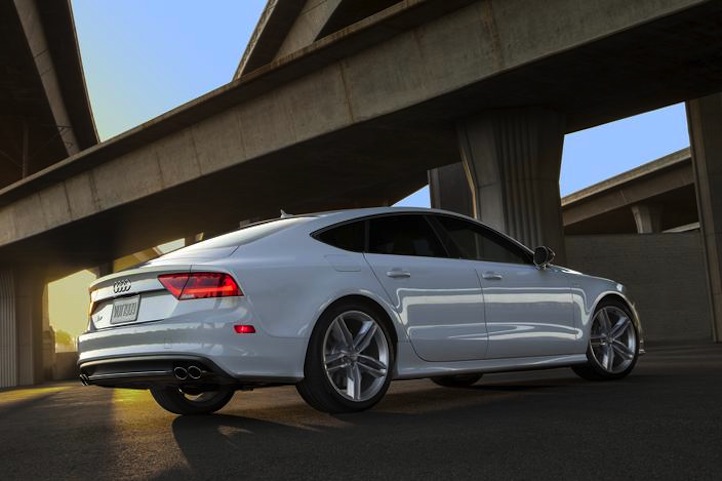