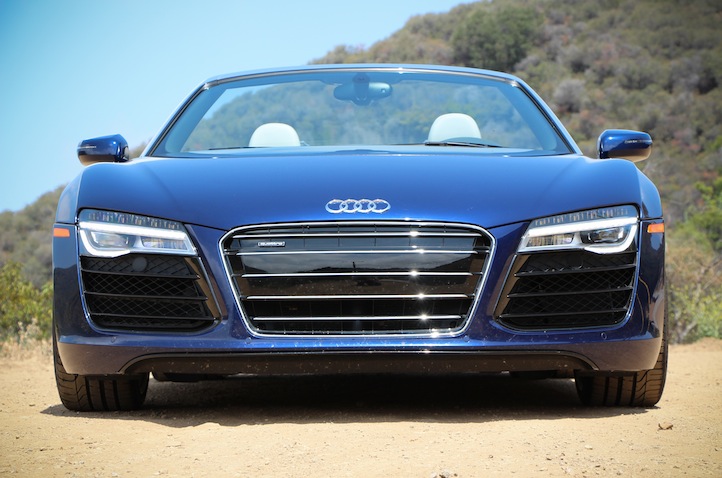 The sepang matte blue Audi R8 V10 Plus snarled as it swished around the steep, tight corner. Dust from the narrow road plumed into the air, misting the cerulean blue Pacific coast skies. The automatic seven-speed gearbox dialed down and the engine note dropped into a pitch-perfect hum. In a millisecond, the throttle kicked in and the R8 whizzed through the winding Malibu canyons as the climbing revs roared back to a crescendo. This spring, Life and Times drove four variations of the new R8 on inspiring stretches of roads overlooking Pacific Ocean. The Audi R8 is back with a vengeance in the 2014 model year that boils down to wicked performance, a department that Audi AG’s performance division Quattro GmbH takes seriously.

Audi likes to win, not by a little, but by a lot. It’s a pity we don’t have much access to Quattro’s finest motorsports accolades in America. The Audi R18 E-tron’s punishing performance in motorsports is one reason that thousands of fans flock to the 24 Hours of Le Mans in June to see the lightening fast LMP1 travel at speeds of well over 200 mph running beside squealing GT cars for the daylong event. What we miss out on is that Audi has invested heavily into technological innovation to become the outright dominant global force in endurance racing, winning overwhelmingly in this field over the past decade. And this thirst to build the fastest, most efficient racecars carries over into the new R8, down to the factory drivers that test the R8s on the legendary Nürburgring track in Germany. 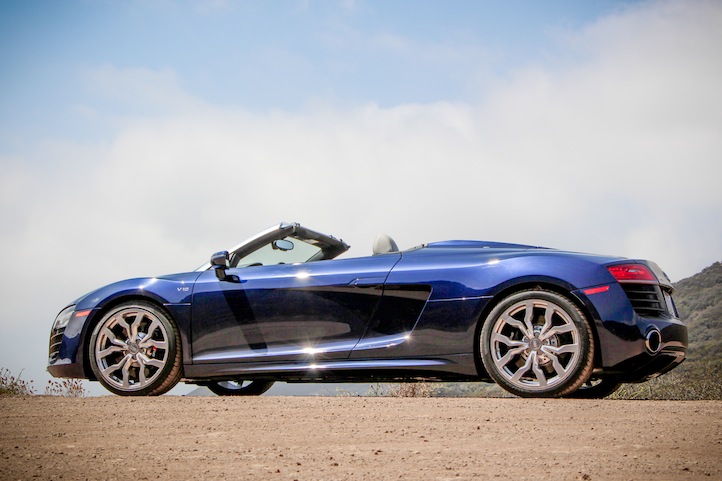 The Audi R8 has the sort of character that endures it to fans of contemporary German engineering. (But, what car aficionado isn’t a fan of German engineering?) Audi is a brand that’s still relatively new to the states and to the discerning eye of luxury car buyers in broad automotive history. The first Audi came to America in 1970, but Audi in its luxury form dates back only to the 1990s. The first R8 was introduced a number of years later in 2007, and quickly piqued interest from sports car lovers. Now it’s a staple in the field and is catching up to the Porsche 911.

In its peak form there’s the top-of-the line 2014 R8 V10 Plus. Simple math and science make this car appealing to speed junkies— a 5.2-liter V10 engine that makes 550 horsepower, 398-lb-ft of torque and is modulate by a new seven-speed dual clutch S tronic transmission. All of these fancy figures make for a seductive driving experience, particularly in the astonishing rhythm of the reworked transmission that crushes human capabilities racing from 0 to 60 in 3.3 sec and achieving a top speed of 197 mph. In the lithe Spyder variant, that growling engine becomes very real world with the top down. This sensation takes place in a snug cabin, where the materials are rich, but svelte and hug the body. 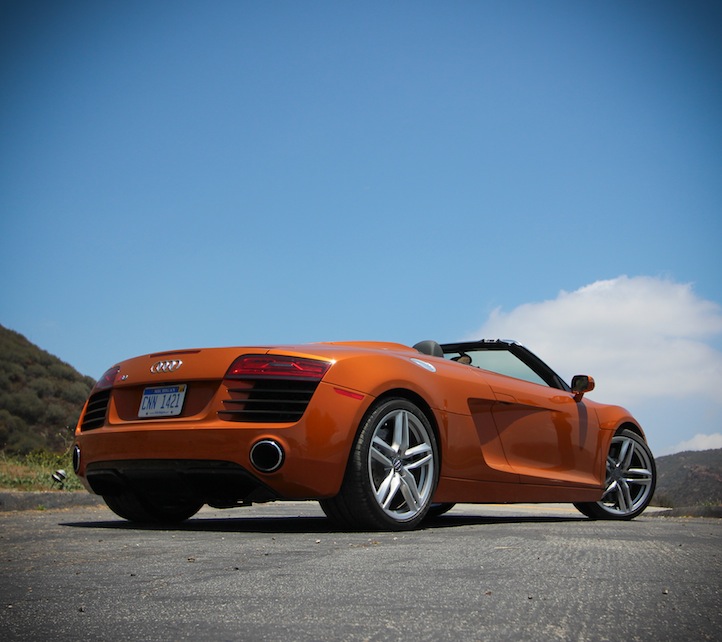 But even at the base end of the spectrum, the manual R8 achieves 430 horsepower with a 4.2-liter V8 dynamo of an engine that offers exhilarating performance and a satisfying manual gearbox. The physical experience of shifting through the gears on the manual V8 defies anything ever imitated on an Xbox. All models of the R8 come standard with all-wheel-drive – making it as robust as the Audi Ironman on a cold day. 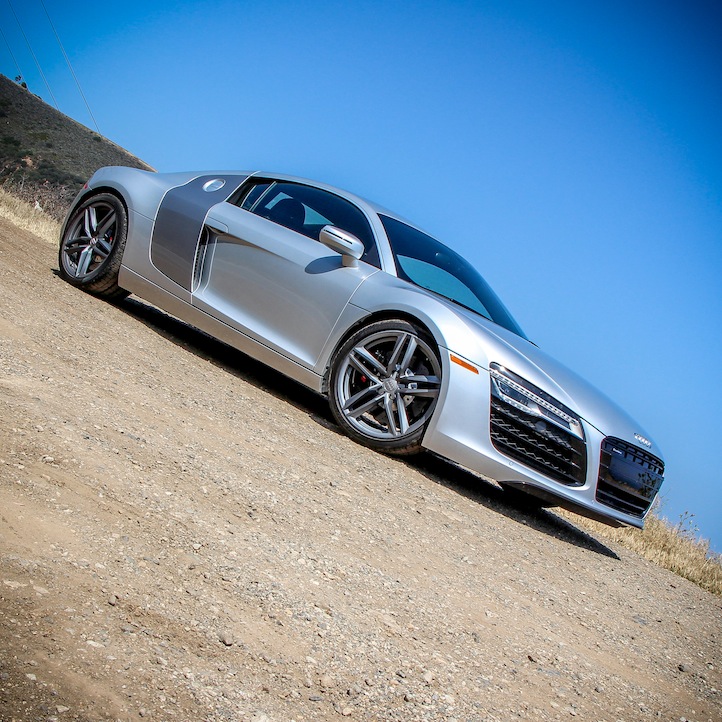 From the outside, the modifications on the R8 are minimal to the naked eye. Most noticeable is the edition of angular LED headlights that seem to smooth out a sculpted front fascia. On the interior the tweaks include a thicker, satisfying leather steering wheel. On the V10 model, wave-shaped wheels were added to shave extra weight to make the car that much lighter and quick on its feet. Trimming the fat and using lighter materials has made R8 faster, according to Audi product managers. For example, the V10 plus model cuts out the Bang & Olufson system. (As an option it can be added back in.)

The purists will compare the Audi R8 to the Nissan GT-R, McLaren MP4-12C and the Ferrari 458 and quibble about performance variations. What car is the hottest in the field? That answer is subjective. Truth is, many in the market for the top-of-the-line $182,595 V-10 R8 may have one of each of these super cars stored in multiple garages. The test for best in super car really comes down to the eye of the beholder and the seat of the driver, where the Audi R8 certainly has the prowess to captivate like a super hero.