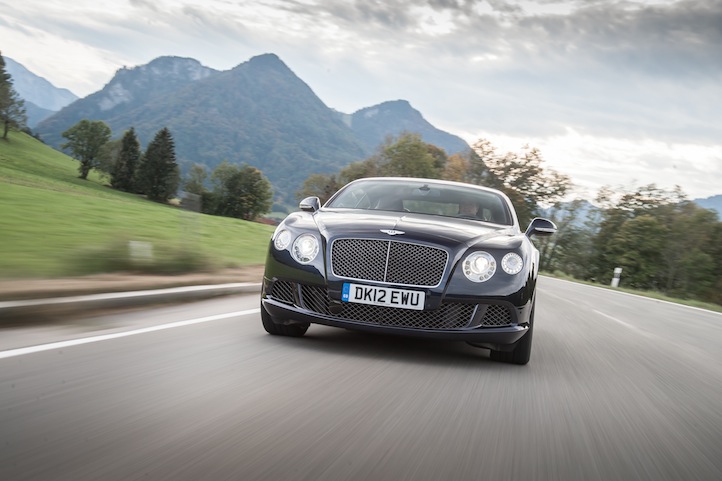 Contrary to popular belief, the German Autobahn does have speed limits. But on the long stretches of smooth roadway where speed restrictions are lifted, the sky’s the limit and drivers can test the limits of the modern automobile. Life +Times recently pushed these limits behind the wheel of the 2013 Bentley GT Speed.

The Bentley GT Speed and its exceptional engine came to life on these speed-free zones, climbing from zero to 60 in a mere four seconds and leaving the competition gaping in the right lane with a healthy rumble. The effect of the highway is dizzying, as it only takes nine seconds to reach 100 mph. The ride is so serene that it’s a shock to look out the passenger window and watch the green meadows and mountains turn into a blue of speed.

Soon, Life + Times reached 170 mph, coming close to the GT Speed’s maximum of 205 mph, which, by the way, makes it the fastest Bentley ever produced. The goods are found in the new 8-speed transmission, a superior feat of engineering used for big dogs like Bentley. The Bentley GT Speed has a ballsy 616 hp and 590 pound-feet of torque. It’s surprising that all this brawn uses less petroleum–about 15% less due to lighter weight materials and more succinct engineering of the massive W-12 engine. It clocks in at 13 mpg and 20 mpg on the open highway. 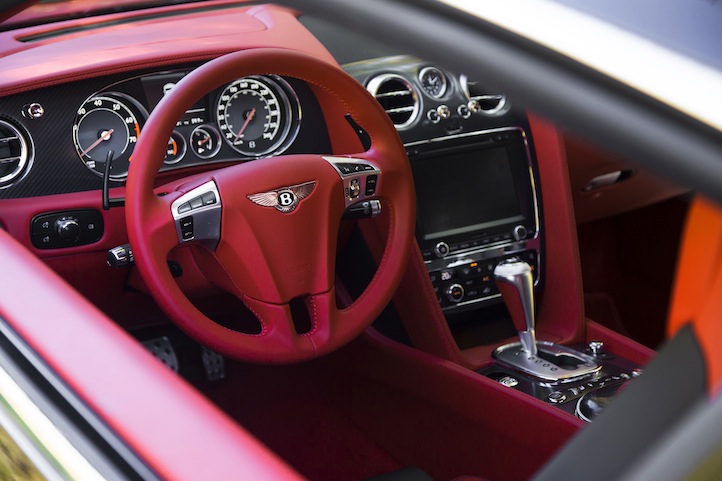 While the base price of the Bentley is in the $200,000 range, discerning owners will invest in the ceramic carbon fiber brakes that raise the price by $13,000 yet make this speed machine nearly perfect. And after $200k, who’s quibbling over details? Starting and stopping give said driver a feeling of triumph, and are necessary on the Autobahn when some foolish driver thinks they can outrun the GT Speed in the passing lane. Bentley makes porridge out of contenders.

A big part of being in a Bentley is the delicious look and feel of being inside the cabin. It’s hard to find a more heavenly automotive interior than the quilted leather that’s standard in the GT Speed. It’s almost too beautiful to touch those hand-stitched seats that come in 17 different varieties. Incidentally, there are color options available for carpets and seat leathers, too. Bentley has moved farther to the progressive side inside the cabin. The classic Bentley accents are there — the time piece, the fine woods and soft-touch leathers — but what’s newer in recent Bentley editions is a 30GB hard drive with 15GB available for music storage. The British carmaker has opted to take a contemporary approach to navigation on the 8-inch touch screen, which is much less fussy than early GT models.

The GT Speed is a big, heavy, unapologetic automotive machine made for pulverizing the roads in wicked style. You’d be hard pressed to imagine a more superior way to experience a road trip on the Autobahn. And that’s the exact point of driving a Bentley GT Speed. It’s been there, done that before you can say auf wiedersehen. 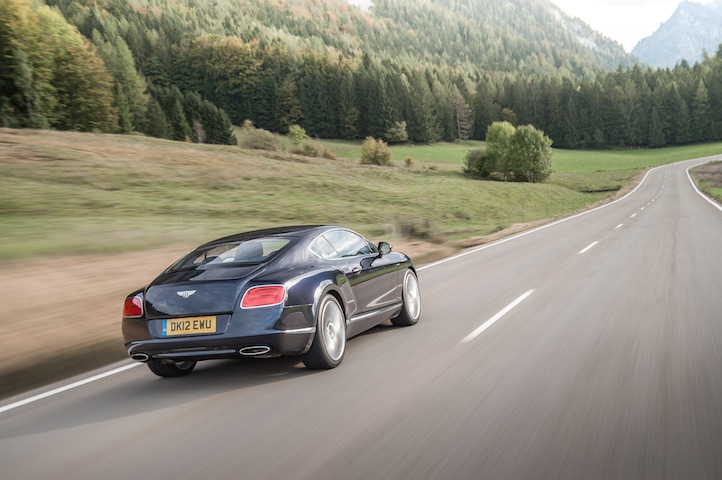