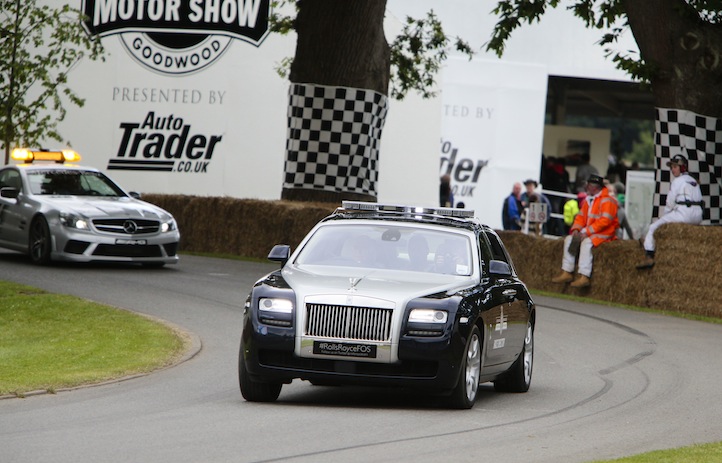 “In the front seat is where I scare you,” said the Goodwood Festival of Speed race director John Felix. He gave the gas pedal of the black Rolls-Royce Ghost a light tap with his toe and proceeded up the infamous hill at the Goodwood Estate, and reached well over 120 miles per hour with nonchalant ease. “What I like about this car is that it’s so positive on the brakes, how it rolls. Your turn into corner, point it and you have no worries at all.”

Mr. Felix pulled in line behind the drivers who had just finished their jubilant lap as fans craned their neck to get a closer look at the motorsports stars. Lord Charles March, the festival founder and chief executive, climbed out of a rare, vintage Lotus racing car to chat with motorsports legend Stirling Moss. Many of the exhibitors, judges and racers, such as former Indy-car champion Emerson Fittipaldi, AC/DC lead singer Brian Johnson and Pink Floyd drummer Nick Mason are Lord March’s friends. 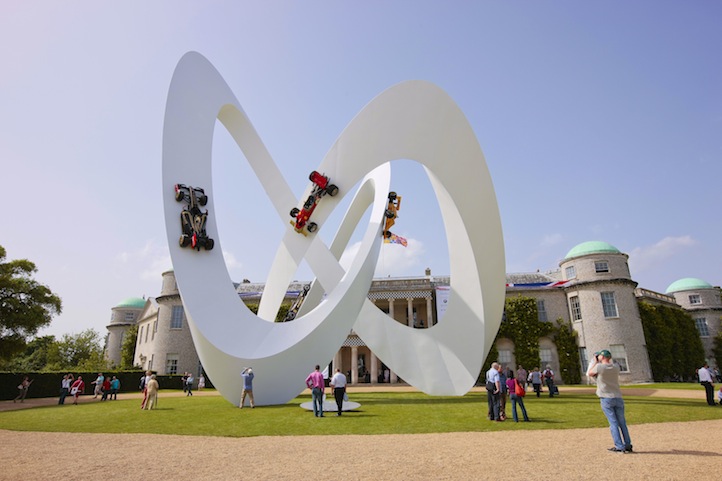 Lord March has made the Goodwood Festival of Speed an event of unrivaled distinction. The annual motorsports celebration is held on the sprawling, lush green estate in West Sussex, England. Lord March is the direct descendent of King Charles II. His father is the tenth Duke of Richmond, who also resides at Goodwood. The 12,000-acre estate has been in the family for over 300 years.

The festival includes four days of pageantry surrounding the classic automobile and new prestigious sports and exotic cars. This year, Lotus was the featured marque, and collectors turned out to show off choice Lotus offering. Several carmakers debuted new cars including the McLaren MP4-12C. The sheer volume of important cars exhibited is astounding and listed in the pages of a thick catalog.

Every year, Lord March opens up his home, the magnificent Goodwood House, for an invitation-only charity ball. The event this year included an elaborate fireworks display, water show, trapeze artists and a live performance by Nick Mason, Dire Straits members, and Pink Floyd vocalists Durga and Lorelei Bloom, who performed “Dark Side of the Moon” as the fireworks illuminated the sky.

Over 185,000 people attended the public days at the Goodwood Festival of Speed, which sold out six months in advance. At the Bonhams Goodwood auction Sir Henry Tim Birkin’s dramatic 4 ½ Litre Supercharged “Blower” Bentley was auctioned for £4.5 million. Yet, at the heart of the festival is the speedy parade of monumental, classic cars up the hill, which Mr. Felix oversees. 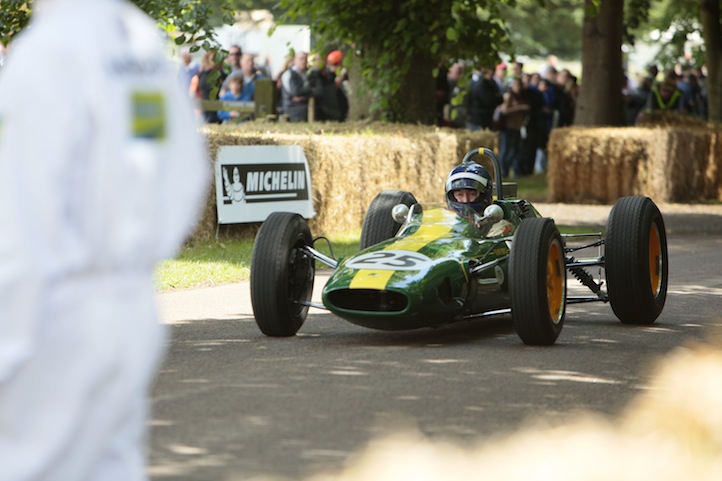 On the final day of the festival, Lord March stopped by the Rolls-Royce suite at the Hillside Pavilion overlooking the track. The sentiment was all very British and very posh. Racecar drivers, royalty and rock stars rubbed elbows in VIP area.

Next year will be the official 20th anniversary of Goodwood. “We just need to make it better,” said Lord March. “Keep the feel of it, not make it too commercial. Music festivals are struggling, but we are fortunate. It’s very English, but we love the quality of Goodwood that has been about sporting heritage.” 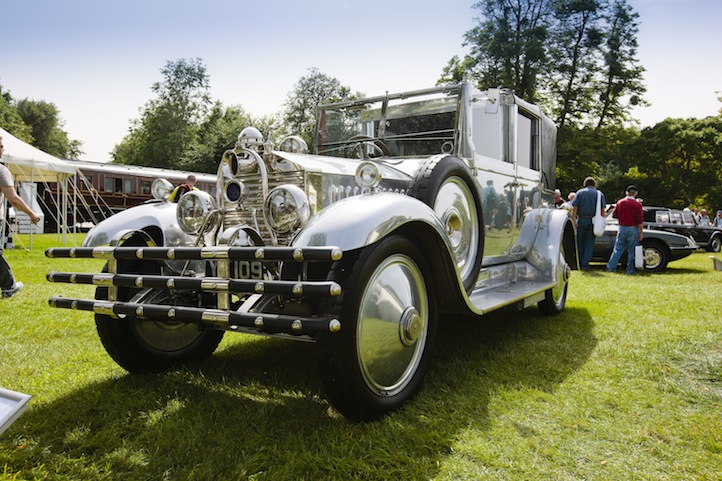 The estate is also the setting for horseraces, cricket matches, and golf, but Lord March says it’s the classic cars that are his personal favorite. His grandfather, the ninth Duke, built the racetrack in 1948. “I was very disappointed as a 10-year old when he closed it in 1966.” Lord March inherited his grandfather’s penchant for all things automobile. He is also the founder of the Goodwood Revival, a motorsports race in which guest dress in period costume from the 1950s and 60s that is held in September.

Lord March has transformed his family’s estate into a glamorous destination, but one that has a distinctive royal flair. “We’re in a strong position to bring in classic cars. We need to protect the cars so that the next generation can have a direct experience with the classics.” 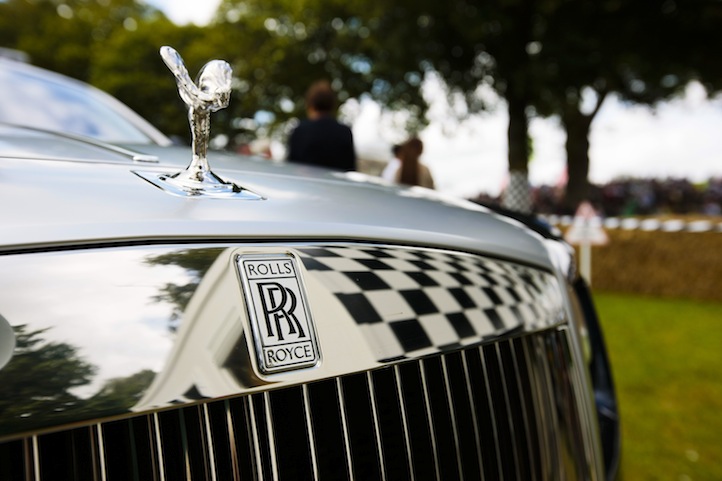