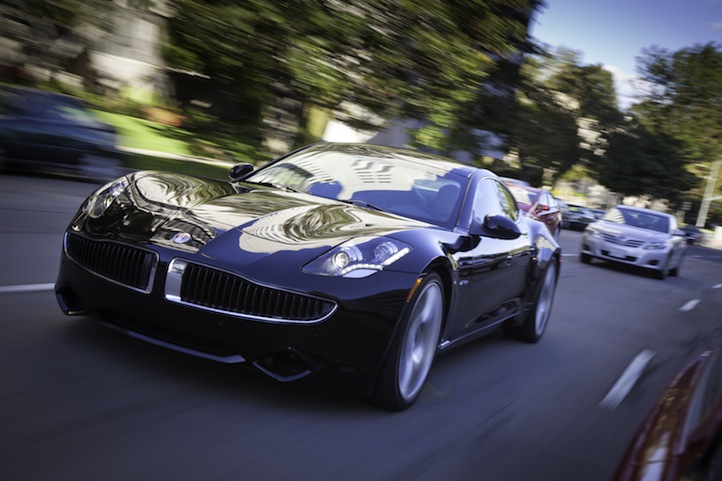 True to its stunning form, the Fisker Karma is a holistic dream car. It’s much bigger on the streets than it seems in static environment, and its sloping contours dominate the lanes. I drove the Karma in Los Angeles a few days after Valentine’s Day. The timing worked — the Karma is for car lovers. It’s not the greenest choice, nor the fastest exotic car in existence, but it is a future-mind entry model for a brand new car company that teases the imagination and stops traffic. If you collect new $100,000+ sports cars, the fabulous Fisker Karma, should be on that list. 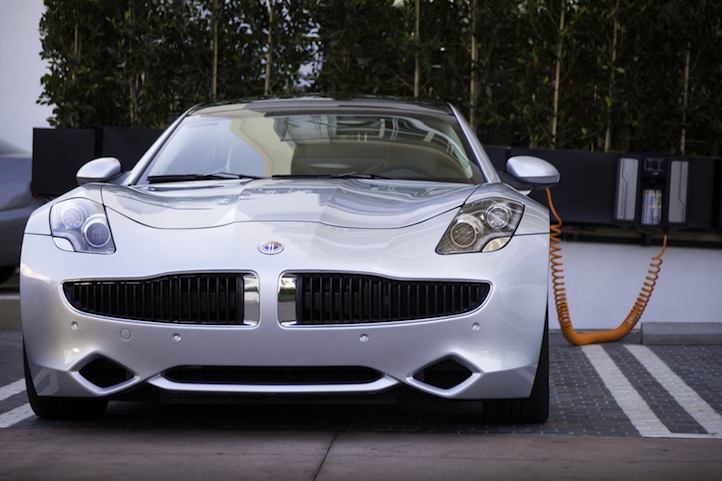 The substantial 22-inch wheels seem to fit snugly to the big body. Side by side with a Maserati Quattroporte, it looked as if the Karma could have swallowed the Italian sports car. The Karma specs confirm my observations, weighing in at a hefty 5300 pounds. The 403 horsepower and 959 pound-feet of torque make for respectable, if not fast and furious, performance. The Karma climbs from 0 to 60 mph in 7.5 seconds in electric mode, and just under six seconds using the gasoline engine. It’s much more exciting to drive a Karma than, say, a plug-in counterpart like the Nissan Leaf. But what this means is that the fuel economy is actually somewhere in the 30 to 40 mpg range for regular driving, 50 mpg on a mindful day of all electric driving. I had fun clicking a leaver between Stealth (all-electric) and Sport (gasoline power). Electric cars are by nature silent, but Fisker added in whirring sound effects that add drama to the drive experience. 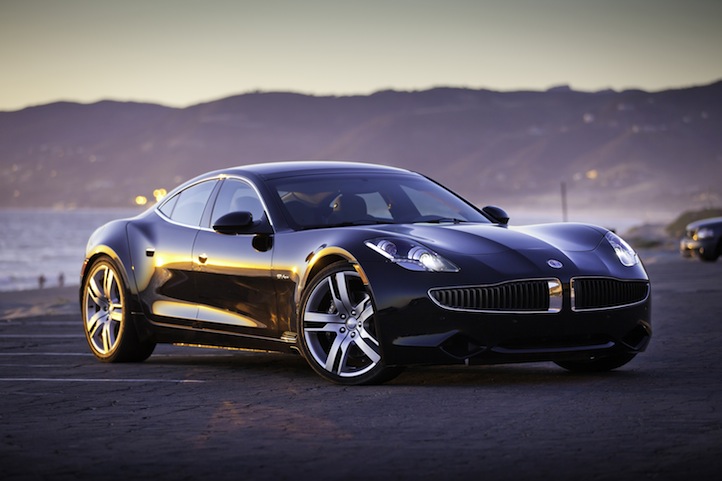 The finite attention to detail struck me — the tactile fabric on the seats and steering wheel, the slope of the solar roof, the clear panels in the center console and doors, accents of reclaimed wood and my favorite standard feature — a paint job culled from recycled glass bits, each shard coated with sterling silver that creates the effect of glitter, dubbed “Diamond Dust.” Everything about the Karma has texture. 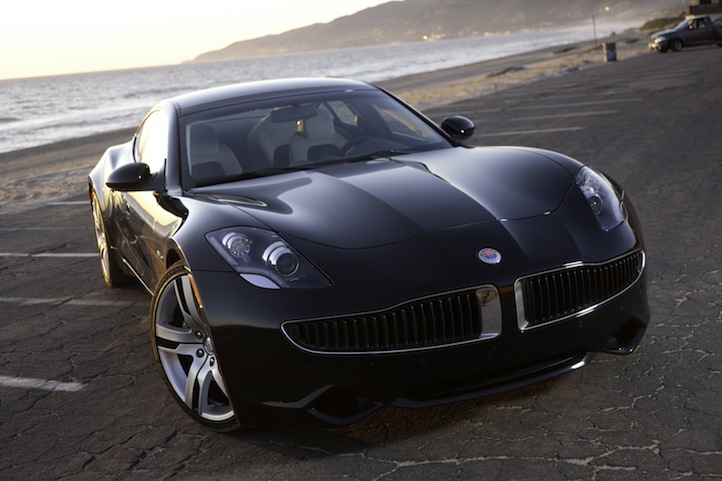 The plug-in electric car is the namesake of former Aston Martin car designer Henrik Fisker. The Denmark-born Fisker set up his operation headquarters in Southern California, and first showed the Karma in 2008.

Henrik Fisker is a hands-on leader. After the test drive, he joined my group for dinner. His passion for the Karma is infectious. “We think we’re the American company where you feel good and you don’t try to follow the German or Japanese way,” he said. He mentioned the golden days of American motoring, what it was like when an American brought home a new ’66 Chevy. “There’s room to bring that dream back. It’s fun and cool, and we can create these cars.” 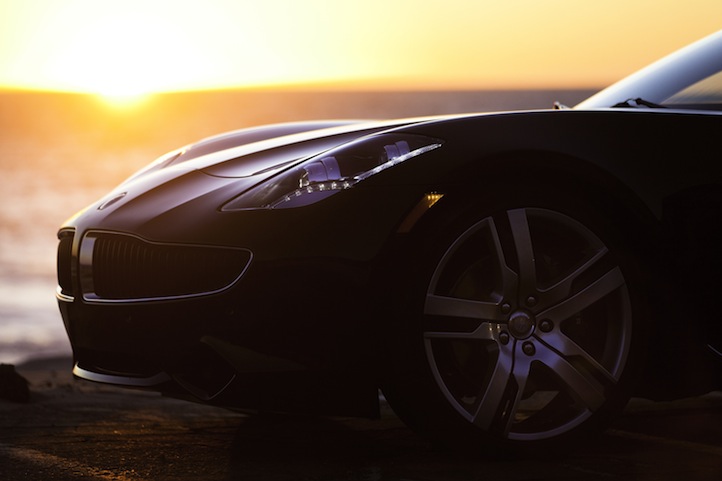 At long last, the Fisker Karma has transformed from concept to reality. While everyone buzzed about the car’s apparent beauty, the future of the start-up car company seemed dicey as recent as last year, as it struggled to meet U.S. regulatory standards, and ran up against financing woes from the government and private investors. The launch date of the Karma, originally scheduled for 2009, was pushed back several times, but at this time the company is slowly making good on its orders.

Henrik Fisker thinks big. He likes big cars and big ideas and he has big plans for the future of Fisker. “There is no such word at Fisker as we’re never going to do that. We are a premium brand.” 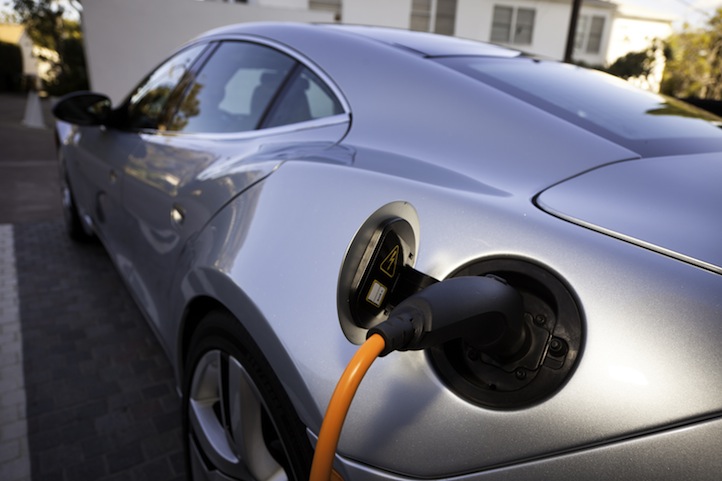