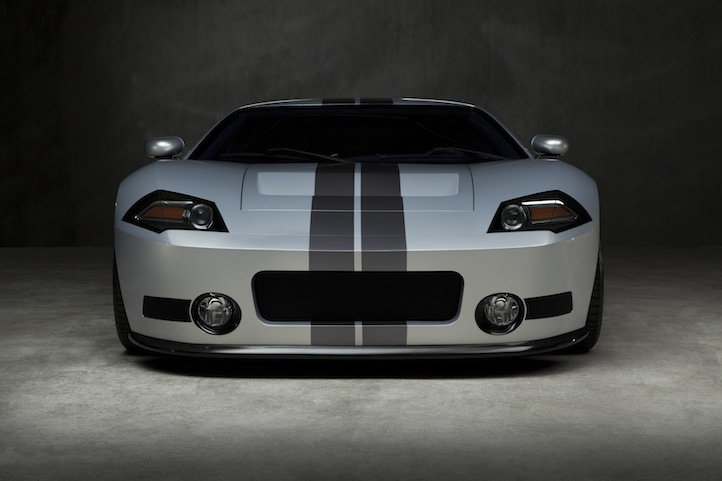 The Galpin Ford GTR1 is made from American supercar DNA and a wild imagination. The car debuted at the Quail Motorsports Gathering, an annual August event that attracts the world’s most beautiful cars in Monterey, California. The GRT1 seemed to be at home sparkling in the sunshine, next to a booth serving caviar and Champagne.

Its roots date back to the 1960’s. The first Ford GT-40 was a racecar produced in England by Ford Motor Company that went onto win the 24 Hours of Lemans, four times. Ford revisited these glory years when it introduced the Ford GT in 2002. The GT still stands up as an exotic creation with a classic sinewy form that inspires enthusiast collectors to covet the 4000 GTs that were produced by Ford. 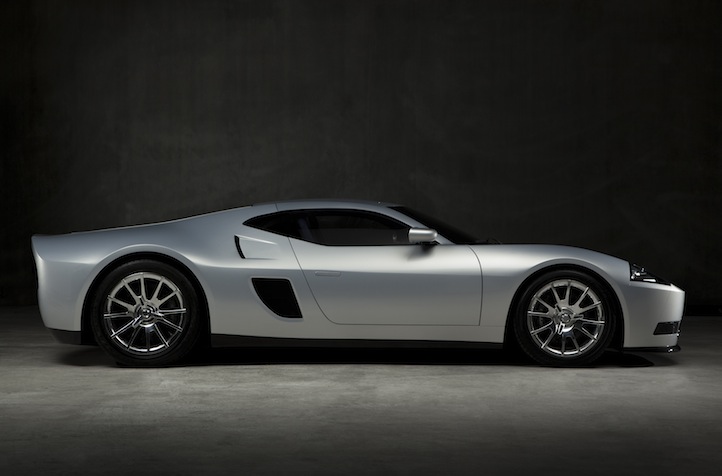 The GT’s return was splashy, but ultimately short lived. The Ford GT was manufactured for the 2005 and 2006 model years before its limited production came to end. But the fever has outlived the car’s lifecycle. Several variations of the GT have been created over the years by customizers. The Galpin interpretation adds a forward-thinking perspective to both its form and function. It’s the first coach-built car to be produced by the sixty-year-old Los Angeles car dealer based in Van-Nuys. The 2005 model was used as the starting point for the GTR1, but the end result is a heftier, more robust version and one that includes 20-inch forged aluminum alloy wheels. The car is available in carbon fiber or a glossy aluminum exterior.

Beau Boeckmann, who is the President of Galpin Auto Sports, tapped the creative talents of  Doug Breuninger, when he was still a student at the Art Center, to design the car. He charged Breuninger with the delicious task to envision the next GT car. “The concept behind it was to interpret what the Ford GT would like if it had continued,” said Boeckmann. “This an American super car through and through.” Boeckmann is also the former host of MTV’s Pimp My Ride. 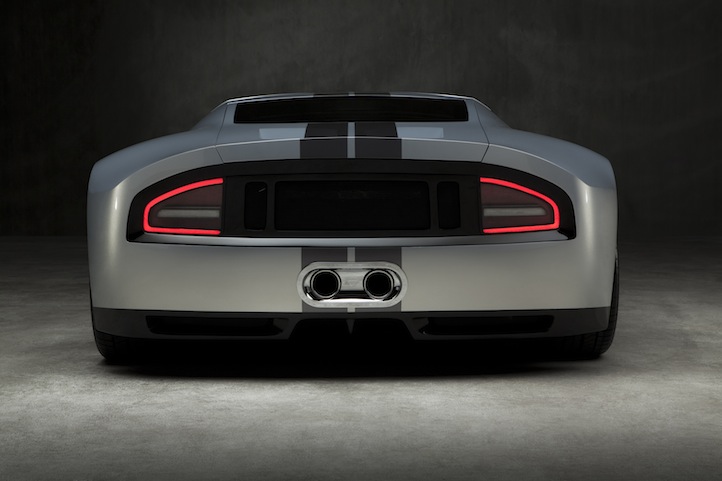 When the prototype was complete, the concept car builder Gaffoglio constructed the aluminum body. The result is a super car that produces a death-defying 1024 horsepower from its twin-turbocharged V8 engine. Galpin claims the GTR1 is capable of reaching speeds of 225 miles per hour and can achieve 0 to 60 miles per hour in three seconds. The car will be priced over $1 million dollars. The company plans to build six cars initially, tapping out with a limited run of 24 cars in total. 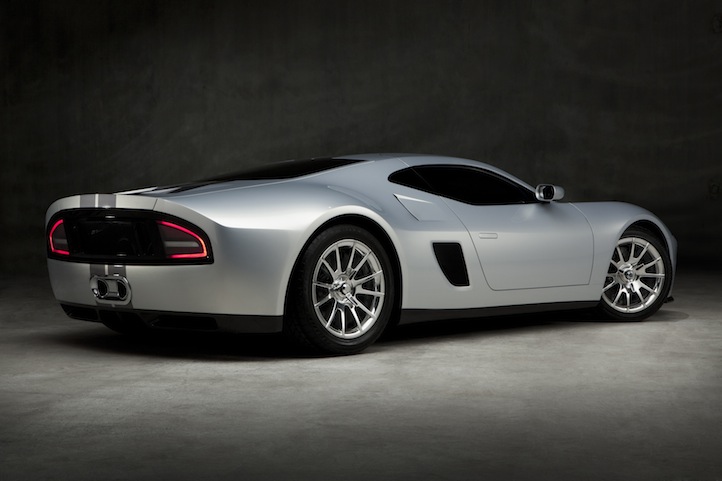