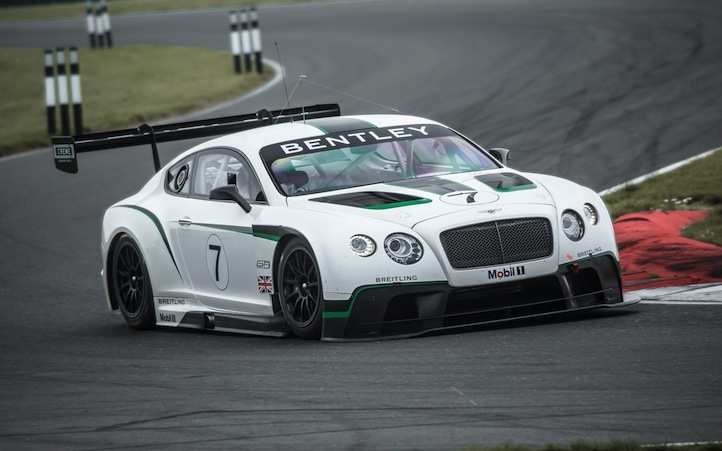 Bentley’s new Continental GT3 race car makes its competitive debut at the 2013 Gulf 12 Hours in Abu Dhabi on December 13th, 2013. The two-part endurance race test at the stunning Yas Marina circuit marks Bentley’s return to motorsport ten years after its dominant win at the 24 Hours of Le Mans in 2003. Since then, the return of Bentley to the racetrack has been eagerly awaited, and now the Continental GT3 is set to show the performance capabilities of Bentley’s renowned Continental GT in its most extreme form. 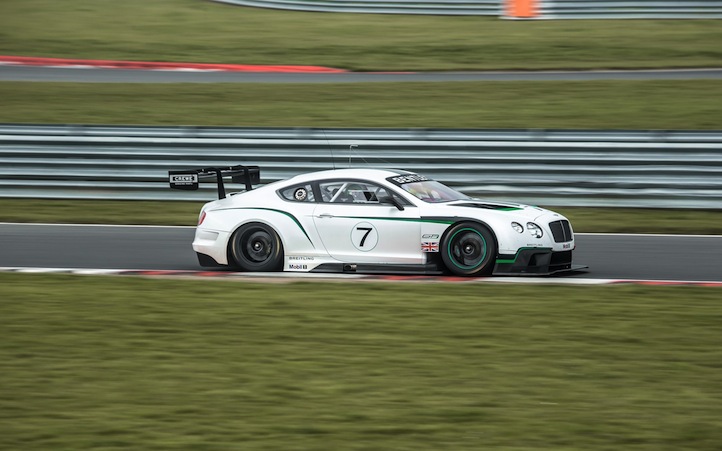 Since the GT3’s dynamic debut at the Goodwood Festival of Speed in July, Bentley’s new race car has begun an intensive program of performance, setup and durability testing at tracks across Europe. The car has run exactly according to the expectations of a Bentley, having proven to be both reliable and fast in all conditions. Bentley’s Director of Motorsport, Brian Gush, comments: “The car has performed extremely well so far, and has matched or exceeded our simulations in every respect. With 3000 km of testing completed already, the team is very pleased with progress and we’re gaining confidence in our package. We’re all looking forward to the Gulf 12 Hours in December and can’t wait to run the car against the competition for the first time in its first test race.” 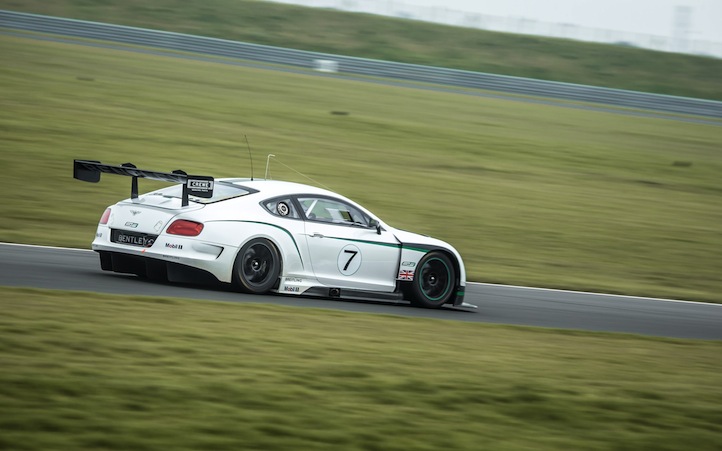 Powered by a race-prepared and dry-sump version of Bentley’s powerful but efficient  4.0-liter twin-turbo V8 (which produces up to 600hp, in unrestricted race configuration), and with the instantly-recognizable shape of the classic Continental GT, the GT3 is a true member of the Continental family. Alongside its racing ambitions, the GT3 retains luxury grand touring roots, with its steering wheel, carbon racing seat and leather door-pulls all trimmed and stitched by hand by the craftsmen and women at the Bentley factory in Crewe, England. 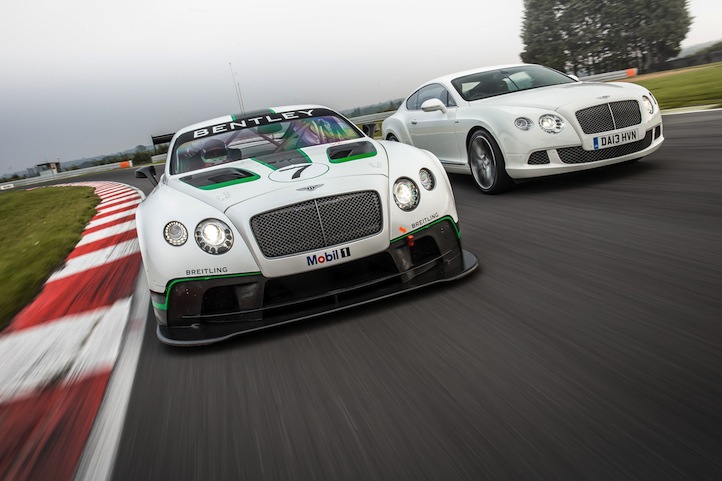 Following highly successful teamwork in the design stage, testing and development is being run by a specialist team comprising engineers both from Bentley and the Continental GT3 Technical Partner, M-Sport Ltd. Managed from a dedicated motorsport facility base at the Bentley factory, the car is being run by M-Sport in preparation for a full entry in the 2014 FIA Blancpain Series as Team M-Sport Bentley. 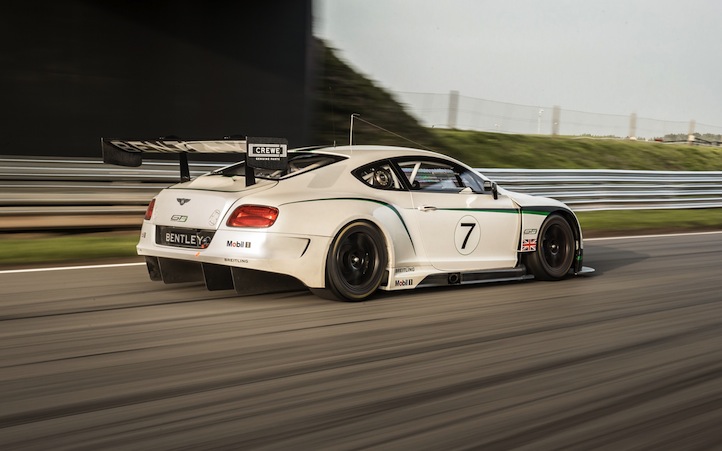