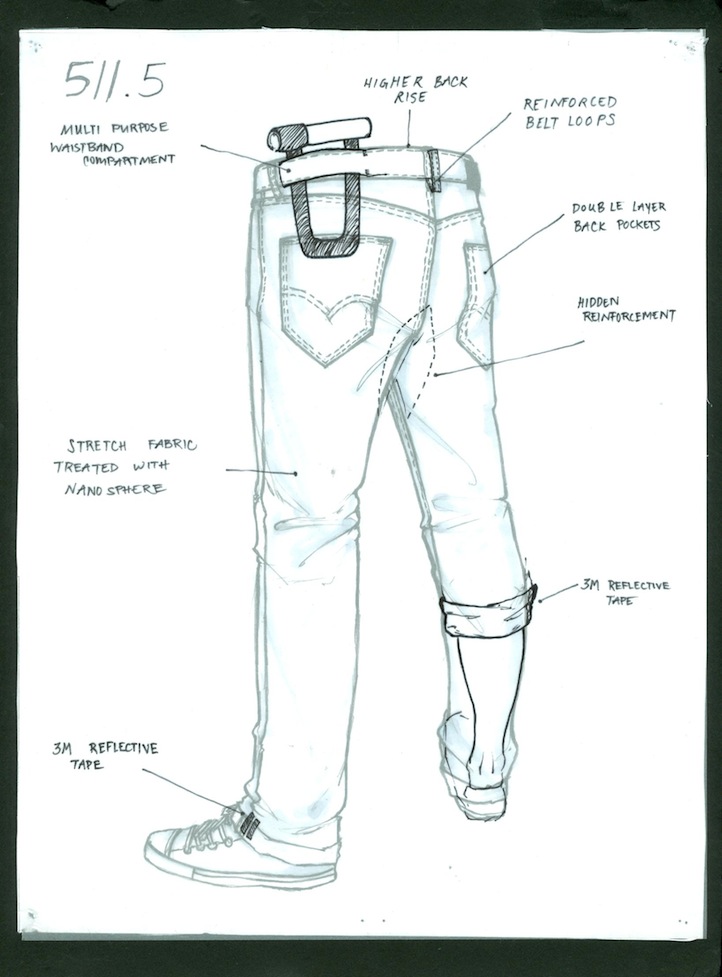 JeWon Yu joined Levi Straus & Co. in September of 2007 and currently acts as the Global Senior Designer, Men’s. Originally from Los Angeles, she now resides in the Mission district of San Francisco and spends her days spearheading the look and feel of Levi’s styled products. With their recent launch of the COMMUTER series, it was JeWon who spent a year devoted to the conception of the collection, a line of goods with the commuting mind at the pulse of the creative design. Here, we spoke with the talented Yu about digging into the brands archives and reinventing historic sensibilities with a modern sartorial approach.

Life+Times: What exactly is the COMMUTER series?
JeWon Yu: Commuter Series is a line designed specifically with the urban cyclist in mind. At a second’s glance, it isn’t any different to our regular five-pocket jeans and tops – and that was the whole point. We didn’t want to introduce a collection that screamed “Look at me, I ride my bike!” Basically, we saw that these urban cyclists were wearing our jeans and clothes anyway so why not offer them a little something extra? Also, for the first time, we’re introducing a woven tops line. We’re using 3xDry from Schoeller for our tops – absorbs moisture on the inside (won’t show through to the surface) and resists water on the outside. 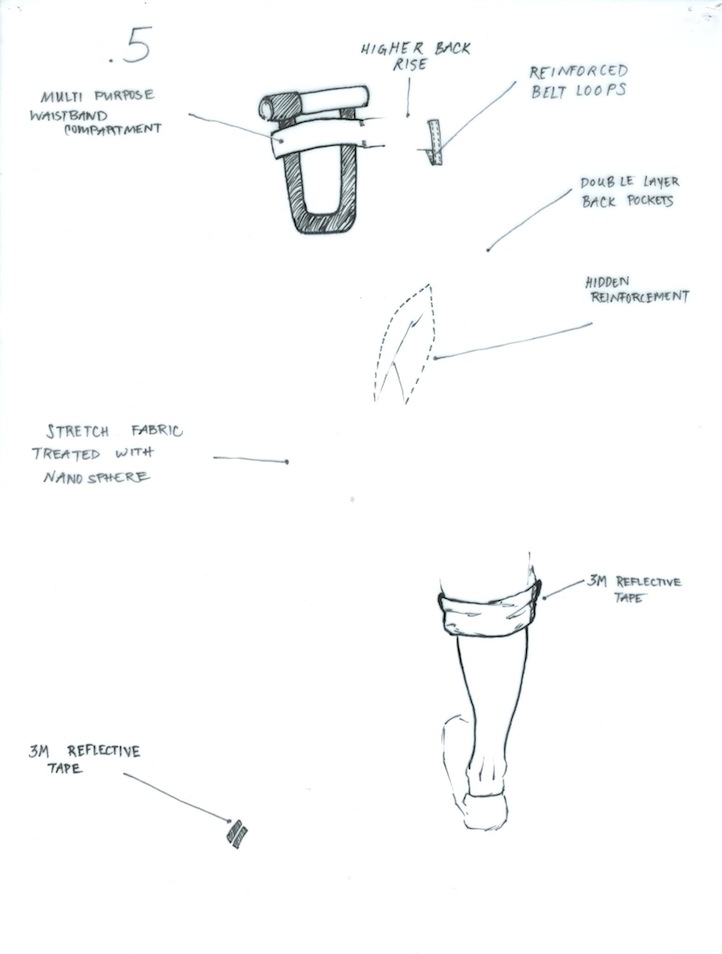 L+T: What makes the COMMUTER series different than other Levi’s products?
JY: There are distinct features on the product that are specific to Commuter. The attributes were narrowed down to five key main must haves that you’ll find in Commuter: 3M Reflectivity, stretch fabric, higher back rise/drop tail, reinforcements, and performance fabric – currently 3XDry for tops and Nanosphere from Schoeller for pants, making it oil and water resistant for light rain. Also, it’s noteworthy to mention that beer and wine will roll right off your jeans as well. It also has Sanitized, an anti-microbial so you don’t smell too bad after a ride.

It was important that the product was not tricked out or flashy – it had to look like a Levi’s product first and foremost. We wanted to use our fabrics, not what was already out there and readily available to everyone. That proved to be the most challenging aspect as we married technology that is near impossible to achieve on a mostly cotton product. But we made it happen with a team of very talented people. Now we’re on a role and are excited about the other possibilities. 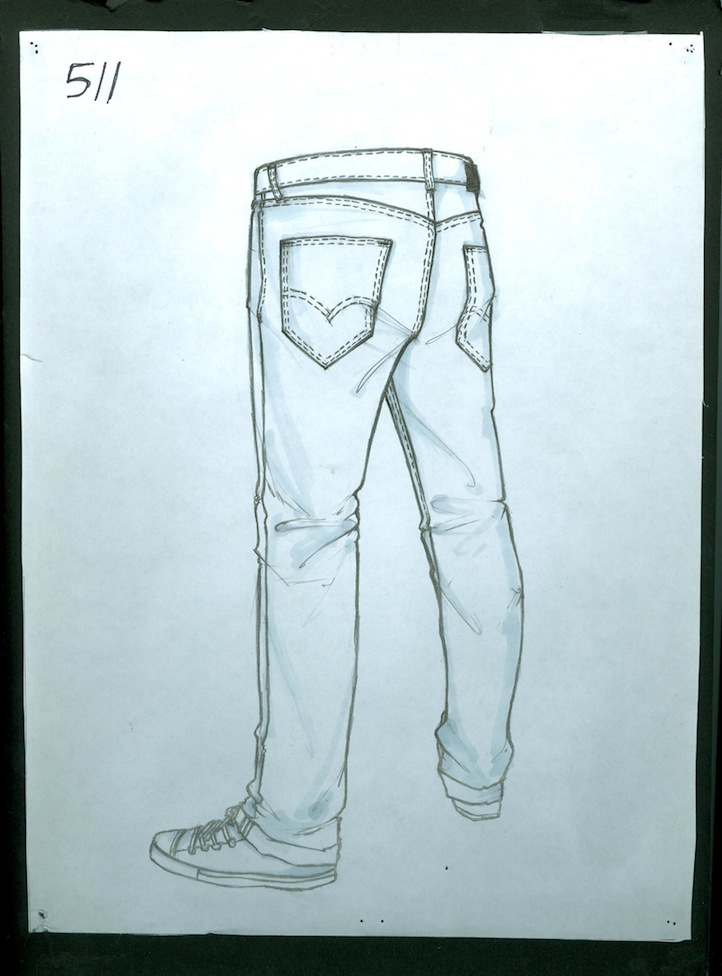 L+T: What research did you do when making the collection?
JY: First, as with any big project, we turned to our archives. It’s so rich with history and information. Everything that is on the Commuter product is influenced in some way by something we’ve already done in the past. The jean, as we know it today, has already gone through many evolutions from inception over a hundred years ago to the current product we see from different companies all over the world. The company has always been consumer centric and we’re no different today. This is just an additional offering geared (pun intended) toward a more specific lifestyle. We even took a stab at it in 1895, which is just ridiculously cool. Secondly, we spend some time with some great guys from Denver. What was great about this group was that they were from all walks of life: messengers, tri-athletes and regular commuters. They gave some wild and crazy suggestions but in the end keeping our iconic 5-pocket jean was crucial. Thirdly, wear-tests were done by the guys in our design and marketing department and they were integral to their likes and dislikes when it came to the product during the creative process. I instructed that each guy who was participating in a “wear test” ride in their jean for a month straight without washing them – true test of the anti microbial. Needless to say, even though Sanitized is a proven chemistry, I opted out on the smell test.

L+T: I know you were inspired by the wardrobes and mechanics of bike messengers. How so?
JY: Riding to work everyday on Market Street here in San Francisco, I love to observe all the other commuters – what they’re wearing, what type of bikes are being ridden and so on. I’ve always found it quite remarkable how much stuff people are able to pack on. That’s why the trucker jacket for Commuter was built with all the extra storage. This is probably the product that is most obviously the “bike jacket.”