It begins in London, transitions to Milan, and then concludes in Paris. Men’s Fashion Week is a European spectacular that shines the spotlight on the guy’s sartorial eye, and as of now, we’re in the midst of the Milan shows (a few more days before Paris kicks off). So far, DSquared2 has delivered a knock out 1940’s-inspired collection that was modeled by an all-black cast. The contradiction between tailored goods and loose-fitting torn up denim created a juxtaposed theme – infused with just the right amount of camp and humor Dean and Dan Caten are recognized for (this time, fedoras were a welcomed accessory). Denim was rampant (in both jeans and jackets) as well as a series of embroidered sweaters towards the shows finale that made us look twice. The 1940’s are back, but this time, there’s a more relaxed approach to DSquared2’s FW2013 collection. 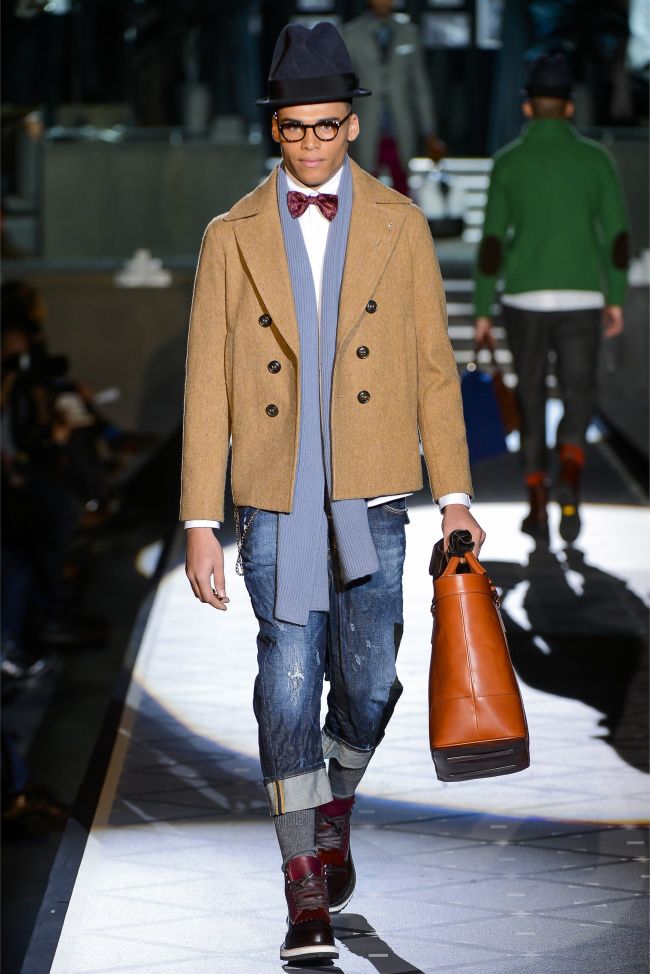 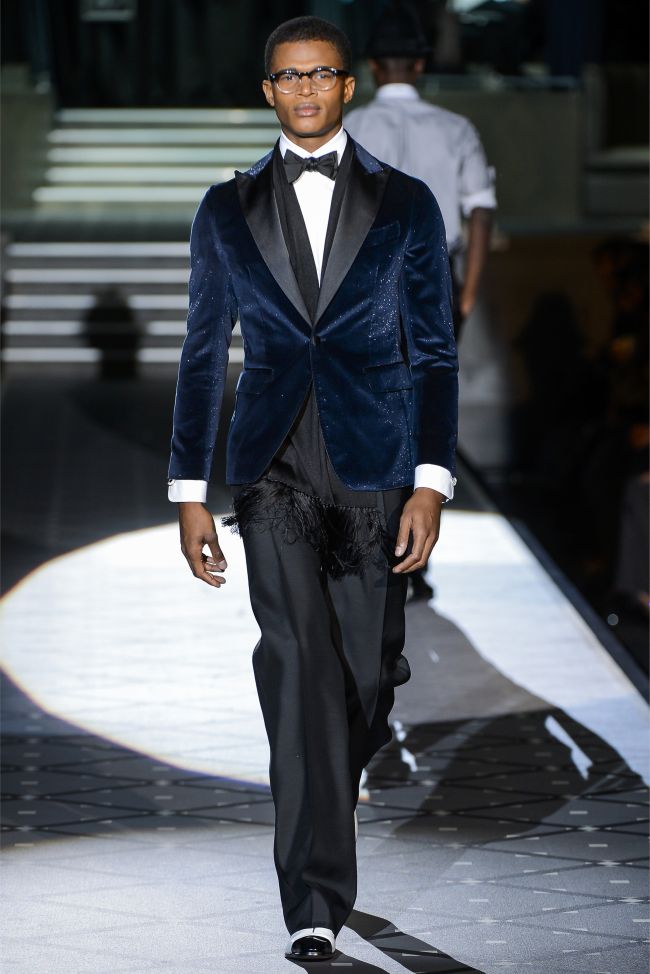 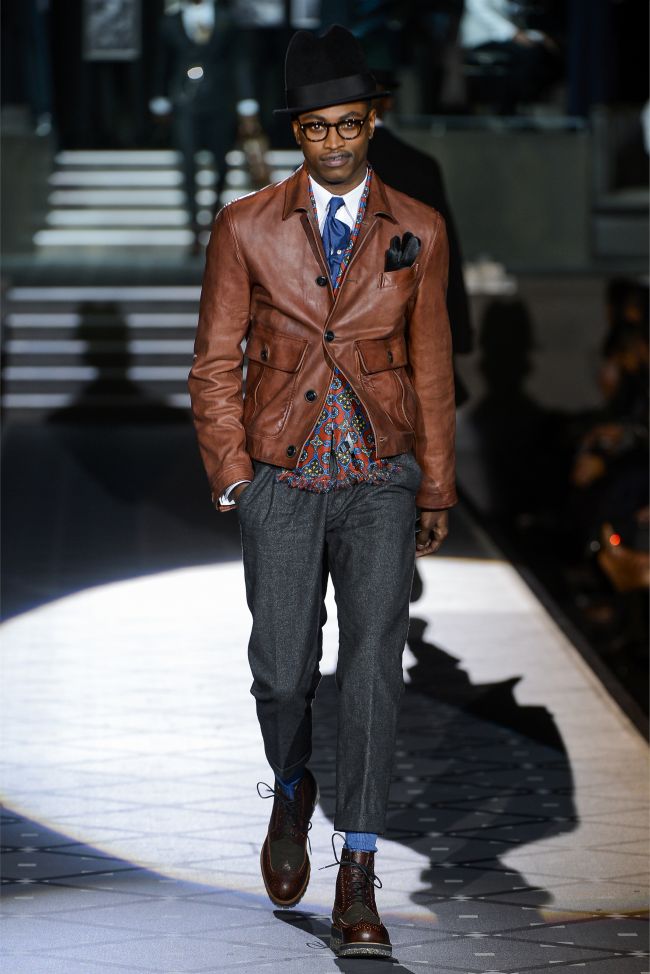 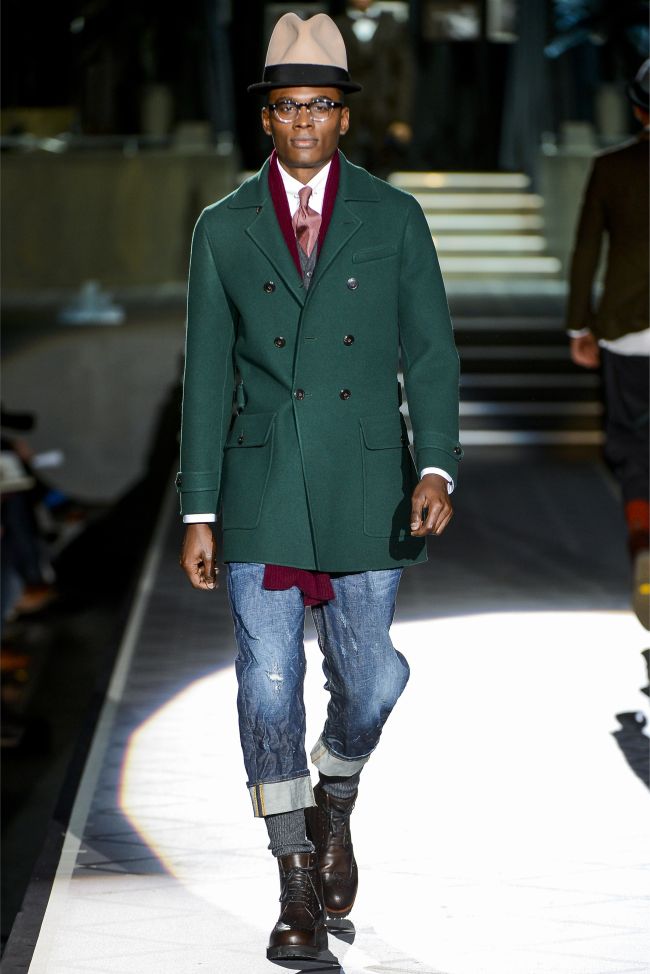 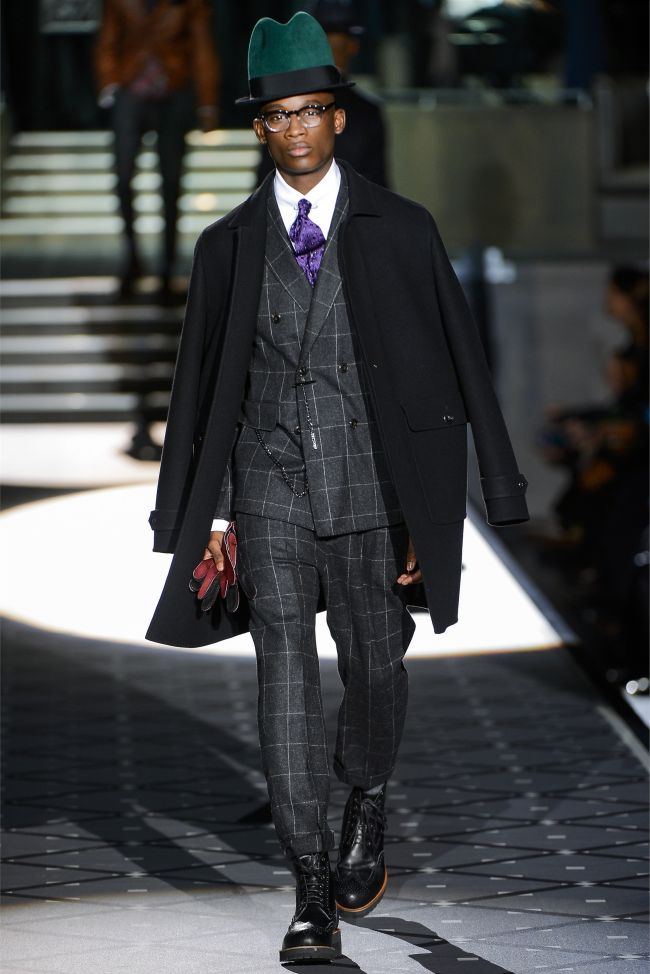 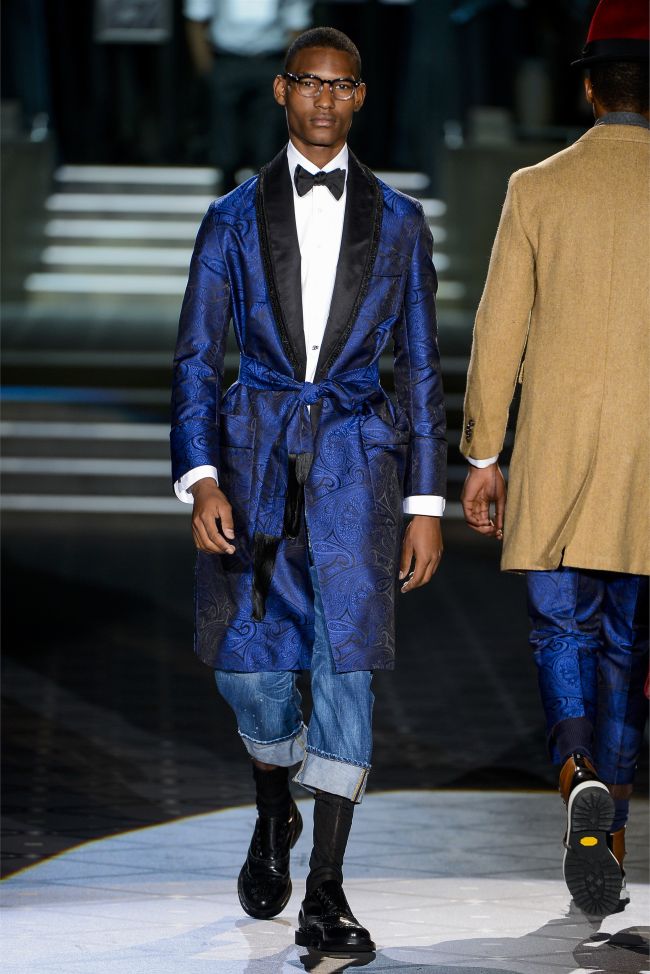 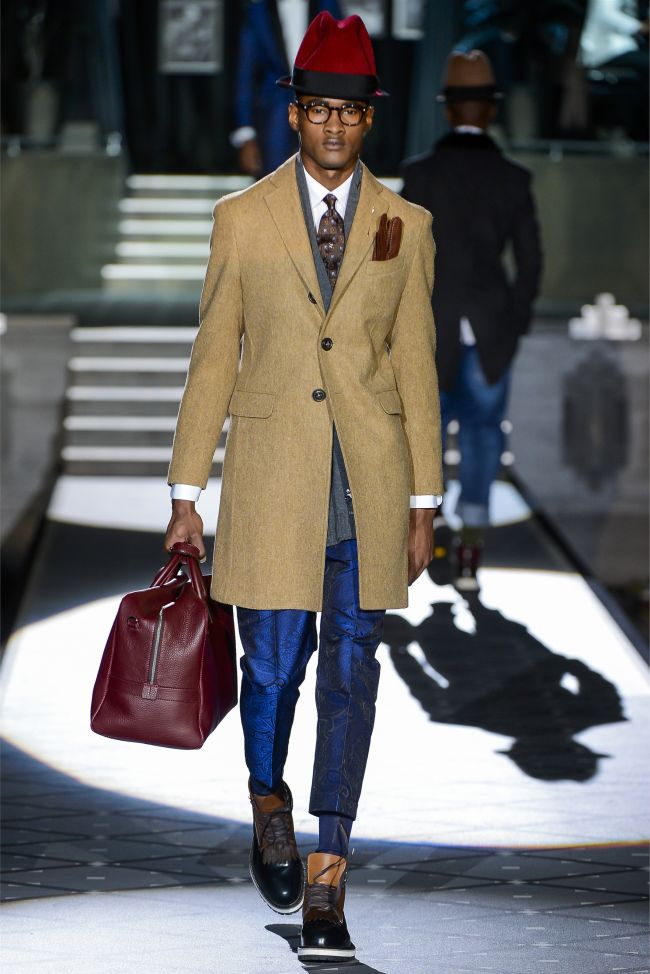