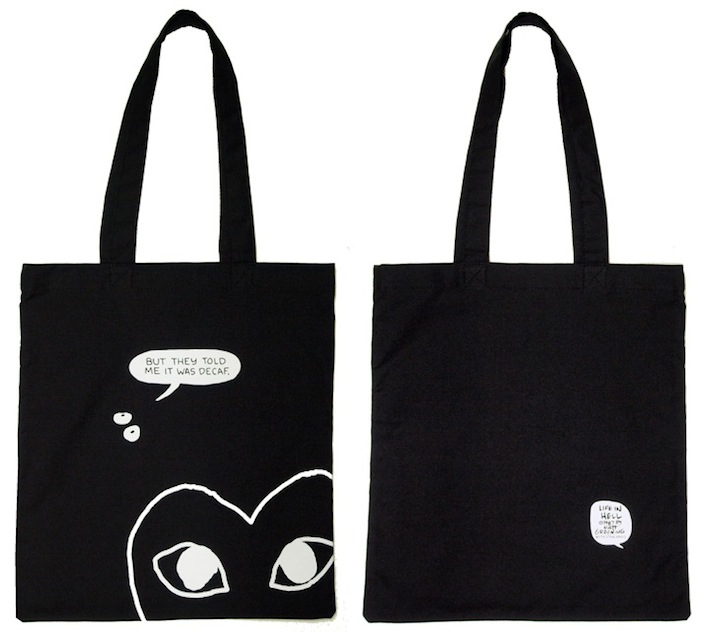 In an unexpected turn of events, the notoriously shy label Comme des Garçons (and the even shyer head designer and cultural innovator Rei Kawakubo) has bridged the worlds of two unusual suspects: cutting-edge fashions and comic book characters from the 1970s. With recent launches in Paris, New York, London, Hong Kong, Seoul, Bangkok, and Singapore, PLAY, by Comme des Garçons, has taken some of their wildly recognized designs and silhouettes and roped in the illustrated vision of Matt Groening, creator of The Simpsons.

Together, they conceived “Binky and Sheba PLAY,” a marriage between Kawakubo’s cult-loved line and the sketches of two characters from Groening’s 1977 comic Life in Hell. But it was a simple introduction between the two collaborators that propelled this idea of an unlikely joint vision. 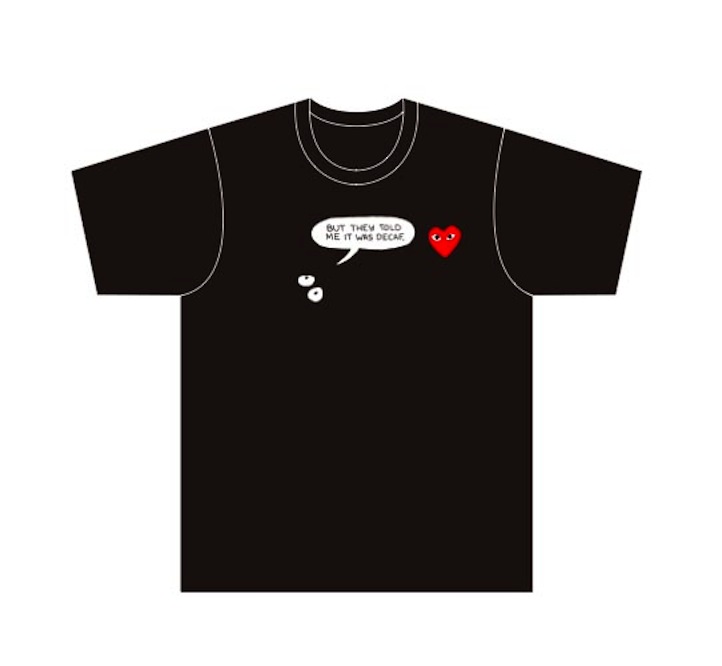 “We met Matt Groening in Tokyo last November through a mutual friend and had tea together” says Adrian Joffe, president of Comme des Garçons, as well as Rei’s husband. “The conversation arose about how crazy it would be if Matt and Rei were ever to do something together. It was completely unplanned – like all the best meetings of minds.”

From their initial cup of Orange Pekoe, it appeared that his comic book, Life In Hell, while edgier and more idiosyncratic than his other creations, synergized best with CDG. In addition, the permissions for image usage would be an easier task to conquer. Yet their collaborative process was quite streamlined. Joffe says, “Kawakubo studied the Life in Hell books, picked out her favorite scenes and words, and designed the layouts for all the t-shirts. Once completed, we sent them to Matt for approval….and he loved them all!” 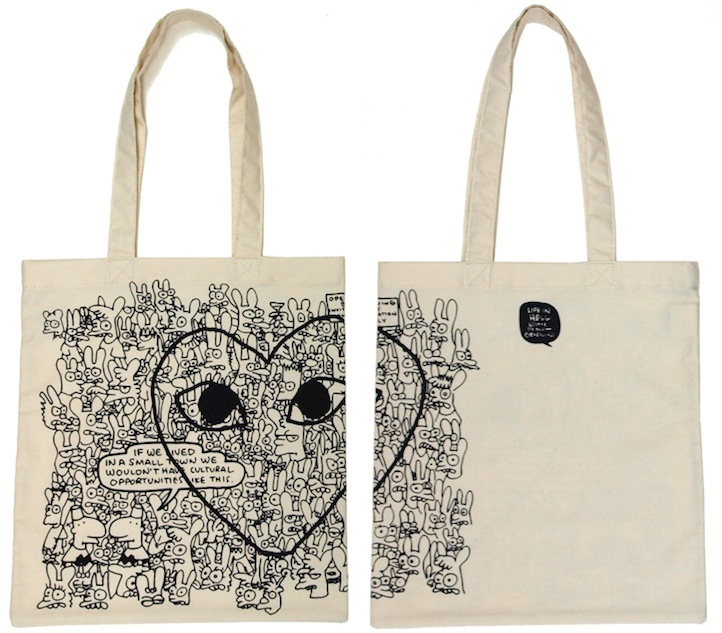 While they operate in different realms, the two aren’t as different as one may think.

“Their worlds are very different, but Rei and Matt share this disdain for rules and a certain iconoclasm. No collaboration can really ring true or have a meaning unless there is this kind of unexpected synergy and intuitive trust,” says Joffe. The range includes variations on canvas tote bags, a selection of black and white cotton tees, as well as a graffiti-adorned nautical striped long-sleeved tee. 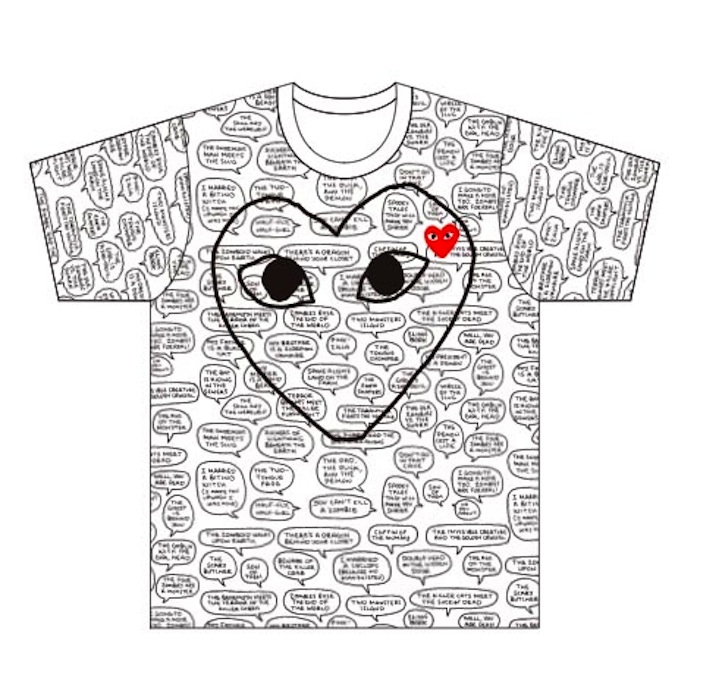 But at the heart of the collaboration is one unified view – a shared vision between both Kawakubo and Groening: “The only mission for Comme des Garcons is to always seek to do something new, to achieve the very purpose of creation,” states Joffe. “And this case is no exception.”