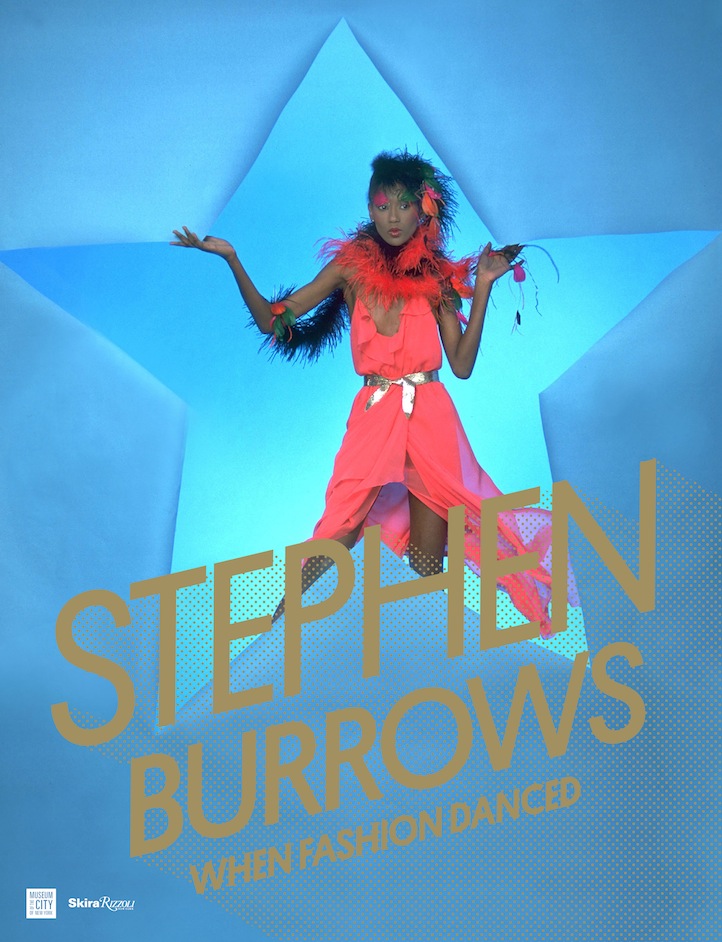 In association with the Museum of the City of New York, Skira Rizzoli has released the first major examination of the revolutionary work of designer Stephen Burrows—a celebration of the icons career accomplishments. The book (as well as the exhibition) documents Burrows’ creative output during his rise to fame in the 1970’s. Inspired by New York’s music, art, and dance culture, Burrows’ designs featured light and fluid fabrics and bold colors that perfectly captured the creative vitality of the era. Richly illustrated with photographs and many never-before-seen drawings, the book includes four essays, each offering a unique perspective into the designer’s work: Daniela Morera presents a perspective from abroad focusing on a new kind of American femininity characterized by the freedom of Burrows’ clothes; Glenn O’Brien explores the reciprocity between Burrows’ designs and the New York City art scene, where the designer partied with Warhol and the night-life elite of Studio 54; Laird Persson examines how Burrows got from Newark, New Jersey to New York City’s Fifth Avenue, and from Fifth Avenue to Seventh; while Magidson’s introduction is a vivid depiction of the renegade clothing environment of the New York City of the late 1960’s—the creative landscape in which Burrows began his career. Here, we chat with Mr. Burrows about this monumental time in his life.

Life+Times: The first major examination of your work is about to be unveiled by Skira Rizzoli. Why did now seem like the appropriate time to release this tome?
Stephen Burrows: The timing is perfect as the book accompanies my retrospective at the Museum of the City of New York.

L+T: It’s been deemed as a “celebration of some of the most innovative and vibrant years in American fashion.” What was this time period like in your career?
SB: The time was fun, exciting, experimental, inspirational and challenging in a good way. Plus, it was a time of amazing music and dancing. 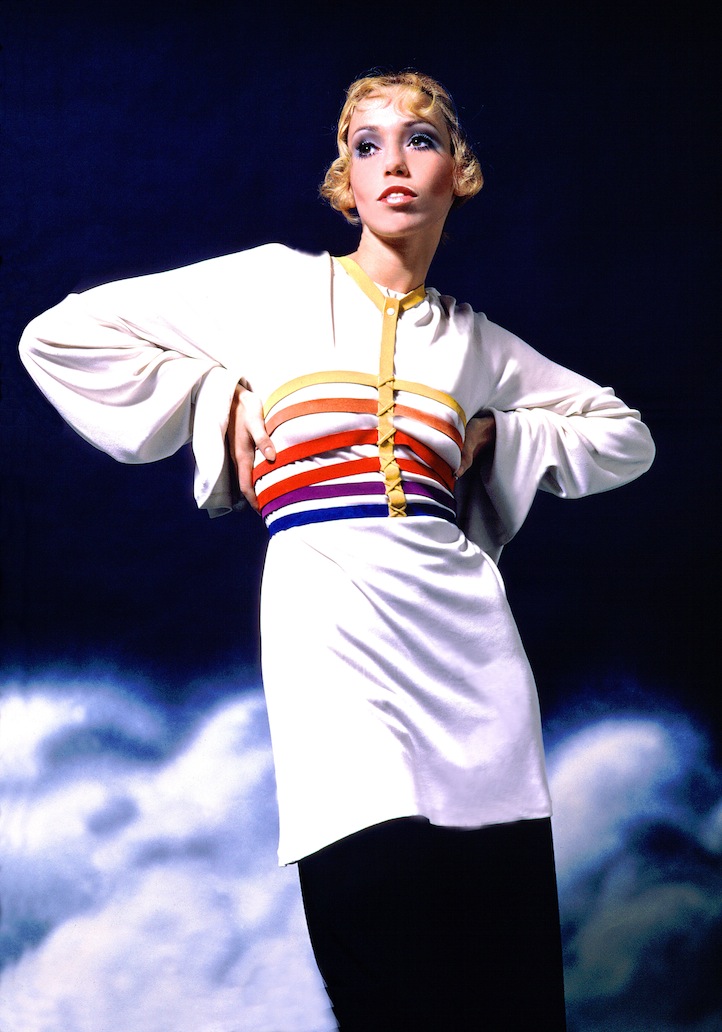 L+T: The book is timed to accompany a major exhibition at the Museum of the City of New York titled Stephen Burrows: When Fashion Danced – which is on view until July 28th. What was your involvement with this exhibition?
SB: I worked closely with the wonderfully talented curators Phyllis Magidson and Daniela Morera. My involvement included helping to pick out the clothes, finding definitive examples of my designs, recreating accessories and headpieces as well as working closely with curators.

L+T: What do you want people to take away from both the exhibition and the book? Are there any key messages you want people to comprehend?
SB: Throughout my career, I’ve created a range of clothing. The one common thread is that the designs are engineered sensuality. Fashion can be fun, adventurous, experimental and colorful. Design and dress for yourself!

L+T: You experienced a rise to fame in the 1970’s. As a creative force, what was this time like in your life?
SB: It was a very exciting time during which I met many influential, talented people who became friends and helped my career. The list includes Joel Schumacher of Henri Bendel and associate editor at Vogue’s Own Boutique, Eleanor Lambert, the public relations doyenne, Geraldine Stutz and Carrie Donovan editor at Vogue’s Own Boutique, and Nina Hayde from the Washington Post. Of course, during this time, I also met my lifelong inspiration, Pat Cleveland. 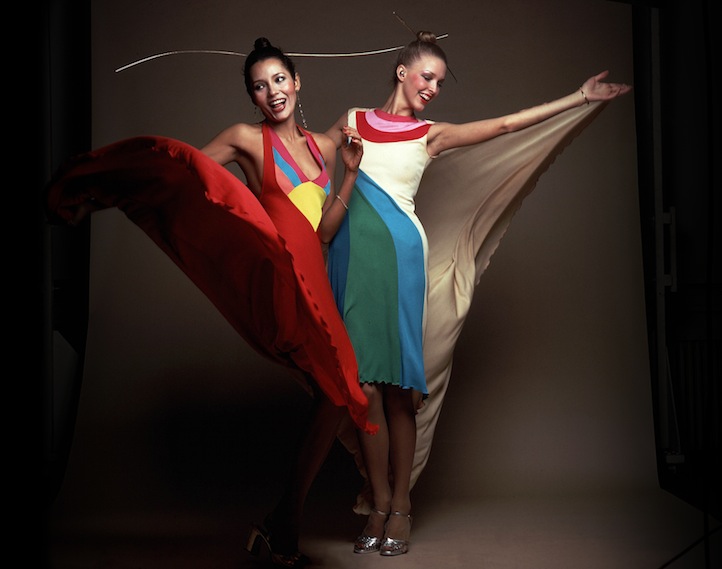 L+T: What was the creative process like in putting this book together? What did you learn about yourself throughout this duration?
SB: I was involved in collecting the images mainly through my dear friend the photographer, Charles Tracy who chronicled everything I did.

L+T: What are you currently working on now? What’s coming down the pipe?
SB: Once the exhibit opens, I am planning to take a vacation. 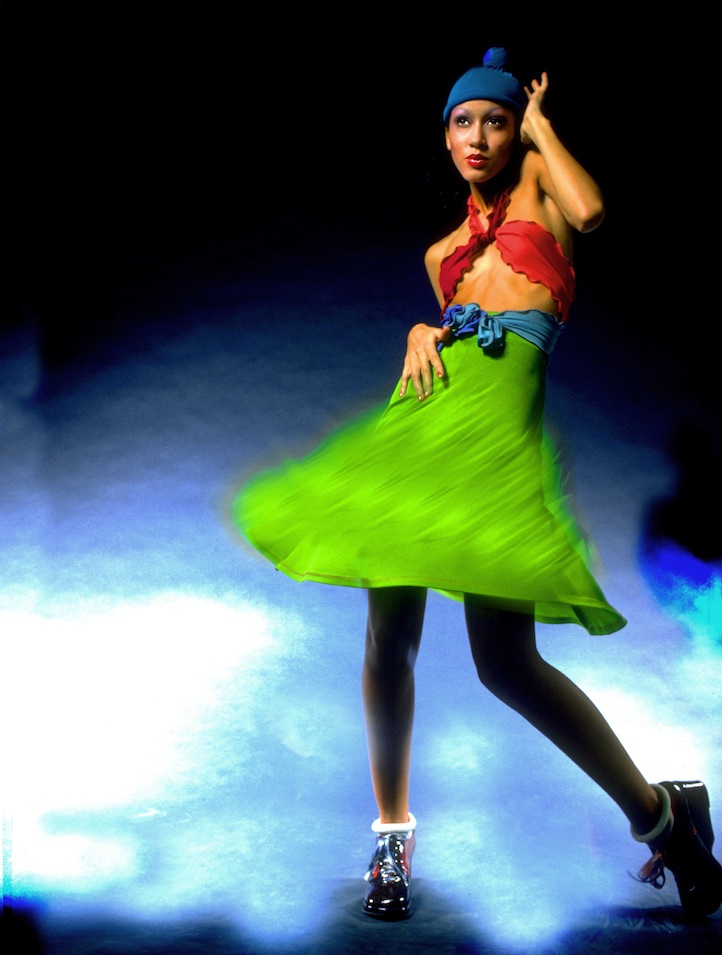