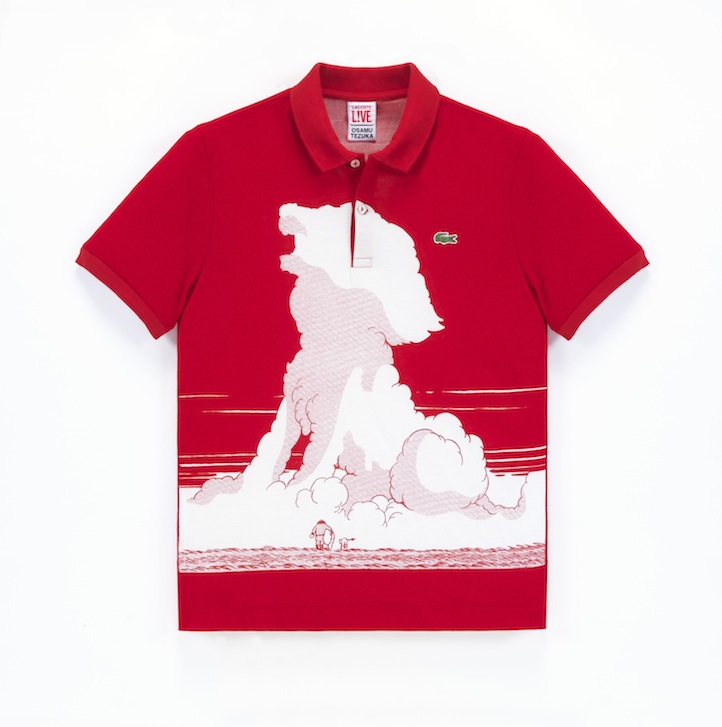 LACOSTE L!VE continues its collaboration with the famous Japanese manga team Tezuka Productions. Tezuka’s artistic universe comes over three new stories: King Leo, Crime and Punishment and The Phoenix to be discovered on polo shirts and tee-shirts as the first edition. 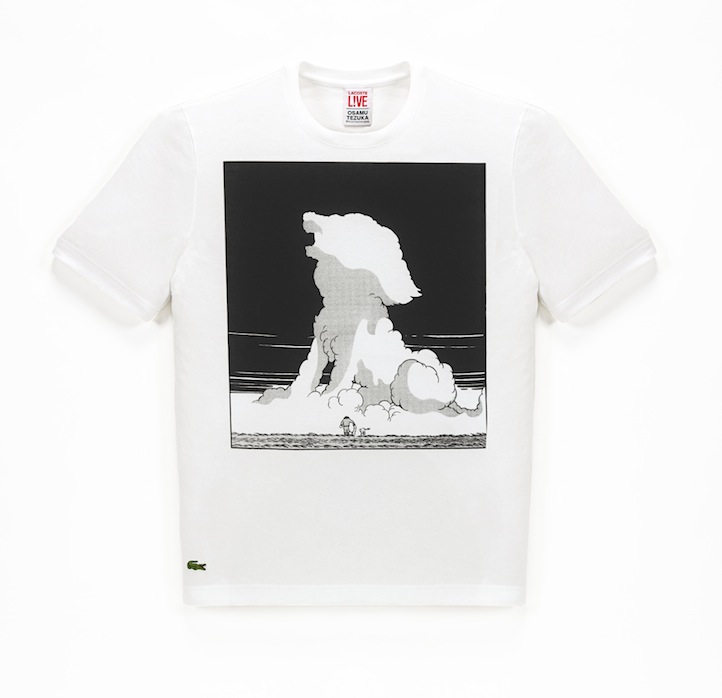 Osamu Tezuka (November 3, 1928 – February 9, 1989) was a Japanese cartoonist, manga artist, animator, producer, activist and medical doctor who never practiced medicine. He is best known as the creator of Astro Boy, Jungle Emperor Leo (Kimba the White Lion) and Black Jack. His prolific output, pioneering techniques and innovative redefinitions of genres has often earned him the name of “God of Manga,” and he is considered the Japanese equivalent to Walt Disney, who served as a major inspiration during his formative years. Since the death of its founder, Tezuka Productions has expanded the legacy and reach of its manga, including commissioning designer Hiroaki Ohya to launch “Astroboy by Ohya” in 1999, a fresh expression presenting messages from the world of Osamu Tezuka through the medium of fashion. 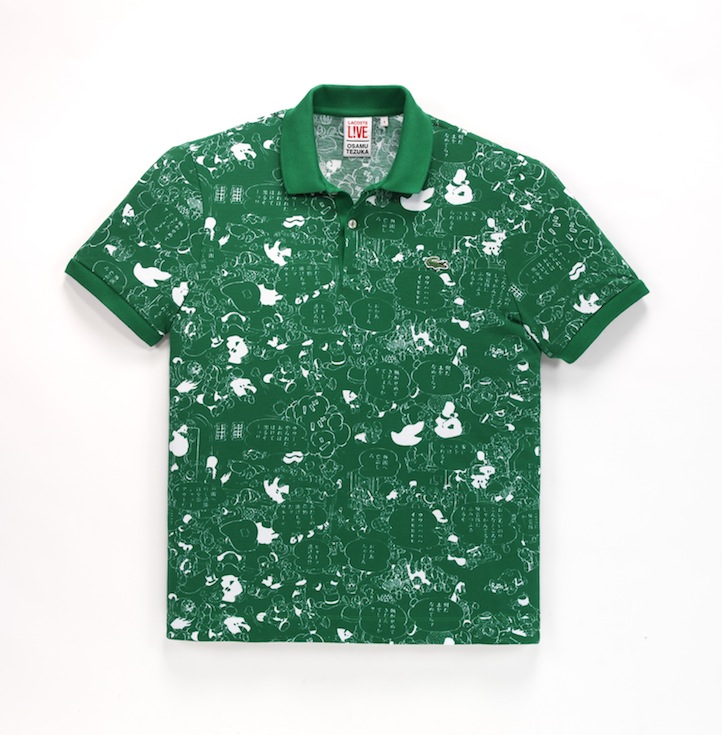 Tezuka Productions again tapped Ohya-san to realize the collaboration with LACOSTE L!VE. ‘When I was asked to work on this collaboration, I immediately recalled of a quote from 201 Words That Help You to Open Up a Path to the Future, which Osamu Tezuka published in 2005. Ohya-san explains. “Humans have had three dreams since the dawn of time. One is flying, another is transformation and the last is communicating with animals and nature.” 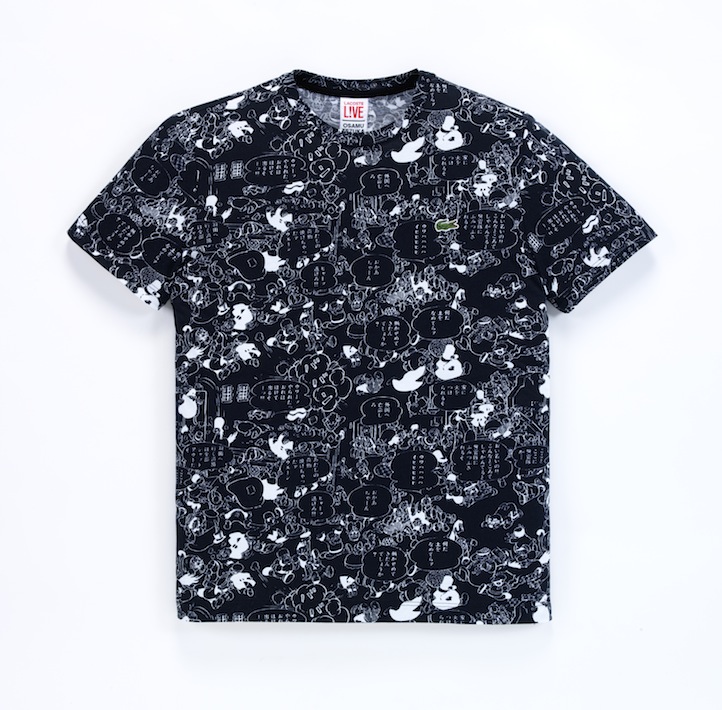 Ohya-san then hand-picked his favorite scenes from six original manga works (two representing each of the three dreams above) to create what he calls polo comics: “The stories are developed successively on the cover of the package, the front and sometimes back of the body of the polos and T-shirts and then the back of the package in the order of introduction, development, turn and conclusion,” offers the designer. “The sequels can be developed freely by men who wear the shirts. Not only people wearing the shirts but also other people around are entertained by the LACOSTE L!VE X Osamu Tezuka polo comics.” 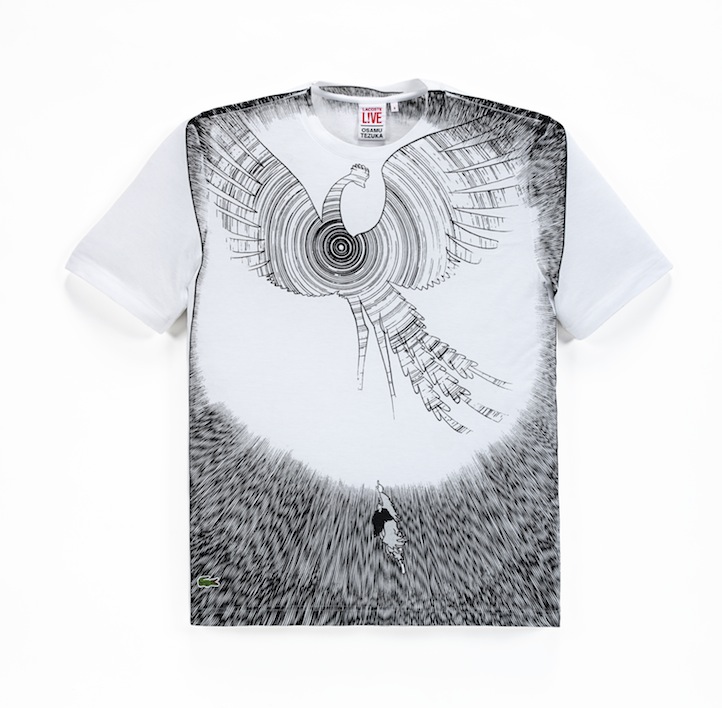