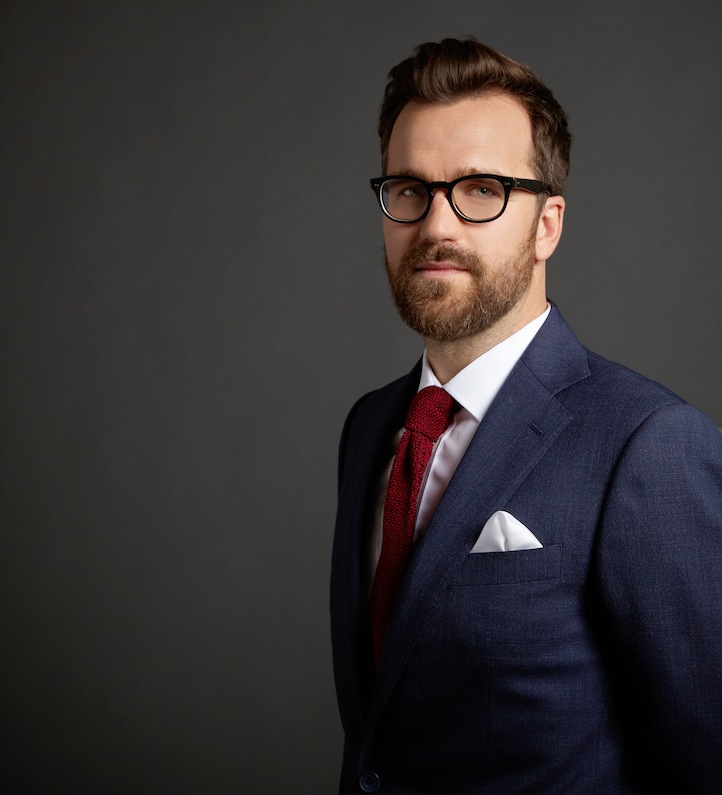 As the US Editor for MR PORTER, Dan Rookwood has recently moved to New York City by way of London – helping to shape the newly renovated direction of everyone’s favorite men’s online destination. Here, in time for New York Fashion Week, Rookwood talks to Life+Times about his new digs  and how on earth he managed to get a six pack in six weeks.

Life+Times: Welcome to New York City Mr. Rookwood. You’re now the US Editor of MR PORTER. How did this come to be?
Dan Rookwood: I’ve been a fan of MR PORTER since it launched just over three years ago. It was a game-changer from the get-go. Finally someone nailed the content and commerce model – and with such incredible content both in terms of the product to buy and the supporting editorial. Working in the media industry, immediately MR PORTER became the standard everyone else aspired to in terms of look and feel, tone of voice and design aesthetic. As a customer you fall in love with the online shopping side of things the moment you get your first delivery and it feels like your birthday. Funnily enough, I was offered the US editorship on my birthday last year. It just so happened that I had lunch that day with the editor-in-chief in London who said he needed someone on the ground in New York and asked if I was interested. I didn’t even have to think about it. I immediately called my wife and she felt the same way.

L+T: You were formerly the Style Director of Men’s Health in the UK. Some might not know, but you were also featured on the cover not once but twice. Tell me why.
DR: When I first started at Men’s Health I initially questioned the believability of the magazine’s promises on the cover. So the editor challenged me to live out the ultimate one: “a six-pack in six weeks.” Putting an average guy like me on the cover was a strong message for the reader,  because if I can do it, anyone can. It resonated so well that when I returned to the magazine after five years in Sydney, the editor asked me to do it again. If you want job satisfaction, it’s important to believe in the brands you work for and I’ve been fortunate to feel that way in each of my jobs. But never more so than now,  I couldn’t be more of a brand champion for MR PORTER.

L+T: Besides your role at MR PORTER – you do a whole bunch of other stuff – in line with journalism. How did you get your start?
DR: I write a few magazine columns in my capacity as US Editor of MR PORTER. It’s an effective way to communicate what MR PORTER is doing. I’ve always known I wanted to be a writer. At university I wrote for the student newspaper and then spent my vacations interning at newspapers and magazines like GQ, working hard to try and impress. While at post-grad journalism school in London, I had a night job at The Guardian uploading content onto their website. One night I saw a pile of resumes on the editor’s desk and so I asked him if there was a job going and then added my resume to the top of the pile. So it was a combination of time, place and downright chutzpah.

L+T: I also recently read that you review hotels for Mr. and Mrs. Smith. How did you get into this?
DR:My wife and I are two of their biggest customers. We live for the weekends and Mr and Mrs Smith have never let us down with a hotel so we generally just book through their site. I met their team at an event and we got talking, they asked me to writer a guest review and I’ve been one of their reviewers ever since. Through staying in so many places we have developed a pretty finely attuned sense of what works and what doesn’t when it comes to interior design. There is a fair amount of crossover with fashion. 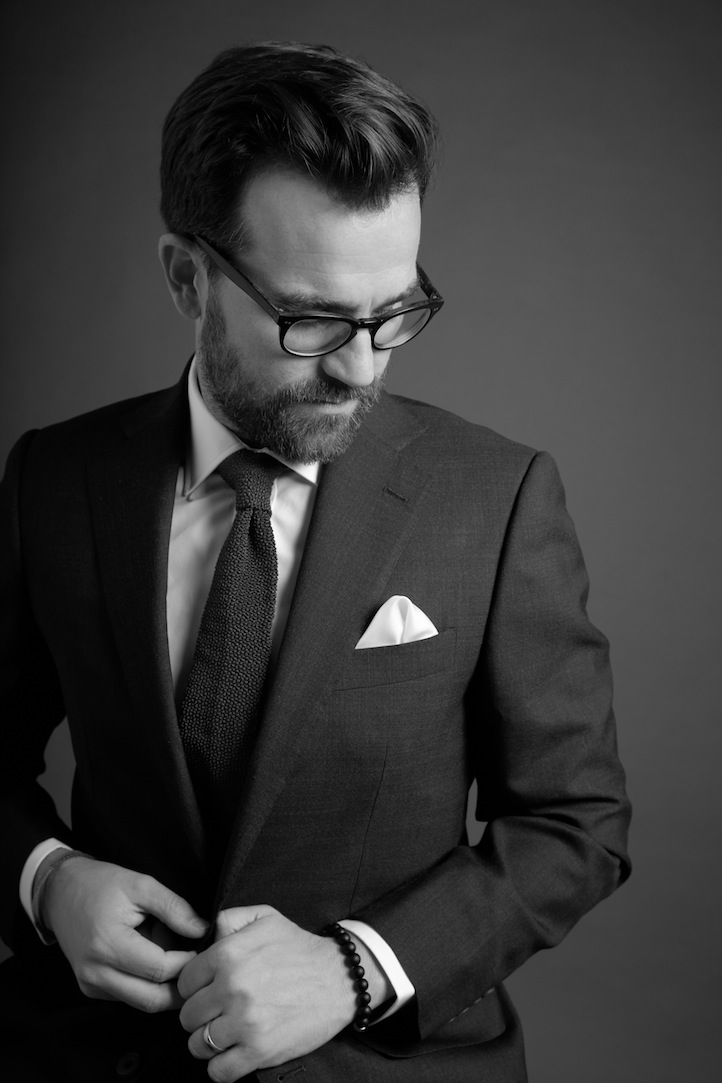 L+T: Since your move to NYC – what do you want to achieve with MR PORTER. What do you want to achieve in your role?
DR: We need to continue to spread the MR PORTER gospel far and wide across the States. The US is already a huge market for us but the growth potential is absolutely massive. And now that we have next-day delivery across the US we can reach our customers so easily and quickly. My job is also to generate strong editorial content from here with US talent. While doing this I am learning as much as I can about the future of retail and media from one of the most innovative and progressive companies in the world. It’s about being the best and strengthening our position as market leaders in the right way. There is such a can-do attitude here, it’s infectious. 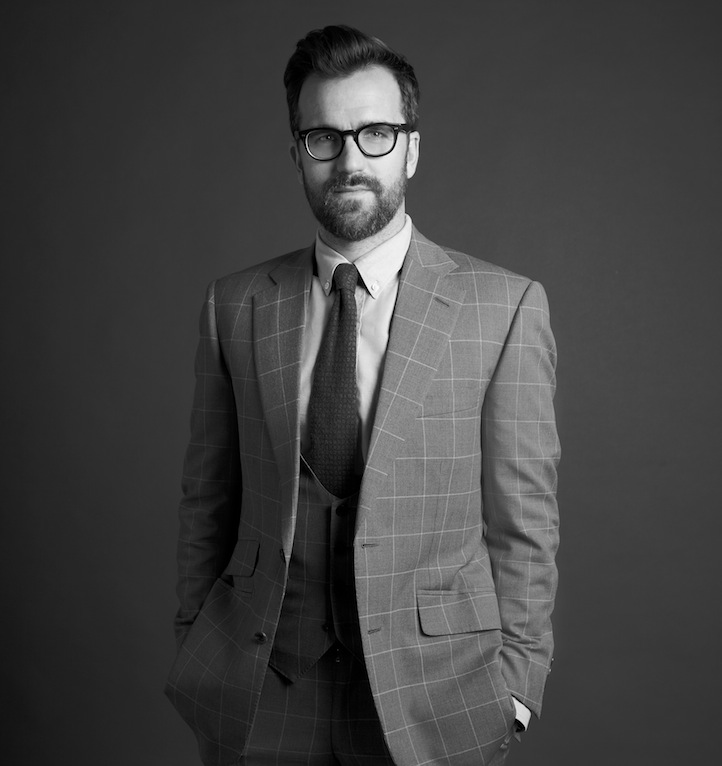 L+T: Since the brand’s inception, how do you think the MR PORTER guy has changed? How has he evolved?
DR: Firstly I think men have definitely overcome that initial hurdle of shopping for clothes online and have realized how much easier and more convenient it is than spending their precious free time schlepping around stores. We offer free returns but our product return rate is impressively low. Seeing product styled so well and reading the story behind it and being able to zoom in to examine the details has all helped to educate and inform our customer. This means that he increasingly knows how to put looks together and feels much more confident as a result which in turn means that he is pushing the boundaries a little more inventively rather than sticking to the safe basics.

L+T: You’re now living in Brooklyn with your wife and your dog. How’s Brooklyn been treating you?
DR: We love the buzz and energy of Williamsburg. It’s a huge change of pace from where we were living in leafy and sedate Richmond on the fringes of London. It’s nice to have the physical separation of the East River and feel like we leave work behind in Manhattan. We often watch the sun set over that famous skyline from the waterfront pier outside our apartment. I don’t get tired of that view. My Instagram followers might feel differently.

L+T: What is your morning routine?
DR: The alarm goes off at 6:30am and I try and start each day with exercise – either using the gym in my building, going for a 6.5km run over Williamsburg Bridge and back, or taking the dog for a walk together with my wife around McCarren Park before stopping off for breakfast at a bakery on Wythe called Bakeri – which is what we did this morning. My commute to MR PORTER’s office on 5th Avenue is 15 minutes door to door. But since New York is five hours behind London I always have a full inbox of emails from the UK office to attend to when I arrive.

L+T: What can we expect from the site coming down the pipe?
DR: We’ve been working hard on a re-design of our weekly online magazine The Journal which which we launched earlier this month. It’s designed to be even easier to read on smart phones. All the FW14 product is arriving on the site now – and I tend to find fall/winter clothing easier to wear and buy into that spring/summer. That’s really the one big positive thing for me about the end of summer. We have some exciting new brands on site this season including Berluti’s shoes and incredibly luxe ready-to-wear clothing; New York brands like Public School and Alex Mill; some fashion stalwarts like Calvin Klein and Polo Ralph Lauren; plus some established brands that have gone in exciting new directions like Club Monaco and Loewe. Aside from that, we’re gearing up for a hugely exciting movie project early next year with the release of Kingsman: The Secret Service, starring Messrs Colin Firth, Michael Caine and Samuel L Jackson. Stay tuned for more on that but it will be yet another world first for MR PORTER.