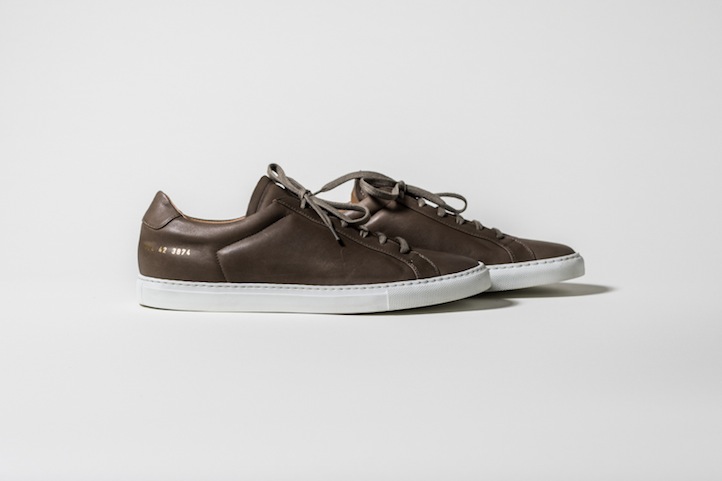 Common Projects is an ongoing collaboration between artists and designers and was founded by Prathan Poopat and Flavio Girolami. The brands design philosophy is based around three principles of form, function and materials and fresh off their FW12 collection, co-founder Prathan Pooat breaks down the business behind his Italian-made shoes.

L+T: How did the two of you meet? What are your past work experiences like?
CP: We’ve known each other forever through mutual friends. Flavio, was in Italy working as creative consultant for brands over there and I was an art director V/Visionaire. We both kept our day jobs for a while. I consulted on a lot of high end branding and advertising and Favio was doing much of the same. We found that our areas of expertise really complimented each other and eventually we decided to join forces. 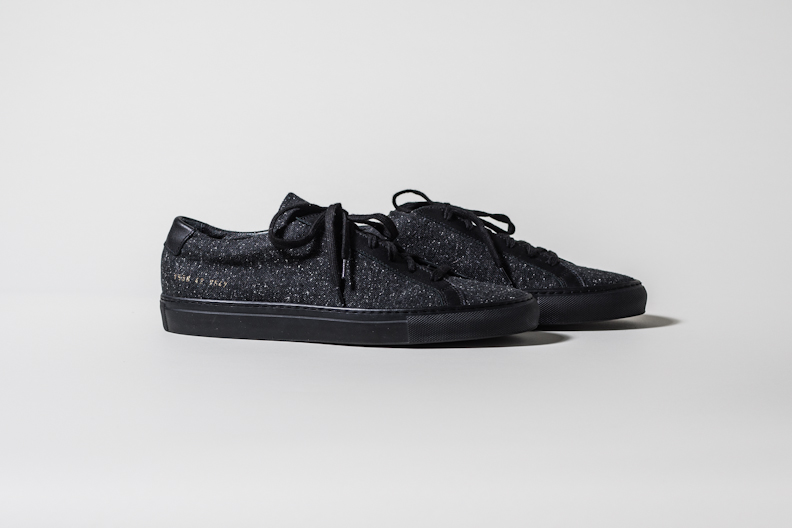 L+T: When did the idea come about to launch a line of shoes? What was the original idea? How much has it changed since its inception?
CP: We had the idea to make a shoe, singular. We weren’t originally intending to launch a line of shoes. It was something we decided to do for ourselves and were intending to wear the coming summer. The idea was to come up with something Flavio and I could both wear. We wanted something simple yet classic that we just couldn’t find. We drew it up, went through a round of changes and the end result became what is now know as the Achilles. It hasn’t changed much since. Since inception, we’ve expanded our distribution globally and collaborated with some of the best folks in the fashion world. We also launched a women’s line based on a similar ethos of classic simplicity. Apart from that, we really haven’t changed much. We’re still an extremely lean company and our process remains the same.

L+T: You’re both formerly trained as industrial and graphic designers. How do these fields benefit the construction/design of shoes?
CP: We both have strong backgrounds in design, but neither of us specifically in shoes. In a way that comes as a benefit maybe because we’re constantly looking for better ways to do things instead of jumping to the obvious solutions. Sometimes we create something new in the process. Having design backgrounds definitely help. Mostly because we’re able to clearly communicate or ideas.

L+T: Common Projects’ design philosophy is based around three principles of form, function and materials. What are these?
CP: The principles are mostly derived from the modernist philosophy on design “form follows function.” Materials are important to our process in that different they can yield quite a different product. 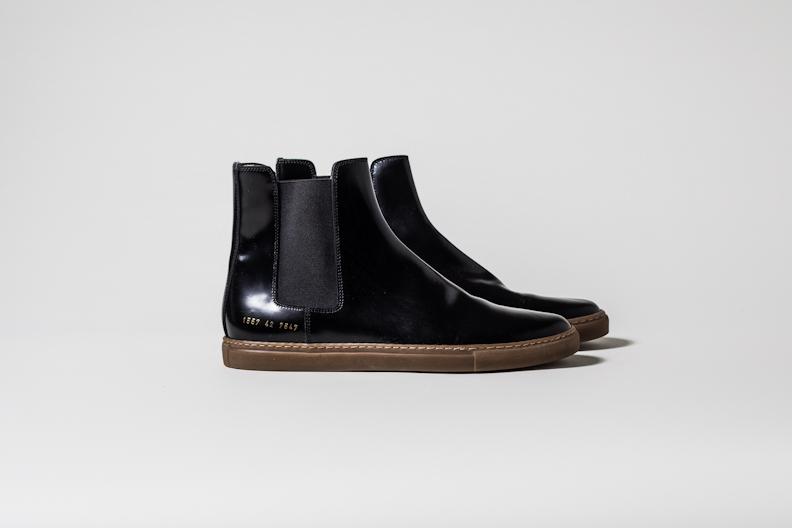 L+T: Where do you see the brand in ten years?
CP: Our brand is very organic and we try not to think too far ahead. We keep our heads down and try to keep making good things. Eventually we hope this naturally branches into other areas we haven’t yet explored.

L+T: How many different styles do you have? Is the original Achilles Model 1528 still the benchmark for simplistic luxury sneakers?
CP: We have at least 50 models in rotation and usually develop a couple new ones each season. The Achilles is definitely still what we consider the benchmark. There have been a couple iterations of the Achilles from season to season like the Premium, but for the most part, we’ve never felt the need to change the Original Achilles and it’s always in the collection and people really seem to like it. I guess if it ain’t broke, don’t fix it.

L+T: Tell me a little bit about the numbers on the shoes. What are these? How did you come up with this idea?
CP: The numbers quite simply are a demarkation of the style, the size and color. This information is usually on the inside of the shoe, we turned it inside out. It’s become our trademark. 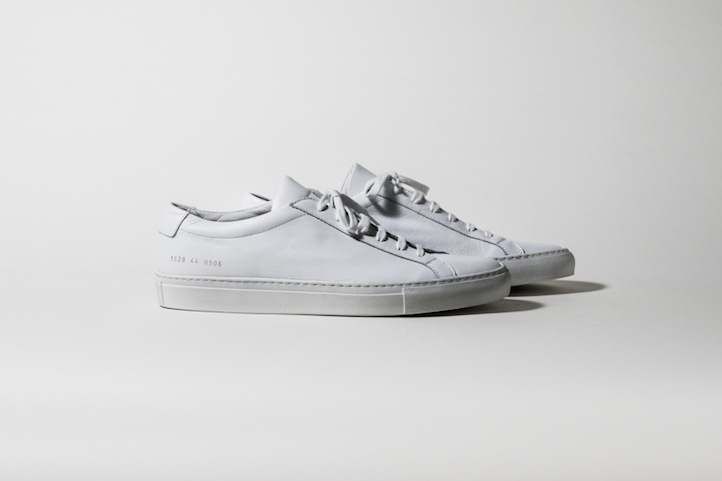