Christian Louboutin, the man known for his iconic red soles recently opened his second men’s boutique in New York City after the success of his debut men’s shop in Paris. The new store, of approximately 1,500 square feet, occupies a unique structure that encompasses an abandoned section of the city’s landmark Highline. The innovative interior design elements combined with the industrial character of the building harmonize with the eclectic nature of the neighborhood. The loft-like space greets customers with exposed ribs of the highline, which tops the structure and acts as its ceiling. The front salon is distinguished from above with six skylights, salvaged from the Park Amory New York, which have been retrofitted with mirrors and suspended from the ceiling. Below, a geometric rawhide border frames the signature men’s Louboutin red carpet, while the rest of the space is floored with cobbled leather panels commissioned especially for the men’s boutique and created in Mexico City by local artisans. Here we take a look inside. 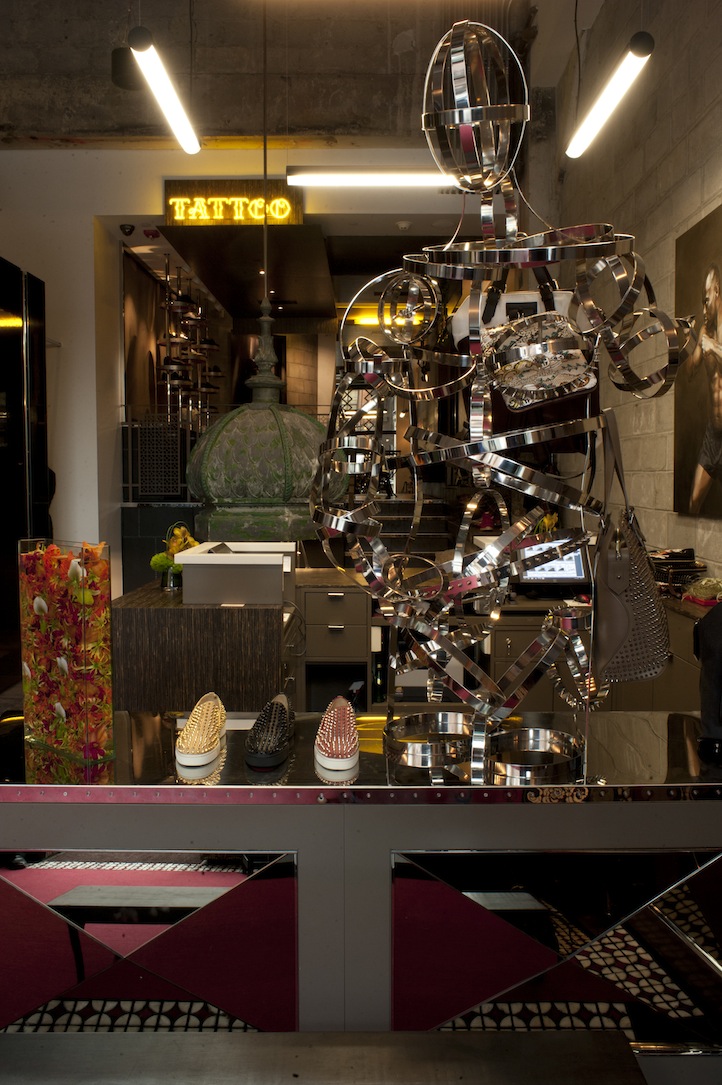 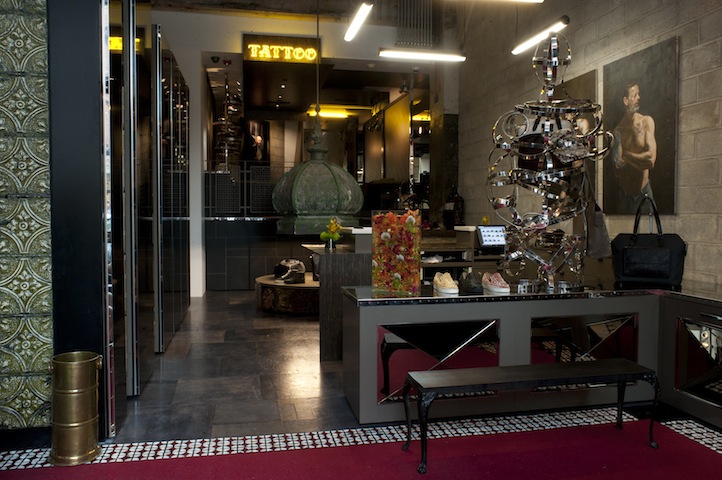 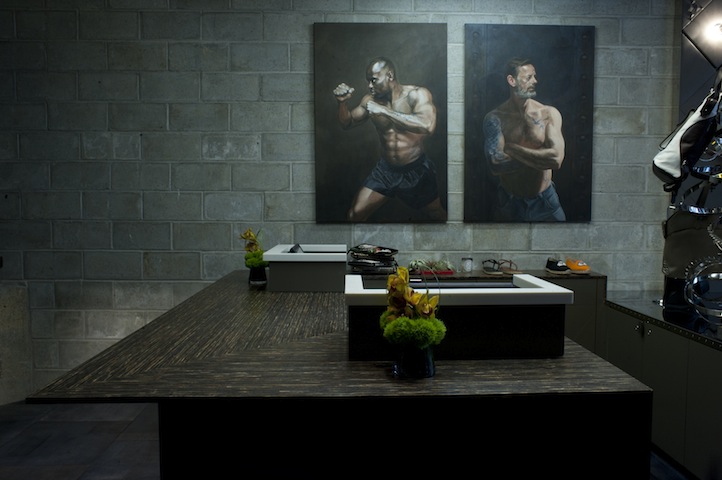 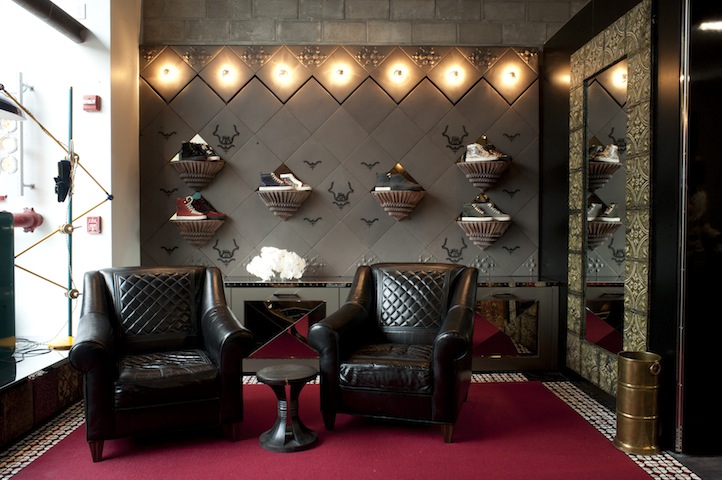