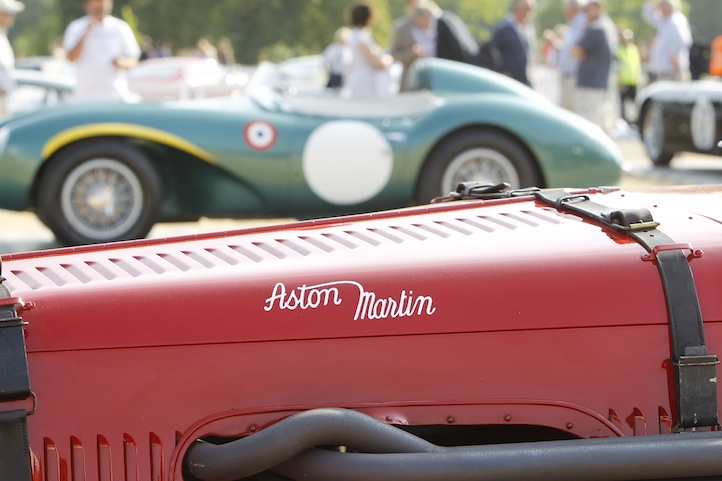 The hundredth anniversary of Aston Martin is cause for a proper English celebration. Life + Times attended Aston Martin’s official five-day birthday party in London this July to commemorate the occasion of the luxury carmaker’s centenary.

Aston Martin is British style and design at its most distinct. The vehicles are sculptural works of beauty and inspire awe up close. Simply put, in the past 100 years there has never been such thing as an ugly Aston Martin. It’s a brand that’s the very definition of posh. Prince William and Kate Middleton drove a Seychelles Blue Aston Martin DB6 MKII Volante on their wedding day. Prince Charles received the car from Her Majesty the Queen in 1969 when he turned 21. It’s fitting that Aston Martin’s birthday was celebrated in a royal park one day before the birth of the new prince.

Robert Bamford and Lionel Martin founded the company in 1913. The duo specialized in engine building, tuning Singer cars that performed well on the Aston Hill Climb. The first car was produced in 1914. From the beginning, Aston Martin cars were favorites in motor sports circuits from the Nurburgring to Le Mans. But it was the sight of James Bond driving the silver DB5 in the 1964 film Goldfinger that transformed the brand into a car synonymous with Hollywood glamour. (“DB” stands for the former company head David Brown.) Every detail on an Aston Martin vehicle seems to lead to a story, and the value of its heritage is part of the brand’s core. 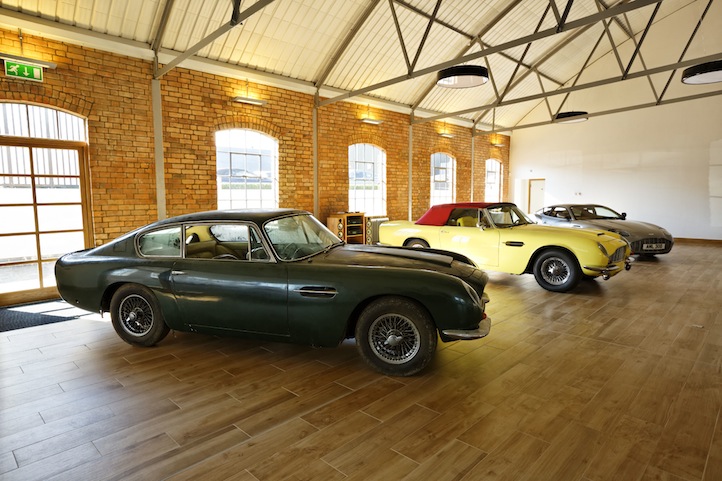 To kick off the centenary celebration the factory headquarters opened its door for tours in Gaydon. We watched a craftsman mold a hood panel in patient strokes with his bare hands. Hand built history converges with more efficient processes at Gaydon. In a sign of the times, a bright orange leather interior was among the bespoke parts being crafted on site. Each Aston Martin model has its own unique sound that complements its identity on the road. We also made a trip in an Aston Martin Rapide S to the Newport Pagnell facility, 90 minutes north of London, the company’s former headquarters where restorations and repairs are made on cars shipped from around the world. Here, Aston Martin painstakingly restores cars to full working condition. It’s a place where the processes of the last century are analyzed and copied with precision to restore the aluminum frames on rare models. The aluminum was originally obtained from melted down aircrafts.

Aston Martin has built 65,000 cars over the years — a remarkably low volume for such a prestigious namesake. In some of those years, the company produced only a handful of models. Yet, it is believed that 90 percent of the car cars have survived, mostly because of the dedicated collectors that covet the brand. 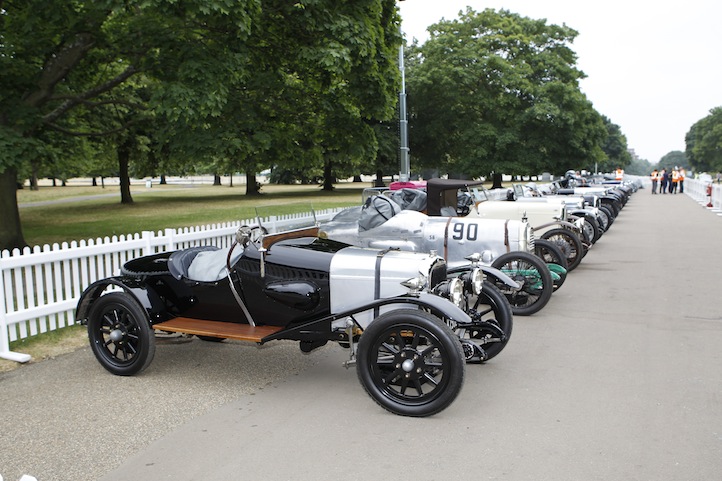 Aston Martins took over the streets of London for its birthday celebration. Many owners rallied and transported cars from as far as Argentina. Owners attended a black tie ball at The Freemasons’ Hall on one evening of the celebration. DJ Benji B played the party, accompanied by a conductor and live orchestra. He opened with Bond-themed music and wove in 2 Chainz to his set. Ulrich Bez, the 70-year old company CEO closed out the dance floor. Aston is by no means a stuffy company.

The birthday bash culminated in the largest gathering of Aston Martins ever conceived on the royal grounds of Kensington Park in central London. This section of the park is lined with stately palaces. Here row after row of Aston Martins were organized in an historic timeline. There were 550 Aston Martins on display with an estimated value of $1.5 billion dollars. Several of the cars there are rarely shown in public including the oldest existing Aston, the A3; the Razor Blade, a championship racecar; and the arrestingly beautiful DB4GT Zagato. An entire section was devoted to the immortal Bond cars. 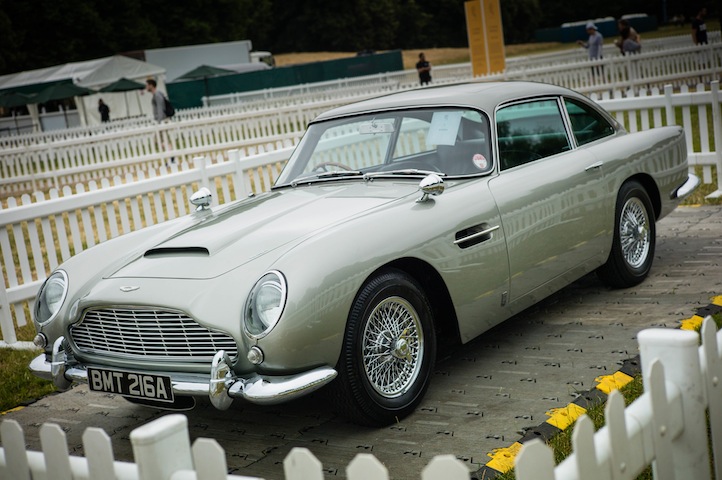 Aston will continue to honor its history with more fanfare. The celebration continues for the duration of the year including the introduction of a new Vanquish Volante, V12 Vantage S and CC100 Speedster Concept at Pebble Beach in August. The company points to the wings on its emblem as it moves toward the future, its devoted to preserving its reputation for handcrafting dreamy automobiles for the next centenary. 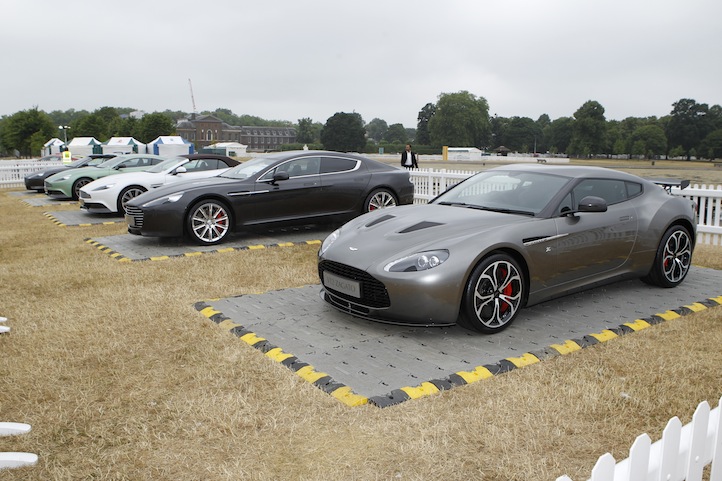 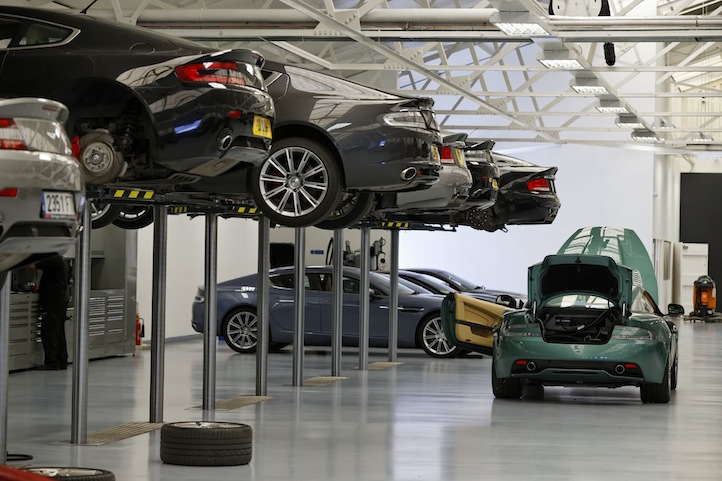 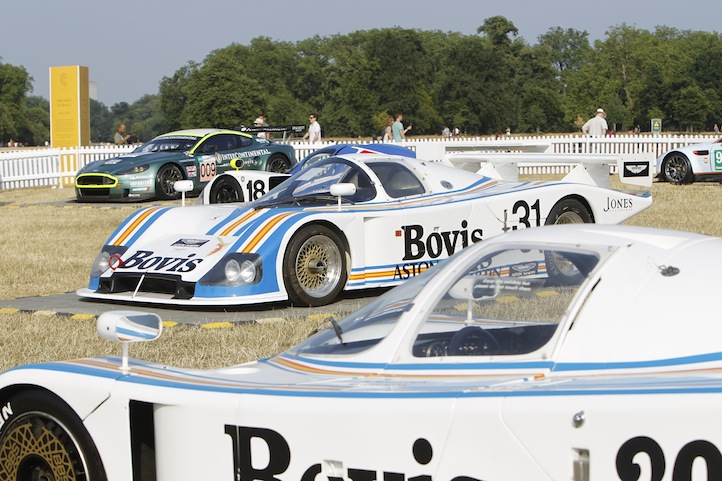