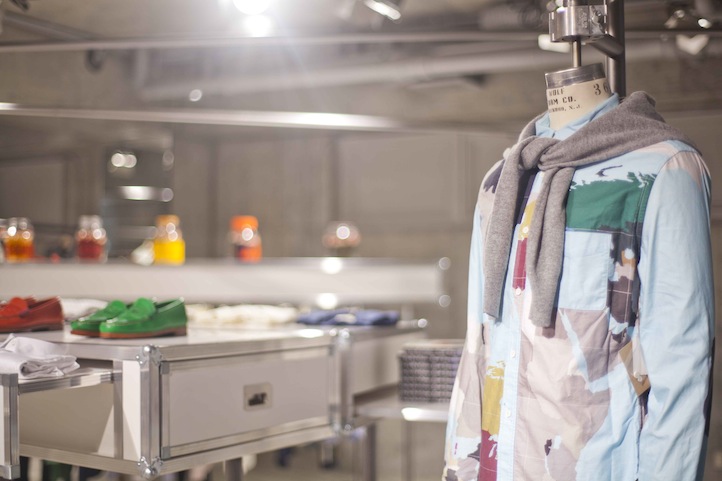 Band of Outsiders collaborated with award-winning architectural design studio LOT-EK on a brand new, three-story building in the Sendagaya neighborhood of Tokyo. The 1,768 square foot store covers the ground floor of the building, with showroom and offices to occupy the upper floors (which opened on October 12th, 2013).

“We wanted to create an environment that felt totally fresh, that didn’t reference any of the codes or vocabulary that have become so prevalent in retail,” said Scott Sternberg, the founder and Creative Director for Band of Outsiders. “Most importantly, I wanted the store to be modular, moveable, and to stay alive.” 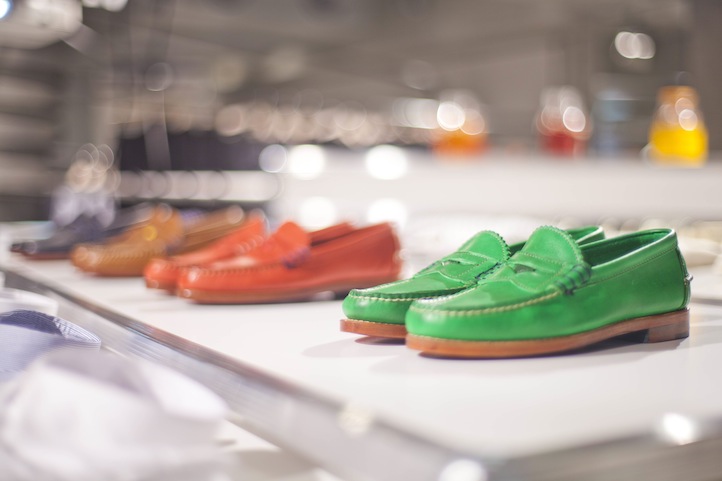 The centerpiece of the store is a massive, modular steel mechanism nicknamed “The Monster” – a conglomeration of 28 arms that extend from its center to anchor every fixture in the store -hanging racks, display cases, two fitting rooms, dress forms, and a checkout register. Each of the extensions move along concentric tracks, allowing the entire layout of the store to be re-configured in myriad of ways.

The entire exterior of the building is covered in a printable and interchangeable mesh fabric, allowing the exterior to also transform seasonally. The first image was taken from LA-based artist Friedrich Kunath’s book, You Owe Me A Feeling, with the brand’s signature tag line “This is where you should be for Band of Outsiders” printed over it. Kunath, a friend of Sternberg’s, loaned his sculpture Honey I’m Home (Palm Tree) – a pair of gigantic penny loafers cast in resin with a palm tree planted in one – as a companion piece to the mural. 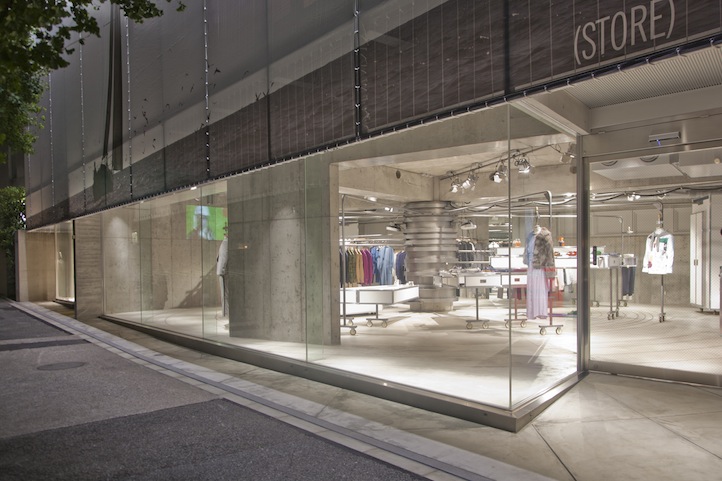 The fitting rooms serve as portals into the brand’s Los Angeles and cinematic roots. Constructed from the same musician road cases as the display cases, the rooms are canvassed with murals – one of a California beach, the other of planet Tatooine from Star Wars, and sound effects to complement the visuals. 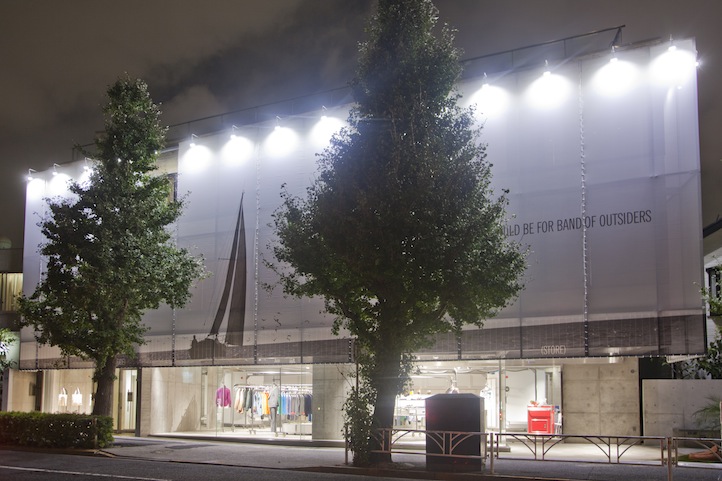 “Our design concept for the space was directly influenced by the Band of Outsiders brand, while responding to Scott’s desire for customers to experience retail in a new way,” said Giuseppe Lignano & Ada Tolla, LOT-EK founders. “From the outset, we felt the store should reflect the brand in a way that also fit with the Tokyo aesthetic of cool, modern and controlled chaos.” The store will offer the brand’s namesake women’s and men’s collection, as well as a wide range of exclusive products, including shoes made in collaboration with Vans Japan and penny loafers made with the Maine-based shoe manufacturer Rancourt and Co. 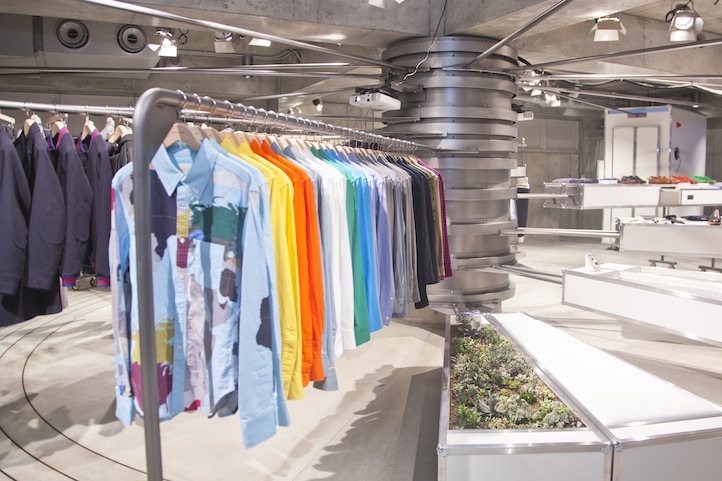 “Tokyo has been an incredibly strong market for the brand since we started, so it made total sense to open our first store here and use it as the model for future stores to come,” said Sternberg. 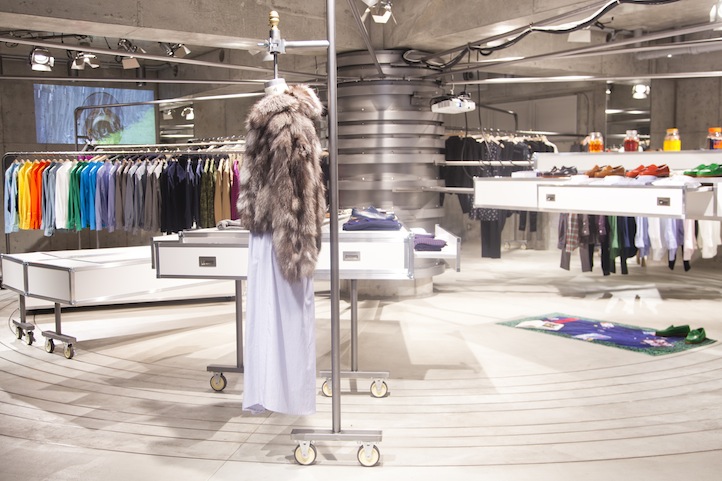