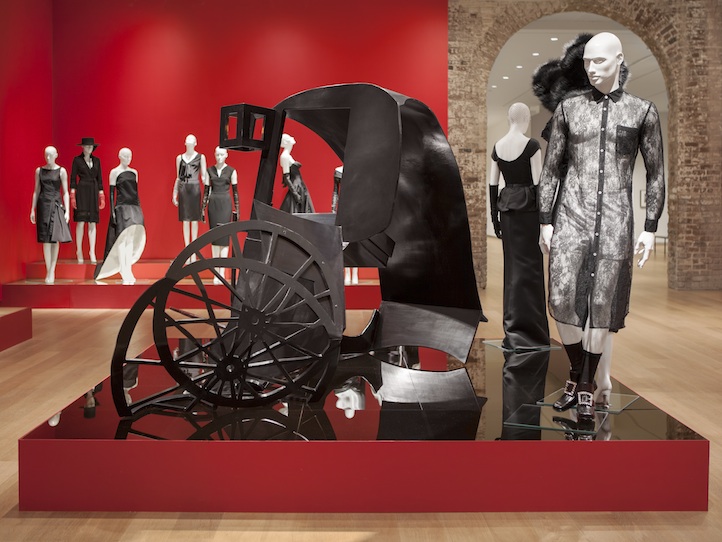 André Leon Talley, Contributing Editor at Vogue, has curated “Little Black Dress,” a new exhibition at the SCAD Museum of Art in Savannah, Georgia. Little Black Dress features 80 iconic and contemporary interpretations of the black dress including a 1907 Mariano Fortuny pleated silk dress, Whoopi Goldberg’s 2010 Chado Ralph Rucci caftan dress that she wore to the White House State Dinner, and a duplicate of the Tom Ford column dress and cape worn by Gwyneth Paltrow to the 84th Academy Awards. Talley, who once interned at the Metropolitan Museum of Art for Diana Vreeland, was inspired by the red carpet looks at the Costume Institute gala. He includes the Commes des Garcons man’s shirtdress worn by Marc Jacobs and a duplicate of the Stella McCartney dress worn by Rihanna to the ball. Chanel, Yves Saint Laurent, Prada, Balenciaga and Caroline Herrera gowns are found dressed on specially designed mannequins in the exhibition. Rachel Feinstein’s stained wood coach sculpture “Puritan’s Delight” frames the display, as the glamorous mannequins appear to be in conversation in the surrounding red gallery space. The exhibition alludes to Talley’s epiphany – the black dress is a metaphor for the collapse of convention in haute couture. Talley, a SCAD trustee, is vested in both the future of the museum and the design college. The SCAD Museum of Art houses the André Leon Talley Gallery dedicated to couture and he curated his first exhibition “High Style” when the Savannah-based museum first opened in 2011. “Little Black Dress” is on view until January 27, and is scheduled to travel to Paris and New York. Life +Times spoke with Talley in Savannah on the weekend the exhibition opened. 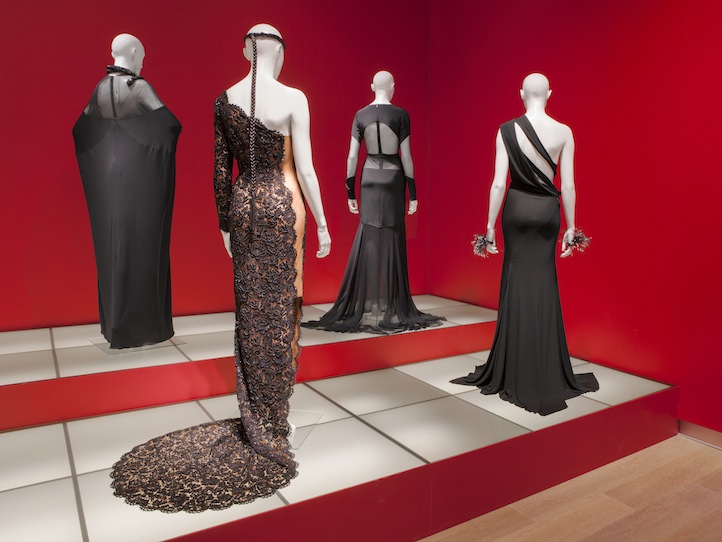 Life+Times: How did Little Black Dress come about?
André Leon Talley: After the museum opened, I asked if I could go to the closets where these clothes are conserved and hanging and look at see what we did have. I went to see each piece of the couture so I could come up with an idea. I realized there were lots of black dresses and women love black dresses. There were many beautiful examples in the SCAD Museum donated by people. I asked Anna Wintour if she would donate her dresses and she went into her personal closets and brought dresses to the Vogue closet and allowed me to pick. She went through and did the first edit and I edited 11 out of the maybe 20 she brought into the Vogue closets. That little black dress in the frame is Anna Wintour’s. That’s what gave me the idea for the show when I touched that simple little Chanel dress, which is timeless. It’s every woman’s dress. It’s not a t-shirt, but it has the simplicity of the t-shirt, but yet it’s of the finest French couture and the finest examples of dressmaking. Hand sewn sleeves and trims of satin and this extraordinary wool that’s soufflé, but it’s not, you know, popcorn. It’s an extraordinary example of the purity of what a design can be. In the middle of this year after going to resort appointments in New York and after going to Paris for the collections I decided to turn it into currents, modern and of the moment – the 2012 Balenciaga, the Oscar de la Renta with the 70 yards of tulle from his fall winter collection. The little black dress in the modern time is up for interpretation. It’s no longer a country club uniform. You don’t wear a little black dress now to show people that you are in the establishment. It’s not an establishment uniform. In the ‘40s and ‘50s women had a perfect security safeguard in their closet. Wearing a pair of pearls and a little black dress stood for appropriateness and correctness, or a certain kind of status in society or the dressing. Now a little black dress could be made in latex by Norma Camalli. A little dress could be lace worn by Lady Gaga with blue hair from Tom Ford or it could be a black leather dress of soft buttery leather from Prabal Gurung worn by Sarah Jessica Parker as she did last year’s Fashion Night Out. Zoe Saldana wore a dress of his to the CFDA awards in June of this year. I emailed him and said I have that dress in the show because it looked so great on Zoe Saldana. Whoopi Goldberg is a friend of mine. I took Whoopi Goldberg to Ralph Rucci. She wanted to go a fashion show. She’d never been to a fashion show. I took her to Ralph Rucci and she loved it. She went and ordered tons of clothes that she paid for full price. She ordered herself a wardrobe and the caftan she wore to a White House state dinner. 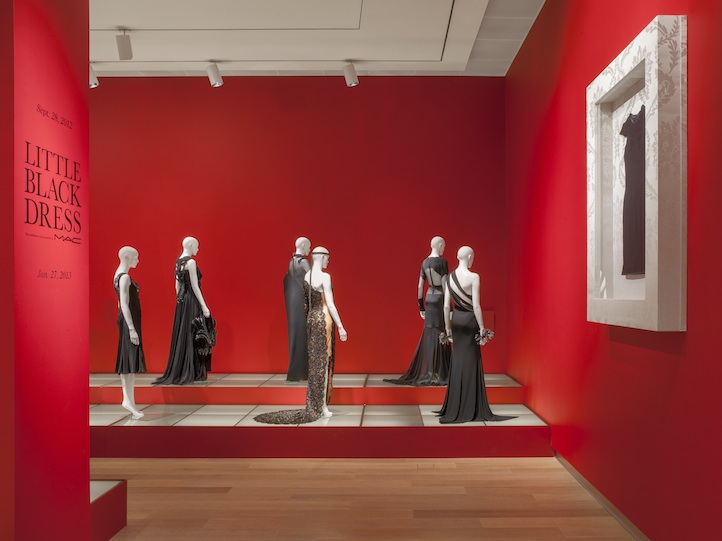 L+T: Has working on this show made you want to do more of these kinds of exhibitions?
ALT: Absolutely. This is my new playpen. The André Leon Talley gallery is for these kinds of things. Now it’s going to be hard to do one every year on this scale. I have to pace it. This was a year’s work. I started last October. I was even thinking, though I didn’t do it, of putting dresses in that I had just seen in spring fashion week for 2013. I was really holding back to not have four or five dress that were brand new. Because I thought the catalog has been printed. I even was online looking at Balenciaga in Paris two days ago and I thought boy if I could have this dress year. But there will be future ones and hopefully I can come up with a great show theme. I’m very proud of what I’ve done in this show. I’m very proud of the Rachel Feinstein carriage Puritan’s Delight for what it stands for and I’m very proud that Marc Jacobs man dress is there, because both Marc and Rachel upstaged everyone at the Met with those looks. I’m very proud to have that Madame Grès 1977 stingray dress, which I love. I hope to come up with an idea that’s as good as this or better. You can only get better in life. 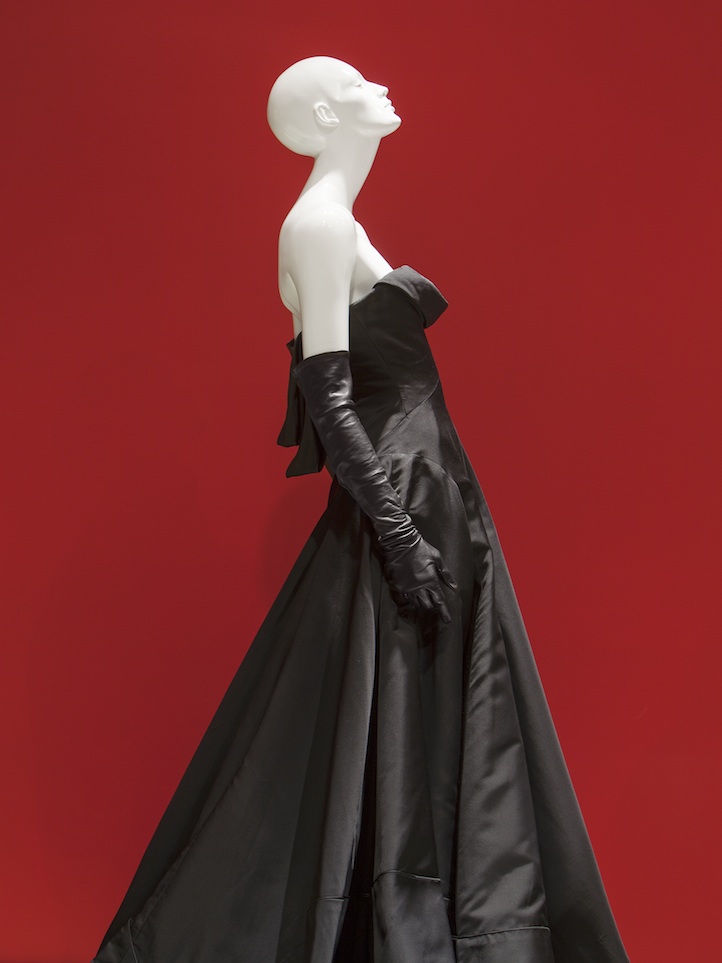 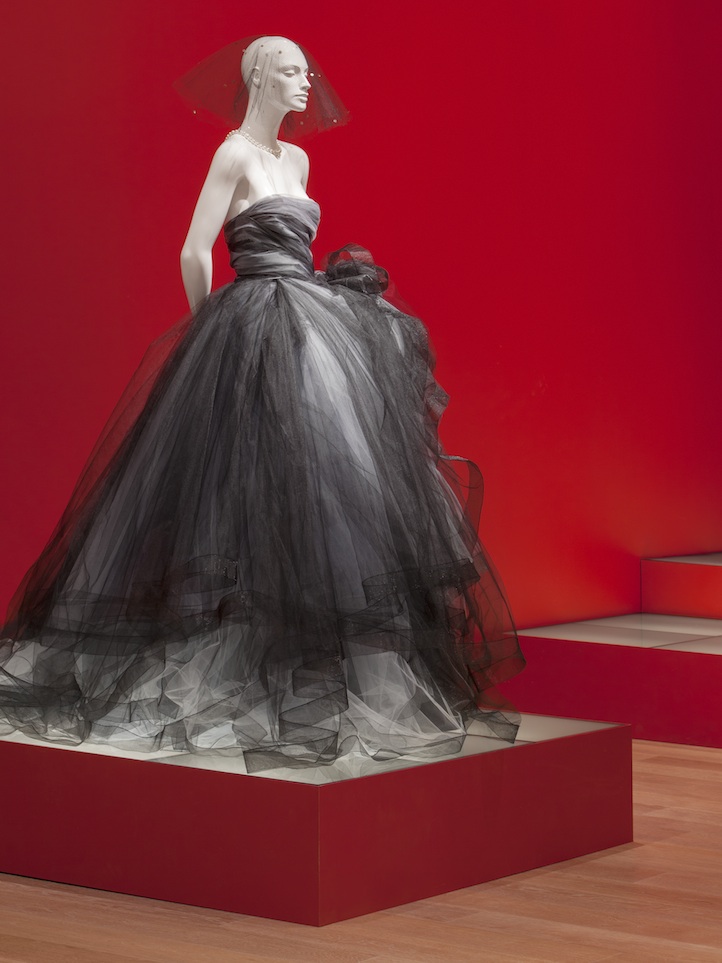