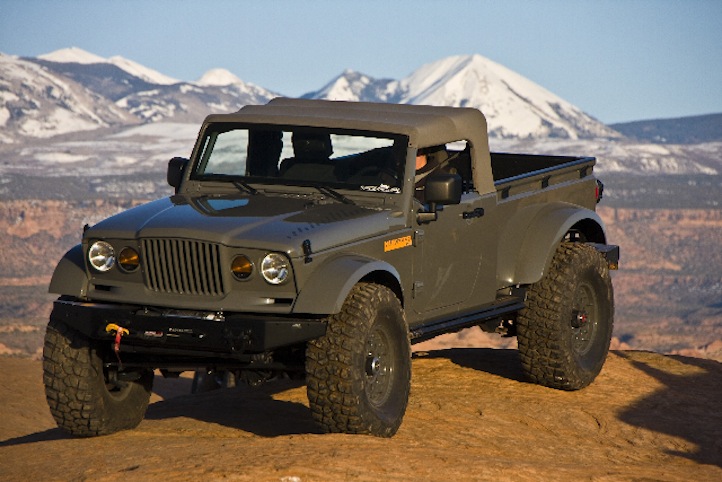 Jeep. It’s a brand as ubiquitous as American engineering itself. It’s one that’s time-tested and, as any owner will tell you, truly “trail-rated.” Life + Times caught up with Mark Allen, the head of Jeep design, who has been with the brand since 1994 to answer the question: “What makes a Jeep, a Jeep?”

Life + Times: How did you get to Jeep?
Mark Allen: The quick history is that I’ve always wanted to be a car designer. I went to the College for Creative Studies to study car design. I’ve bounced back and forth between Jeep and the truck studios. I started out in Jeep, I did the ’02 Dodge Ram. I worked on the last Grand Cherokee and the last few Durangos, the new Grand Cherokee and the ‘09 Dodge Ram. I’ve been hooked up with Jeep for so many years. I’m heavily into Jeeps as a hobby, so it makes sense. I do it both personally with a small club of guys and sometimes get the company to sponsor my hobby.

L+T: How’s that?
MA: The Mopar Underground. We build vehicles for SEMA, and then have them at a Moab, Utah Jeep gathering. At SEMA you park it; when you go to Moab you drive vehicles on trails. It’s a whole different dynamic. It’s a driving event rather than a parking event. There’s something created between an engineer mule and a concept car. We use test vehicles, a non-sellable vehicle, and throw parts on it to create a concept. We’re out on the front line for Mopar parts. 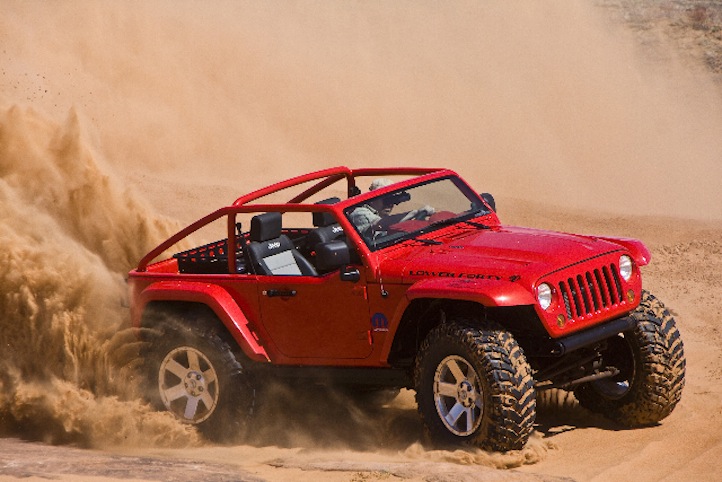 L+T: How do you approach designing for Jeep?
MA: I treat Jeep as an icon. The Wrangler specifically is an icon, of all the vehicles we work on. It’s about protection of that vehicle. The whole brand is rooted from the Wrangler. I’m better equipped to keep it on track, because I feel strongly about it. It really starts in 1941 with the very first one. The fact that it’s never gone out of production keeps it from being retro. We stay very true to the principles of the Jeep Willys. The first Jeep was not designed; it was engineered. In the 1940s, cars were very wide and full bodies and fenders weren’t attached. The Jeep wasn’t intended for public consumption; it was a replacement for the horse. The Jeep was a tool. People soon discovered it’s kind of fun to drive off road for more recreational use. It became kind of a lifestyle thing. They were sold as farm equipment. There are very few vehicles that have that kind of history. The SUV term came in the ’90s. The Grand Wagoneer came before it – we’re considering bringing it back.

L+T: What elements of the original Jeep do you preserve?
MA: The trapezoidal wheel shape, the round headlight and the seven-slot grille come from [the Jeep Willy.] We try to stay connected to the past, but we’re also moving into a modern look. We’re well balanced. The next Wrangler, if I do my job right, will look just like this one. 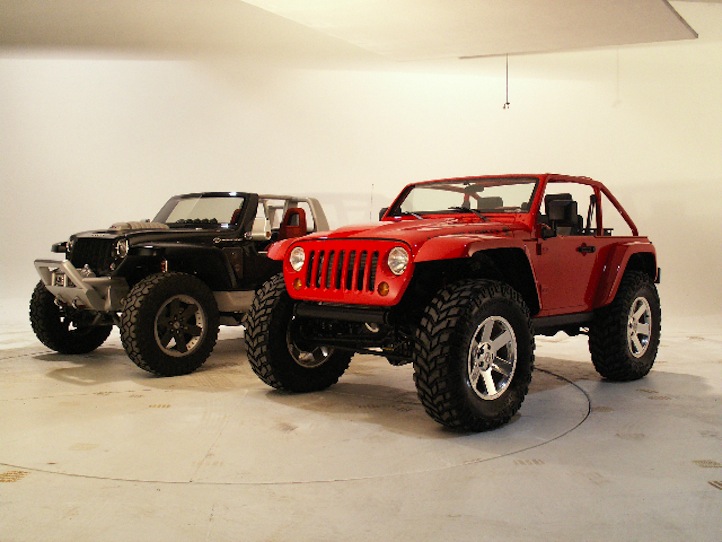 L+T: For the 70th anniversary you created a lineup of limited edition Jeeps.
MA: With military roots for the beginning of the brand, we wanted to channel that, but not through camouflage. The designers were looking heavily at military dress uniforms. There’s a lot of detailing that comes through in uniforms, if you think of ribbons and badges. When you think of military, there’s a gun toting side and the parade side. There are hidden messages in the interior. Not so much the war-torn army look. You’re suggesting it, not shouting it, being more covert or quiet about it. At 70 years old, it’s actually one of the youngest American car companies.

L+T: Outside of the car industry, what influences you?
MA: Most of the guys in the studio are savvy but they’re artists at heart. They are influenced by art, music, architecture, and product design. We’ve used crazy stuff in the past and it shows up in the sheet metal. Personally, I love architecture —real clean Frank Lloyd Wright, straight lines, post-modern stuff. I also like to travel, seeing how the car is used in different environments. 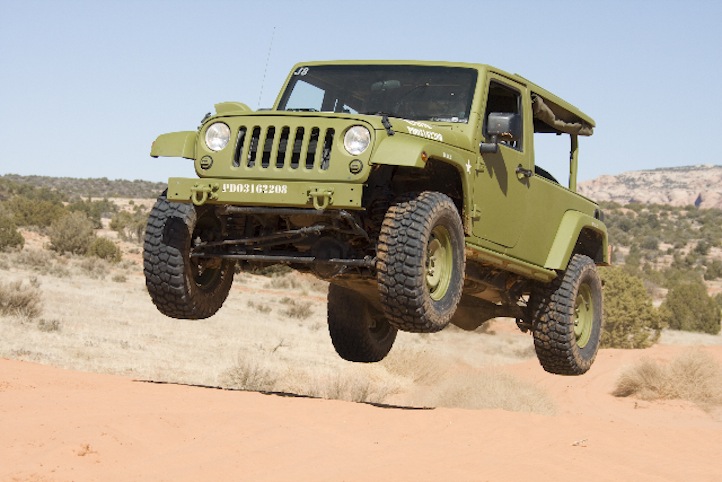 L+T: How many designers do you work with?
MA: I have six designers. I could use 12. There’s something about being in the Jeep studio. Out of the six, four have Wranglers.

L+T: What about the new Jeep interiors? What role does technology play?
MA: Interior has not always had the focus and attention that exterior has gotten. My boss Ralph Gilles comes from a heavy interior background, and it shows. We are constantly looking at connectivity and entertainment, like, should the next round of vehicles have a CD player? What’s the next form of streaming? It’s tough to predict. We’re looking at big tech drivers, like Google and Apple, and employing some of them. We send people out to the CES. As designers we can easily make it look good. The question, is can we make it work?

L+T: What do you drive?
MA: For daily driving, a Grand Cherokee. I have a convertible Wrangler, an old Jeep ’63 pickup and a ‘32 Ford Roadster. (Jeep)