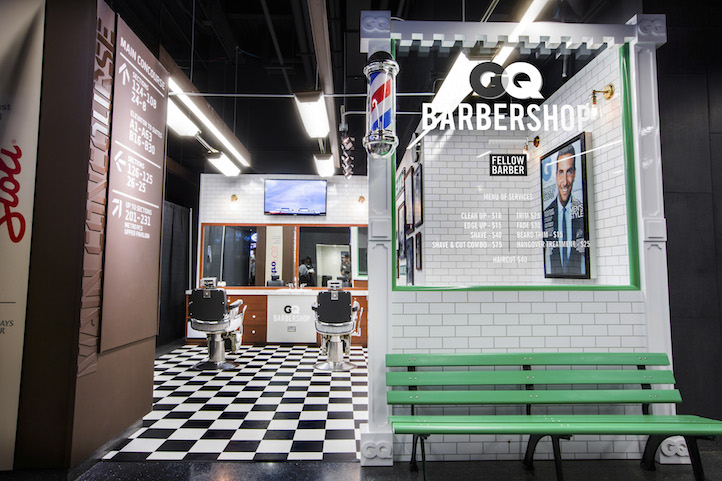 In many circles, GQ Magazine is the leading authority in men’s style. A cosign from the style guide means you’ve arrived, and Fellow Barber is the latest recipient of GQ’s stamp of approval. The two have partnered to introduce the GQ Barbershop. The shop opened earlier this month in Brooklyn’s Barclays Center and offers the high quality grooming services from expertly trained barbers and stylists of which Fellow Barber has become synonymous. Often credited with starting the barbershop renaissance in New York, Fellow Barber has been paying homage to the classic barbershops of the past since the chain’s debut in 2006. “Bars, clubs and restaurants were starting to have that old New York feel, but there clearly wasn’t anything like that in the barbershop field,” says Fellow Barber’s founder Sam Buffa on wanting to fill the void.

Life+Times recently spoke with Buffa about the new GQ Barbershop, being inspired in Europe, and why you should get to know your barber.

Life + Times: Let’s talk about the GQ Barbershop. How did GQ approach you with the idea?
Sam Buffa: GQ had already been talking to Barclays about having some sort of area where they could relay the GQ experience. Once they were able to secure the space we were the first people that they came to, because they really wanted to do a barbershop. They felt it would be a great fit for Barclays and what they have going on there. They thought it would be unique and different from the food concepts or general apparel stores that are in Barclays now. That’s kind of how it came together. It really was a no-brainer for us. We jumped on the opportunity to do something with GQ and Barclays Center.

L+T: Were you surprised that Fellow Barber was their first choice?
SB: It was very flattering. I’ve been reading GQ since I figured out what GQ was, and that was when I was a teenager. It’s one of those things that makes you say “Is this real?” But then you have to look at what we’ve been doing. We have shops now in Manhattan, Brooklyn and San Francisco. We’ve really dedicated a lot of time and effort to just pushing barber culture, the look and the aesthetic. It made sense, but at the same time it was very exciting and very flattering.

L+T: Your first barbershop opened in Manhattan’s Lower East Side. Why did you choose that area to open a barbershop?
SB: Honestly, it was where I was spending a lot of my time at the time. It was where all of my friends and I were hanging out, so it was just a natural choice. When I opened the first shop I really kind of felt like I was the perfect customer and not only because I was the founder.

L+T: Your travels through Europe are what initially sparked your interest in the classic barbershop concept. What was it about those European shops that was so appealing?
SB: I’m originally from San Francisco and in my opinion, the further west you go the less history there is. When I would go to New York I’d see a building or something that may have been two or three hundred years old. While in Europe, I’d see something that was two or three thousand years old. Then I’d see some of these old barbershops that had been there over a hundred years that gave off the same sort of feel. As soon as I would walk into these shops I’d feel that there were generations of people not only currently working there, but that there were different generations of people that had gone through there and hung out there. It was really a combination of the aesthetic, the attention to detail and what the barbers were wearing that made it really exciting and foreign to me. 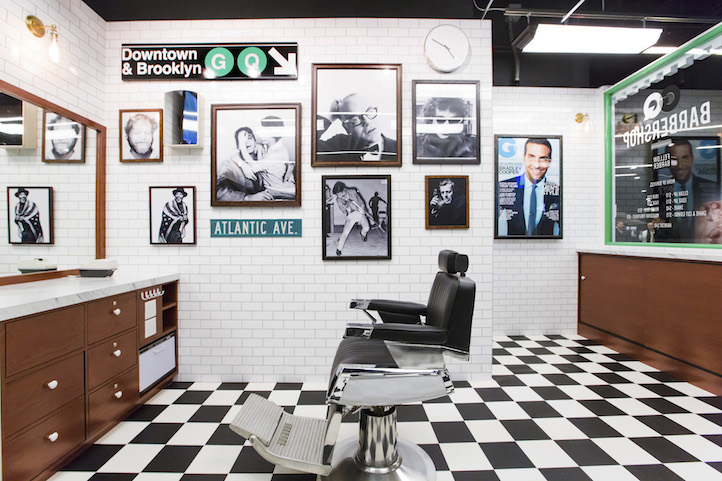 L+T: Has it been difficult finding a balance between being inspired by the shops of the past and staying on top of what shops are doing today?
SB: I think that aesthetically we definitely are inspired by the classic men’s barbershop, but we’re also pushing the boundaries of that. We don’t want to just look at a historical picture and recreate that barbershop exactly. We really want to pull elements from it that are interesting – whether it be chairs or old sterilizers – and apply those elements to a modern setting.

L+T: What’s one key difference between Fellow Barber and the other shops out there?
SB: We questioned the idea that barbering and cosmetology had to be separate. My goal was having both under one roof, because I knew there had to be great things and skill-sets that could be spread around between everyone and learned. When I opened the first shop I hired two stylists and two barbers. At first it was a little shaky, but now as we’ve progressed I think it’s been something that’s made us relevant and helped us push the boundaries of what it means to be a barbershop. I think it’s also one of the things that has set us apart from other shops.

L+T: Why do you think New York has been so quick to embrace shops like Fellow Barber?
SB: I think it works well in New York, because this city has history and is an urban environment where you can imagine these sorts of shops actually existed and could still exist and flourish. I think New York is very receptive to it, because it feels correct. It feels right. Also, with New York City there is a pride for New York, and a pride for its heritage. I think with Fellow Barber it’s about embracing the community that you live in and what that means. It’s a perfect match.

L+T: What is some advice for someone visiting Fellow Barber for the first time?
SB: I think the biggest thing is getting to know your barber. Your barber probably knows what’s going on in the neighborhood, what’s going on at night – they’re the access to great information. They have so many different people sitting down in their chairs. They could be friends with all the restaurant owners, all the bar owners and the guys who own the clothing stores, so they’d know what’s cool and what’s going on at the moment. You could just rap with them to see what’s what.