From October 26th to November 11th, New York City’s Morrison Hotel Gallery will be unveiling their latest exhibit – David Gahr: The Legacy of a Master Photographer. The exhibition features a selection of fine art photography from one of the pre-eminent photographers of folk, blues, jazz and rock musicians of the 1960’s and beyond and this event marks the first exhibition in which David Gahr’s black and white prints will be shown in large print format. Here, a preview of a selection of some of his iconic images that will be on display along with an anecdote to accompany each image, from Mr. Gahr. 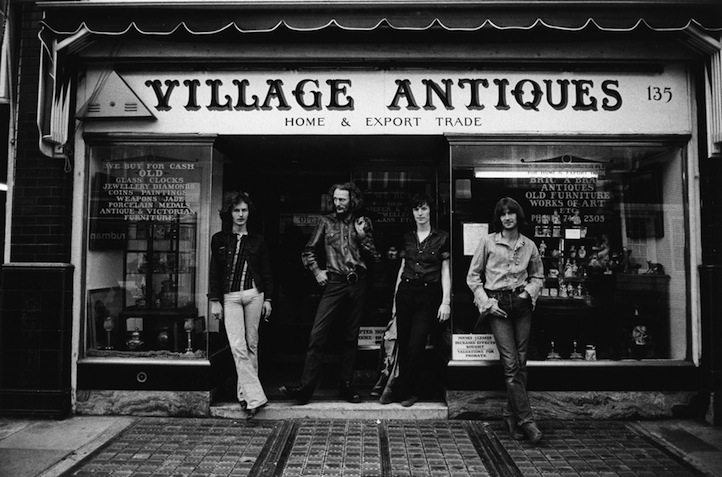 “Bob Rolentz of Atlantic Records knew I was going to London in the summer of 1969 and assigned me to photograph some of their rock and pop groups. ‘Listen,’ said Rolentz, ‘The Blind Faith are the key group and don’t come back without them.” I saved Blind Faith for last and tracked them down for days and nights until I finally cornered them together near Olympia Studios in Hammersmith. After three minutes of photographing the group – I was just warming up – their roadie or someone like that urged them to come inside and start mixing their tapes; but good, dear Ginger Baker barked at the supernumerary, ‘Leave the man alone, don’t you see he’s working?’ Baker, Baker, may you sleep in peace, whatever continent you’re drumming in, and may your Jensen run smoothly forever.”