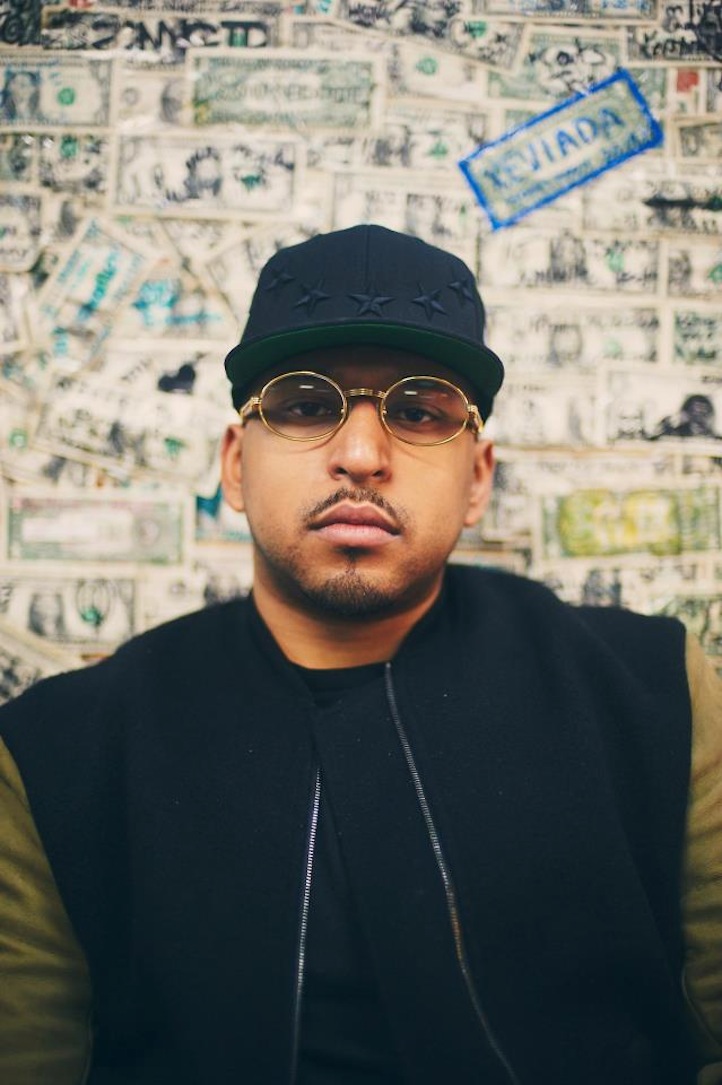 The name 40oz Van rings bells, and for various reasons. Just ask fans of the Bronx-born Jack-of-all-trades how they know of Van and you’ll probably get a few different answers. You’ll hear of his NSFW Tumblr page, which has garnered millions of visitors since its 2010 debut. You’ll also hear of the highly entertaining tweets like “A hood shorty will show you more love than an industry shorty, the clothes just don’t be up to par, that’s about it” or ” Creep with shorty weather” that can be found daily via his Twitter page. You’ll definitely hear of his snapback hats that normally sell out within hours of their release. And depending on the age of who you’re asking and their proximity to NYC’s Washington Heights, you’ll more than likely hear of the barbecue-turned-block party, 40oz Bounce that had gotten so out of control one year that helicopters were called to the area. Whether followers of Van know him as an Internet celebrity or as an in-demand designer they all can agree he is a hustler, switching from lucrative hustle to even more lucrative hustle. Life + Times recently stopped by Van’s office to chat with the Chopped Cheese connoisseur and learned a little more about how he got this name, his booming snapback business and him dropping $10,000 on Vanson jackets while in high school.

Life + Times: How did you get the name 40oz Van?
40oz Van: The “40oz” part is from my barbeque where I use to give out free 40oz bottles of beer and the “Van” part was because I use to wear a lot of Vans when I was younger, so the “Van” was always there. Everybody would be like “That’s the guy that got the 40oz,” so I just combine the two for 40oz Van. And it just stuck with me.

L+T: Over the years, you’ve been known for a lot of different things. What would you say to someone who asked “What does Van do?”
40: I’m a plug. I connect dots. I like being the middle-man. Other than that, I manufacture the hats. I pump those out. I’m trying to bring the party thing back as well. I just try to be a Jack-of-all- trades. I try to do it all. I get bored quick, so I’ll rather have my hands on a lot of things.

L+T: Speaking of your hats, how did you get into designing?
40: For fun. Still to this day, I don’t claim to be a designer. It’s not my passion. It’s just something that I was nice at. It was an idea in my head and I just ran with it. 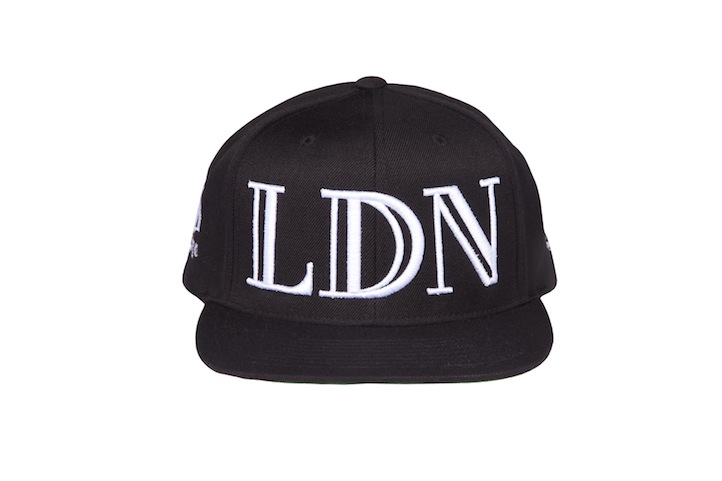 L+T: You were recently in London for your LDN collaboration with Trapstar. What was that like?
40: It was dope. To see our logo on balloons was crazy, especially out of the country. It’s not even out of state. It’s out of the country. Other than that it was ill. The food was kind of weak, but the bud was good. London was great though. It was a great experience to be international for a few days.

L+T: When you’re collaborating with other brands are there certain things you look for? Is chemistry needed or do the brands have to appeal to a certain audience?
40: We have to be on the same page, as far as the type of audience and our market. I really don’t just do it for the brand, because it just doesn’t make sense to do it like that – that’s how it gets over-saturated – but with this whole streetwear fused with the high-end shit there’s people doing the same thing we’re doing, so it’s only right to collaborate with everybody else in the same field or that same bracket.

L+T: Many of your pieces are inspired by luxury brands like Givenchy and Balmain. Were you into high-end fashion brands growing up?
40: Nah, hell no. I adapted with the times, because I was always on some fly shit, whether it was 1999 or now. When I was in middle school I was killing it with Avirex. When I was in high school I dropped at least $10,000 on Vanson jackets. I had like eight Vanson jackets. That was in high school, so it’s like I just stayed up-to-date. I look up to people like Hov. He stays up to date.

L+T: You’re a hip-hop head, so was linking with Def Jam for the DEFinition Of Summer series a big deal for you?
40: I grew up idolizing Def Jam artists. Def Jam had Def Comedy Jam. They had the empire. It was the same feeling as being in XXL and The Source – now everything is online. It’s not physical like it use to be – back in the day I use to collect the magazines and look at the credits in the fucking album packaging, so it’s a blessing. To some of the kids nowadays it’s like whatever, because there are so many labels out there and everybody is doing so much, but I’ll never forget that Def Jam is a staple in hip-hop. It was surreal. It’s still surreal that we did that shit.

L+T: Let’s talk about the 40oz Bounce. Did you expect it to become as big as it did? It was pretty epic.
40: Hell no. It started with my shorty. She wanted to do a barbecue and I had the resources, so I ran with the idea and invited some people. From there it grew. It grew to the point where I can’t have it anymore. I don’t have a space to facilitate 6,000 kids. That’s what I’m working on now. It’s not as easy as it sounds to just throw a party and get everything right. You have to have permits and insurance for liability in case somebody cracks their head or something, so I’m trying to work on that. But that’s how everything has been going. Everything has been so organic that it’s been growing in front of my eyes. I have an office now. Niggas ain’t have no office before. It’s step-by-step and that’s how I take everything – but 40oz Bounce got so big, so quick that it was leaps [laughs]. It literally went from like 30 people to like 5,000 in a year. In 2011, once I cracked open that Memorial Day Weekend tweet it opened the flood gates. It was turnt up too much. It was a good experience though, because that network transferred over to the network I had as far as the hats. I met a lot of great people doing 40oz Bounce. Everything happens for a reason.

L+T: You mentioned building a network through 40oz Bounce and having that network translate into your other hustles. How have you been able to replicate that approach with the large network you’ve built on Twitter and Tumblr?
40: That shit is all trial and error. That’s how I started with the hats. I just tested the waters to see if niggas would fuck with it. People would hit me up like “What kind of hat is that? Where can I get it?” and I was like let me test these waters and see if I can translate these followers into some type of revenue, so I threw it on the Tumblr and kept everything in sync – it’s like a cycle, because you can sync your Twitter to the Tumblr to the Instagram to the Twitter. It’s one big circle – I looped it all in, put it out there and just ran with it. And I kept consistent with it. It wasn’t like I was like “I can do this” and then fell back.

L+T: Where’s the best place in Uptown [Manhattan] to get a Chopped Cheese?
40: There’s Big Apple Deli on 164th and Broadway. That’s my favorite spot. They’re official with it. Some of those other spots be too sloppy. Big Apple chops it up with finesse and seasons it the right way. I’ve never had a bad experience there. They’re going to owe me some free Chopped Cheeses after that plug [laughs].