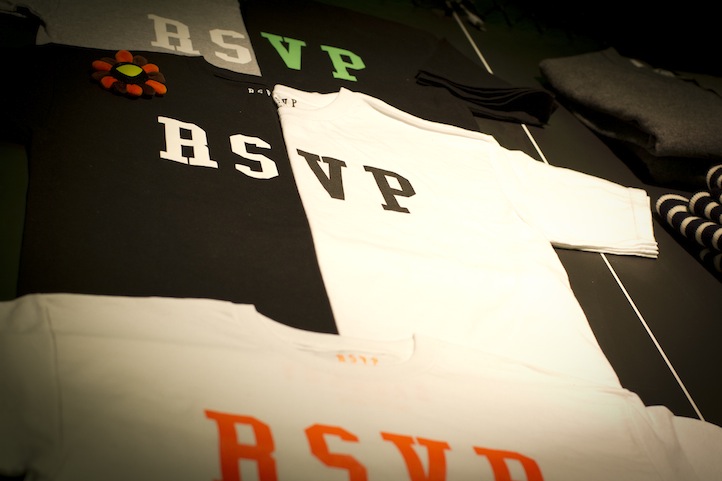 Chicago’s Wicker Park neighborhood is a bustling area, but inside RSVP Gallery, the creation of Kanye West comrades Don C and Virgil Abloh, everything seems to slow down. Busy sidewalks and crowded streets are contrasted by a calm, spacious store fully equipped with luxury items that match this serene mood. It’s that juxtaposition that’s helped the two-year-old RSVP continue to stand out, while stores have gotten dressed up. Offering a constant stream of exclusive items and plush products, from clothes, to art, and books, RSVP Gallery is looking to define a lifestyle. Life+Times caught up with Austin Neely and Easy Otabor of the space to find out what you should attend.

L+T: Give some background on the gallery. What was the thinking behind starting this place?
RSVP
: RSVP was started by Don C and Virgil [Abloh]. They’re really well-traveled and have gone all over the world and see a lot of different brands and really inspirational things, and they wanted to bring that back to Chicago to create a space that allows people to get inspired, be cultured and learn about things outside of the normal realm. 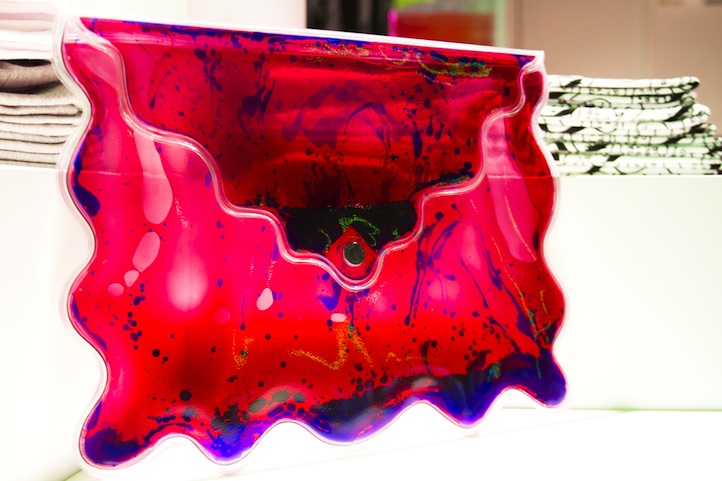 L+T: Why the name, “RSVP?”
RSVP: Well it stands for répondez s’il vous plaît, which is a French phrase for “please respond.” Basically, they designed a space where you come into the store, music is playing, there’s neon and everything is curated. They want you to walk around and experience it, and say, “Oh, this is so cool. I love this, let me look at these books.” We’re inviting you to respond to the space and be a part of something that we’re doing here.

L+T: Who would you say the target consumer is?
RSVP: I think we’re pretty wide-based. We always say, whenever anyone asks, “We want anyone from the age of five to the age of 60 or 70 to be able to relate.” We carry KaiKai KiKi flowers – anyone from a little kid to a collector to Kanye or [A Bathing Ape founder] Nigo can enjoy those. Then we have the Hermés Paris scarves that only three stores in the whole word got. We have films, books, DVDs. Then we have electronics, so if you’re not into this, you can get a Geneva sound system. To be honest, we just want anybody to be able to relate to the store and have a great time. We don’t really have a “target.”

L+T: What are some stores that influenced RSVP?
RSVP: Honestly, our biggest influences come from artists, culture and people who curate everything around them. We try to not really think of ourselves as a store, we’re more like a fusion, a gallery. You come in and look around and feel like you’re looking at art, as well. Culture, pop art, musicians, and artists. We’re so fused together. We love going to different shops that are greatly curated like Colette or St. Alfred’s. We respect all these stores, and they definitely keep us working, we just make it a point to really be about us and bring out the best in this lifestyle we’re trying to curate.

L+T: Talk about the intersection between art and fashion.
RSVP: They both correspond. It’s a nice cross-point. You can’t talk about music without talking about art, and you can’t talk about art and fashion without talking about music. I think they go hand-in-hand. Everything that we carry, there’s a lot of effort that goes into it. There’s a lot of effort that goes into designing an awesome bag, as well to do graphic design or make a painting. We really only try to carry things that we see as art, and that a [high] work-level has been put into it. So that’s kind of where we get this juxtaposition [between art and fashion], like, “Look at this shirt. It’s just a shirt, but it’s so well-crafted, look at the detail on it.” It’s art. Everything that we carry really doubles as art, whether you wear it or have it on a wall in your house. 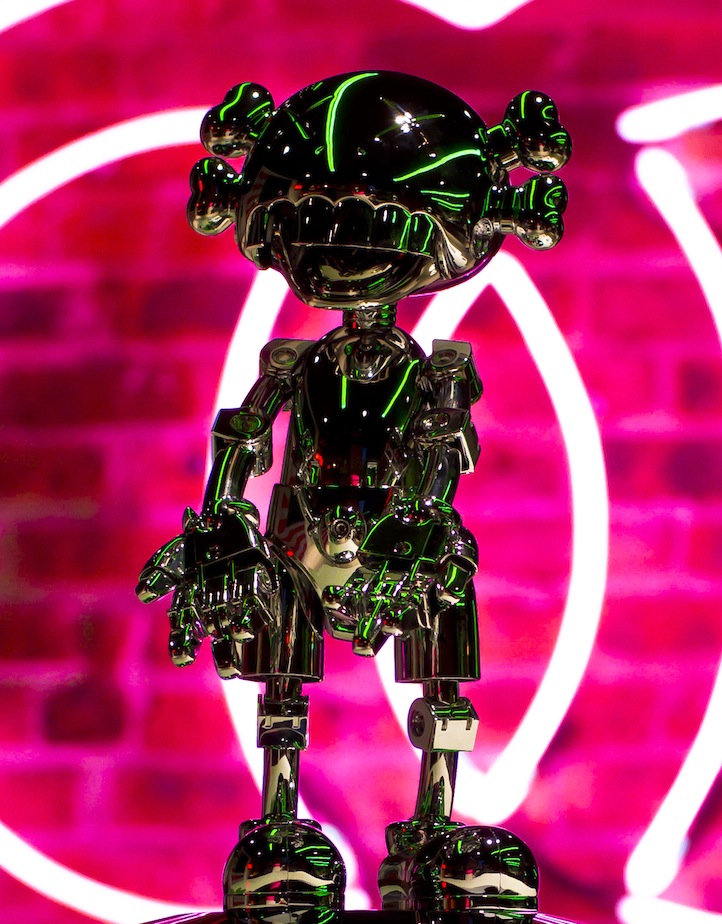 L+T: Everything in here seems to be pretty exclusive. Describe the selection process in determining what you all carry.
RSVP: Some people contact us, and then our buyers and partners in the store will go through and select and see what they like, if they’re interested in carrying the brand. Other times, we’ll have to go out and try to find brands and contact them if we think they’re doing something that’s really cool. They may not be the biggest brand on the planet, but if they’re going something awesome, we’ll get behind it. We also like well-established, longevity brands, so anything that’s been around for years we aim toward, because we plan on being here for years, too.

L+T: How is RSVP representative of Chicago?
RSVP: We believe that Chicago is a great city, but it gets overlooked a lot. Chicago has had a huge influence on all of us as far as culture, so we’re trying to take that influence and everything else from around the world and bring it back here to make our culture stronger. Chicago has certain style and vibe to it. We just try to integrate new things into the existing style. 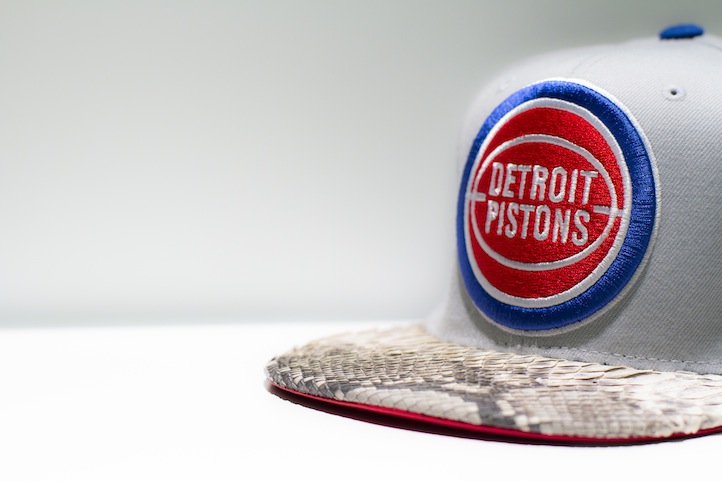 L+T: The “Just Don” snapbacks have been getting a lot of love lately. Talk about the hats, their conception and reception.
RSVP: They’re crazy. It’s like a fusion between the whole snapback culture and Chicago. The snakeskin originated in Chicago with these hats called “Buck 50s.” All the drug dealers would have them. Don took them and just put a high-end flip on ’em, and made them so anyone can relate to them. Of course, it’s a higher quality – it’s lambskin at the bottom, real snakeskin at the top, buckle at the back. Technically, it’s not really a snapback. Anyone from kids to adults go crazy for them. They’re definitely our number one seller here for the holidays.

L+T: What’s to look for from RSVP in 2012?
RSVP: Well that brings me back what I said before: we love surprises. It’s all about high-end. I think we’ll have a lot of crazy, high-end brands that I don’t think people expected us to have so soon, that’s all I can say. But we will have it [this] year. People will have a lot to look forward to from RSVP in 2012 and beyond.