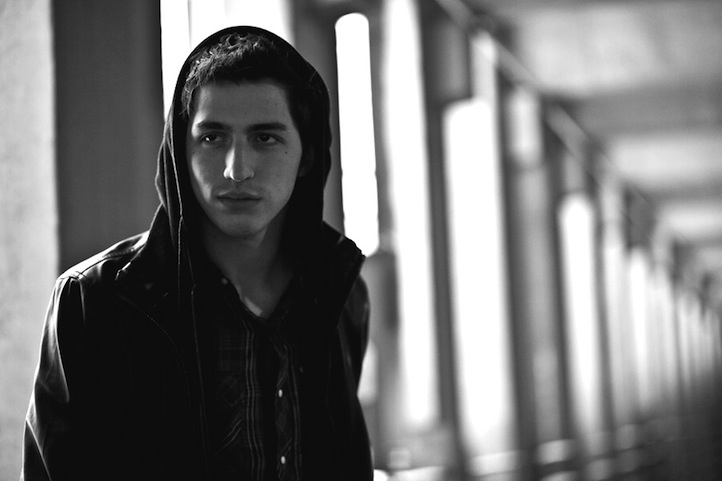 Music that is deemed as classic stands the test of time as a result of two factors: distinction and signature. Just as a calf is branded by its owner, key components in production of a song serves as the artist’s style imprint. Chromesthesia is a form of synesthesia in which a person translates sounds into a colorful experience. In the global EDM scene, synths and basslines are the figurative canvas while DJ-producer Porter Robinson serves as the music producing painter. Porter’s consistency has resulted in a melodic style of dance music that paints a vibrant story that is open for the listeners to interpret. His music takes you on a journey that’s beyond Ibiza, clubs, and music festivals. From his debut Spitfire EP to “Language” and other powerful singles, you can hear every bit of emotion interwoven throughout each music note. The producer is currently on tour and masterminding his next album that he describes as “warm and fuzzy and distorted.”

Life+Times: You currently have been out of the States and touring Europe. You’re DJing live at the Budweiser Made in America Festival on Labor Day weekend. Who do you look forward to checking out?
Porter Robinson: Generally at these festivals I don’t really see much of anything because the way we tour is the most exhausting thing imaginable. (Looks at BMIA roster) Artists that I’m a fan of – Rudimental, Mord Fustang, Wolfgang Gartner, HAIM, and obviously Beyoncé, deadmau5, Phoenix, Empire of the Sun, [and] 2 Chainz. Dude, that’s a full lineup!

L+T: Yeah, it’s crazy! When I first heard “Language” and even your latest collaboration with Mat Zo (“Easy”), I thought of a watercolor mural. The picture would be painted based off of those two songs. It’s melodic. They both have a very dreamscape vibe. When you release your next album, are you going to go down a different route creatively?
PR: I basically been home for the entire year mostly just taking weekend dates for shows trying to finish this album – five days a week for about a year now. If I had to describe this record, I would say it has one foot in the EDM world and one foot out. So, I’m trying to take it to a place where it’s more musical and more reasonable. It’s something that you actually want to spend time with and sit with and feel with instead of the same fun party music. Yeah, I think dreamy is definitely the kind of the territory I feel its entered into. It primarily focuses on things that are beautiful and emotional, and I’m also trying to do it on weirder tempos. I’m using vintage inspired, more lo-fi sounds to kind of paint a different picture that’s beautiful, but a little less glossy than my early work. I’ve just been finding that often when you go super pretty, you can get into almost, like, meditation music or really cheesy vibes if it’s too glossy. I’ve been changing it up to made it slightly more warm and fuzzy and distorted. I could talk about it endlessly, but basically people have been asking me if I had to name some artists that it’s a combination of. I’d say M83 meets Sleigh Bells meets my new music like “Language” and “Easy” – those types of sounds and tempos, but with the focus on being more emotional.

L+T: That’s a lot to look forward to! Do you have a release date planned yet?
PR: No, nothing yet. It’s not yet done. I’m doing my best to get it done ASAP. Hopefully, I plan to have this record finished before October which is when I’m going back on tour. It’s a multimedia endeavor so I’m gonna want to push videos…video art. I’m just trying to go all out with this thing. I was originally shooting to have it done for July, but all of the songs that I wanted to survive weren’t finished. Hopefully, I should have that done by October.

L+T: Wow! You have a lot going on, Porter.
PR: Yeah, it’s so intense. I haven’t had a second off. It’s weird because I get in these situations where I can either go to the park with my dog…then I start to imagine what if I don’t get this record done on time – I’m gonna regret having taken a break. So I’ve been putting everything into it. It’s been the most honest. It’s music that I think comes from a very real place and I think that a lot of the problems with writing music – for other DJs – is that you’re trying to appeal to other people’s tastes. With this, I’m just going all off and just trying to write very personal, honest music. Hopefully people will be into it. It’s definitely the hardest I’ve ever worked on anything in my whole life for sure.

L+T: Well, it’s interesting you make that point about catering to people’s interest. You do an amazing job at your live sets. How are you able to strike a balance between playing and producing songs that are true to you and have that veracity versus creating something that will be catch the audience’s attention?
PR: That’s a weird place for me to be right now because the music that I’m writing is very different than what I’m playing at my sets. There’s also a place in my heart for DJ sets and just having fun and doing party music. The best moments for me as a DJ are when people are like, “What the fuck song was that?” as opposed to people going crazy for a kind of song that they recognize. The regular tracks are actually super boring for me. That’s the goal of my DJ set, but moving forward in 2014 things are going to change a little bit for me and I plan on shaking it up and doing a live show that’s more focused on my music and take you to a personal place. I can see it being a little bit trying for people who come to expect super rage-y sets from me. I’m not saying I’m never gonna do DJ sets again by any means, but I definitely want my show to feel the way that the music that I’m writing feels. It would be super weird and inconsistent for me release a record of stuff that is really pretty and beautiful and honest, and then have my shows that people come see have nothing to do with that. Again, this has all been in the works for years now. The shows that are coming along I have ideas for. It’s all very intentional is how I would describe it. There’s not gonna be a lot of accidents. This has been my dream and my plan. You asked a good question and raised a good point. I’ll also say that it would be just as weird for me to play very dreamscape-y shows right now without the new music out. So, in the meantime I’m gonna keep doing my thing as a DJ and try to play energetic, fun songs. When the record comes out, I’ll go from there.

L+T: Awesome! Sounds like a good strategy to me. You’ve been producing since you were 12 or 13. I know you’re probably sick of getting the age question, but I have to ask you. You just turned 21 not too long ago, right?
PR: Yeah. (Laughs)

L+T: I would say, ‘Welcome to the jungle,’ but you’ve been doing this for a while. What would you say is the most significant thing you have learned in your career so far?
PR: I think the biggest lesson that I’ve learned in doing this is the more honestly I do it, the better response I get. That’s actually something Skrillex told me early on. I was asking about advice on making certain music and I was talking about writing music that I really was not excited about writing. The number one lesson that I received is that writing music that you’re not into or doing it dishonestly is kind of like a lose-lose. If you’re writing music that you really don’t feel, you’re not gonna be able to do a good job of it and it’s probably gonna flop. You’ve sacrificed your integrity and you’re known for music you’re not into. It can be tougher to make music honestly sometimes, but at least from my personal experience I found that I’m better equipped to make music that I feel and understand. The result of that for me has been that my most honest songs have done the best. “Language” and “Easy” – those two songs did better than any others I’ve ever made. I’m gonna continue with that philosophy in mind.

L+T: That’s amazing that you’ve already come to that realization. I totally agree with you. If you write songs for the sake of it being a hit you’re not only cheating yourself, but in the end you’re cheating the listeners too because it’s not something that’s really coming from you.
PR: If you lack authenticity it just fades into awkwardness and that kind of comes forth from that, I feel. I agree 100%.

L+T: The last question I have for you is something I end all my interviews with when it comes to DJ-producers. I’m almost two years in with this question and I’ve never received similar explanations. Do you think a DJ is a musician?
PR: Yeah, I don’t know. That’s kind of a definitional thing. I guess it depends on what you’re doing and what the degree of participation is. I guess you’d have to open up Merriam-Webster and look at the definition of “musician.” Either way it’s definitely a craft of its own. It’s an art of its own. There’s no question in my mind that producers are musicians and that’s what I identify with first and foremost. That’s the question I’m most concerned with. Good DJ sets are an art, there’s certainly a craft to it. As long as there is a craft, that makes an art form. All the questions aside, I think it’s a legitimate expression. I think DJs are honest and maybe they are musicians too. (Laughs)