Five albums into their career, Phoenix, continue to dominate the music charts and dabble into unfamiliar territory. As a follow-up to 2009’s Grammy-winning album, Wolfgang Amadeus, the French quartet gives us Bankrupt! The latest record debuted at #4 on the Billboard charts and was just released two weeks ago on the 22nd of April. What does Christian Mazzalai (guitarist) attribute to the band’s artistic growth? “Since we are close friends, we can stay in a little room for however long,” Mazzalai states. Evidently, their cohesiveness in working towards the common goal of producing standalone music has proven to be efficacious. Christian speaks to us about everything from R. Kelly to Daft Punk (childhood friends) and of course, Bankrupt!.

Life+Times: Let’s revisit Coachella. I saw the video of you guys performing with R. Kelly. How did this come about?
Christian Mazzalai: Coachella came up when we did the album. We thought about this show for almost one year. This show would be the structure of a new adventure. We thought a lot about the surprise. On our last tour we ended up…with Daft Punk. Daft Punk – they are close friends of ours when we were teenagers. It made sense at that time that they come up because we come from the same place and were close friends. This time with Coachella, we thought we should do something quite opposite which is someone we love too, but who is very far from us. We thought it would be interesting and it would be the most surprising thing. We love his music so music –  R. Kelly. We knew we could do something interesting musically that his world and our world together would be interesting.

L+T: It definitely worked! When I first saw Phoenix and R. Kelly on the same caption of the video, I thought, “What in the world?” I didn’t know what to expect.
CM: (Laughs) Yeah that was a great souvenir. We met him on stage actually. He was stuck in traffic, so we didn’t see him. We never met before. We met on stage for the first time.

L+T: I love it! Speaking of diverse taste in music, I know you and the band are scheduled for several upcoming festivals – including Budweiser Made In America. Did you get a chance to check out the lineup?
CM: Yes! Queens of the Stone Age are playing. Yeah, it’s a good lineup there. 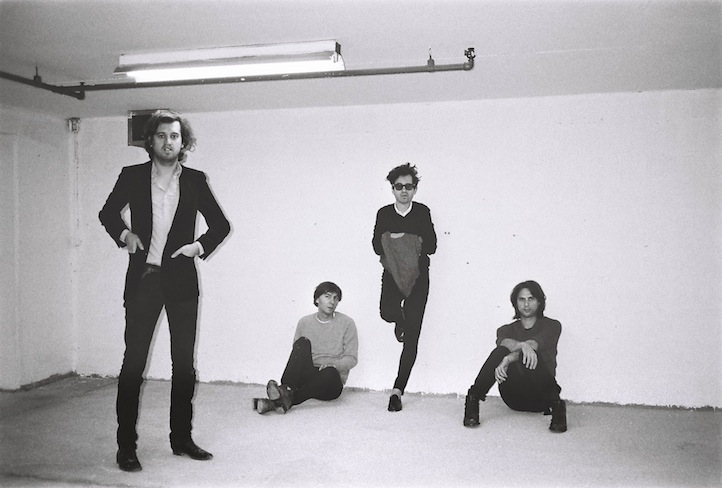 L+T: Any other artists you are particularly looking forward to seeing at BMIA?
CM: Queens of the Stone Age. We love them! We saw them live a few times in Europe. They are always very good. Nine Inch Nails – I’m excited too.

L+T: Going into the latest album, does the cover art have a correlation between any of the lyrics or creative concept of the album? From an outsider’s perspective, you can’t really decipher if the peach, flower, and the leaves signify something specific.
CM: The album cover, my brother, who he is our guitar player, he found it. We just like the idea of doing something iconic with the fruit. It’s a pop art idea. We wanted to take something from another world than music – then to put the concept of music with the title Bankrupt!. The Bankrupt! title came from the idea of a headline. We took headlines from news magazines and put them into a gallery. That’s how we see it.

L+T: Bankrupt! includes many romantic relationship oriented lyrics such as on the tracks, “Drakkar Noir” and “The Real Thing.” What is your viewpoint of the overall motif of the album?
CM: It’s a lot about our childhood in France. For us it makes sense, but I don’t know how others perceive it. We talk a lot of about things that are common. Like “Drakkar Noir” for example, which was a perfume in the ‘80s that many teenagers wore, not us, but many – it’s our memories. 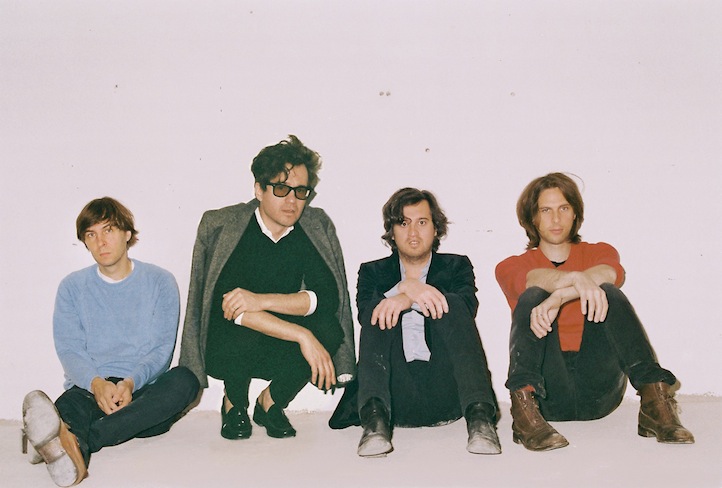 L+T: See! This is why I like to ask this question. I thought the album was romantically centered, but in reality it’s more about memories. However, I did get that vibe on “The Real Thing.” It’s a very reflective song. When you reflect on the past five albums, what creatively has helped you to continue to progress as a band?
CM: Our goal is to feel like every time we do an album it’s like our first album. We try to write an album very different than each other. We try to progress from what we were doing before. We want to learn, but then we want to discover new things. That’s how we try to write songs.

L+T: That’s a great approach for each album. Some artists revisit ideas from the past, but Bankrupt! is something completely unique for you guys. At the same time, you can tell it’s a Phoenix album.
CM: Yeah, we know before we write a song that it will always be a Phoenix song. We try many, many techniques. That’s why it’s exciting. For two years, we worked all day long for 12 hours a day just to write ten songs. That’s the only way we can do it to surprise our fans.

L+T: The Wolfgang Amadeus album had remix tracks. Will Bankrupt! have a remix album?
CM: I don’t know. Good question. We did a few of them already. We have remixes from some artists that we really love and we’re excited about.