The blokes of Rudimental are finally gracing America with their debut album, Home. The UK based group take a fearless approach to each song by combining the intricacies of soul, bass, and electronic based music. House, drum n’ bass, intoxicating R&B vocals, and hip hop saturate the genre-bending album. Last November, Life+Times spoke with keyboardist Piers Agget regarding the band’s origins and musical muses. Post-private NYC gig last week, Piers sat with Life+Times to discuss the band’s trek to success and the States.

Life+Times: I am just so excited about this album! I remember when I spoke to you back in November, you walked me through the album and gave me a background of you guys. Now the time is finally here and the album comes out this week. I’m speaking in behalf of America, we’re all very excited!
Piers Agget: That sounds great! We can’t wait for it to be released here. We were so pumped up about coming out here and promoting the album. We just can’t wait to start doing shows out here. We have several coming up. It’s gonna be wicked!

L+T: When is the American tour?
PA: I think we plan on coming back out here in October. I’m not too sure of the details yet, but we definitely plan on touring by the end of this year. If not this year, early next year. We’re supporting Emeli Sandé in Central Park in a couple of weeks in New York. We’re also playing the Made in America Festival in Philadelphia. So we’re doing a little bit here and there. Once we get the album out in the US, get it circulating, then hopefully people want to see us live. I’m sure they will once they hear the album. 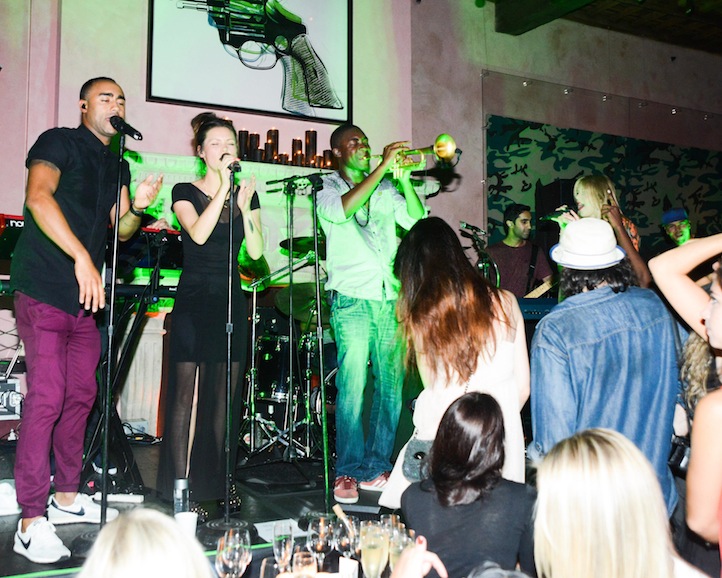 L+T: You mentioned Made in America. Did you get a chance to see the lineup yet?
PA: I haven’t yet…at all. [Laughs] I should though. Beyoncé is performing, right?

L+T: Yes, she is! She’s one of the headliners.
PA: Oh, cool man. That will be wicked! I think we’re doing V Fest with her. She’s also headlining that in the UK. Hopefully, we’ll get a chance to meet her.

L+T: That would be awesome. I’m asking different artists in the Budweiser Made in America lineup who they are looking forward to seeing. Beyoncé is amazing live. I’m not sure if you’ve went to one of her shows.
PA: I haven’t been to one of her shows, but I’ve seen a DVD of her show live in the UK. She can sing, dance perfectly. It would be great to meet her. Obviously, it would be amazing to meet JAY Z as well. We’ll hopefully catch them in the artist area. 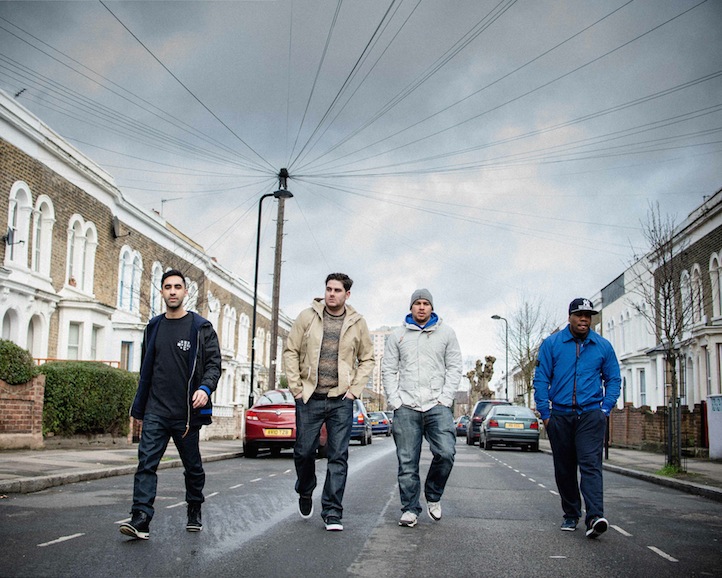 L+T: Going into the album, the UK have had it for months. There are a ton of collaborations. I remember when the Angel Haze single was released. Then I noticed that you all collaborated with FOXES, of course John Newman, and the list goes on. Was it pretty natural to partner with these various artists or were these strategically planned partnerships?
PA: I think it was definitely natural. We write all of the songs ourselves and go out and actively find singers to get on them. Also, a lot of the singers on the album are good friends in the UK. FOXES we met through friends. We kind of have an extended family of musicians and singers. Then, obviously you have a few collaborations here and there – like Emeli Sandé and Angel Haze. Angel Haze came to the UK and wanted to work with us, including Emeli. Emeli saw us at a gig. She has such talent and adds a lot of emotion to the vocals.

L+T: It all flows together so perfectly. Do you think it was hard to make the album fluid or was it also something that you would describe as
natural?
PA: I think we really didn’t think about it. We got about half of it done in the UK. We kind of finished it off on the road really because we were touring a lot. So, it came out naturally. We had another tour in February and we had to finish the album in hotel rooms and dressing rooms. It was us being together kind of working out how we can take people on a journey with each song. It definitely felt a lot more natural than we realized.

L+T: The music videos for “Feel The Love” and “Not Giving In” were so unique. “Feel The Love” that was shot in Philadelphia with the polo club is my favorite. Do you have any videos planned for the future?
PA: I think there’s definitely a few more singles from the album. “Hide” and “Free” are options and “Right Here,” the new single in the UK. We love to create videos that can paint a picture to the emotion in the song. We kind of get involved with directors…and it’s definitely a big part of our campaign. Philadelphia was amazing. We shot that (“Feel The Love”) in Philadelphia. We got to go out there and meet them all. Real people – that’s what we’re all about. We’re about showcasing reality. 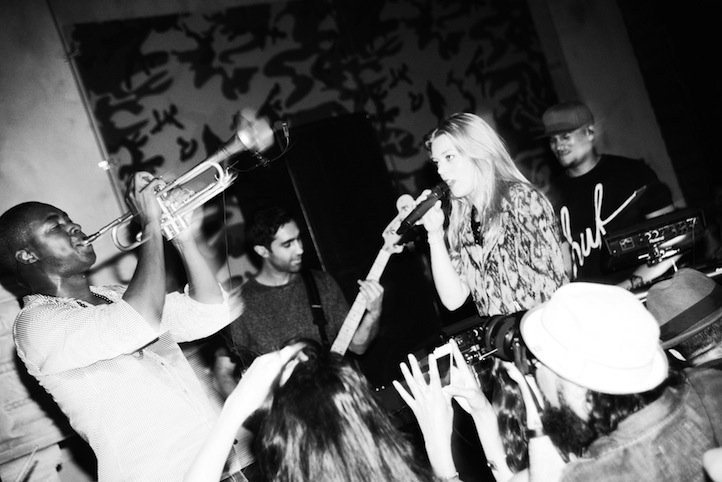 L+T: Well, I’m looking forward to whatever is next. I’m sure it will be something crazy out-of-the-box.
PA: Yeah, who knows? It could be in London or the South Pole, I don’t know. That might be kind of hard to get to.

L+T: “There’s no sleep for the wicked” – that’s an old adage that also makes me think of artists. “No sleep” also applies to creative individuals. You never really rest. Even though you guys released this album in the UK months ago and it’s now being available for the States – are you working on any new tracks already or are you all focusing on the tour?
PA: Yeah, we’ve actually been in the studio since we released the album a few times. We’re always writing and always thinking of a new idea, and looking at new artists to collaborate with. I think obviously the importance is first focusing on the album and promoting that. People haven’t seen it live much yet. When you see it live, it’s a real kind of experience. You kind of understand it a lot more. We’ve got nine of us on stage – us four members, we have a drummer, a trumpet player, three vocalists. We’re always gonna be writing and making music.

L+T: I want to get your viewpoint of the journey of Rudimental. You’ve charted in Europe and Australia. What’s been the most significant piece of the journey for you personally?
PA: I think for me personally, as someone that’s grown up in England – we played Glastonbury [Festival] earlier in this year. It wasn’t even on a massive stage, it was in a small tent. It was a really special moment for us because it was a great gig and it’s a historic festival that people like JAY Z has come and headlined for and big bands like Coldplay. It was a great, great moment.