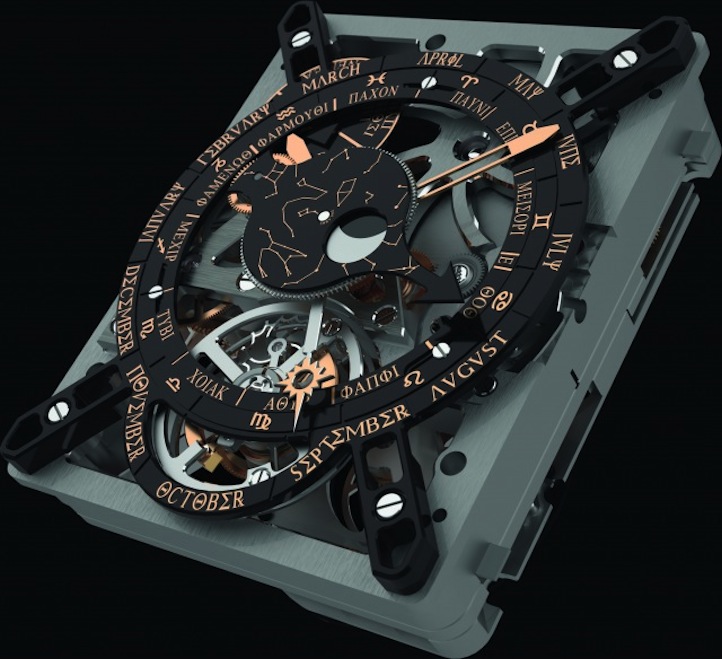 Discovered in 1901 and referred to as one of the world’s earliest computers, the Antikythera Mechanism – a tool used by the ancient Greeks to predict the passage of the planets – has been refashioned by watchmaker Hublot into a wrist-ready timepiece. The movement, which has displays for both the front and back is one of the most complicated endeavors the brand has ever taken on. On the front, it features the calendar for the Panhellenic game, the Egyptian calendar, the position of the sun in the constellations of the Zodiac, the phases of the Moon and the sidereal year. On it’s back, it displays the Greek’s Callippic cycle, the Metonic cycle, the Saros cycle and Exeligmos cycle.

Roughly larger than a postage stamp, Hublot’s one-of-one movement will be on display at watch expo Basel World 2012. It will be on permanent display at Musée des Arts et Métiers in Paris.