Mathias Augustyniak and Michael Amzalag are better known as M/M (Paris), an art and design partnership that was established in 1992. They’ve collaborated with Bjork on her album covers, Kanye West on a line of scarves and with Nicolas Ghesquière on advertising campaigns for Balenciaga. Here, we dig through their archives and turn the mic over to M and M. 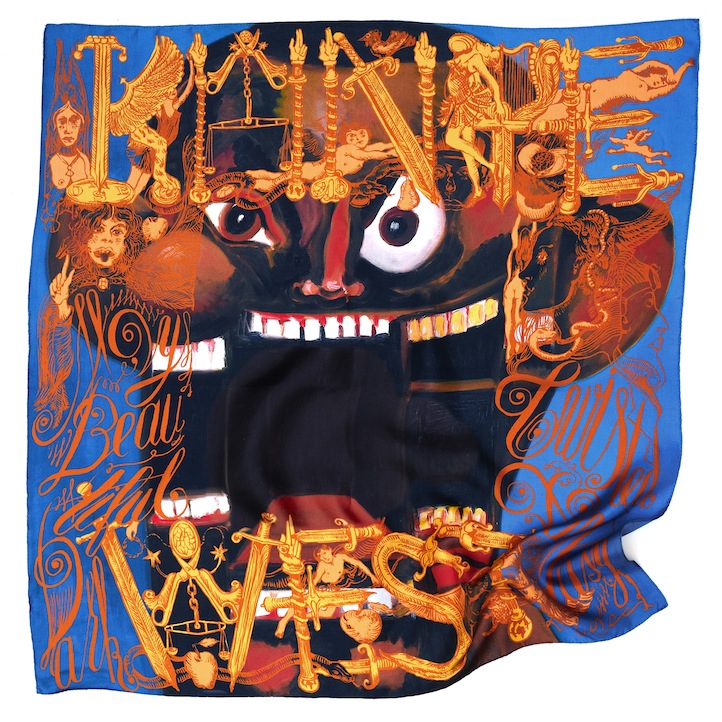 “Kanye West approached us to design his My Beautiful Dark Twisted Fantasy album for which we created a series of hand-drawn ornamented frames adorning George Condo’s paintings. Kanye wanted to find a luxurious way of materializing our common creative effort and we suggested making voluptuous silk scarves. This resulted in five full color scarves made of 100% silk twill made in France–each produced in a limited edition of a hundred. The very last few are available through our website.”