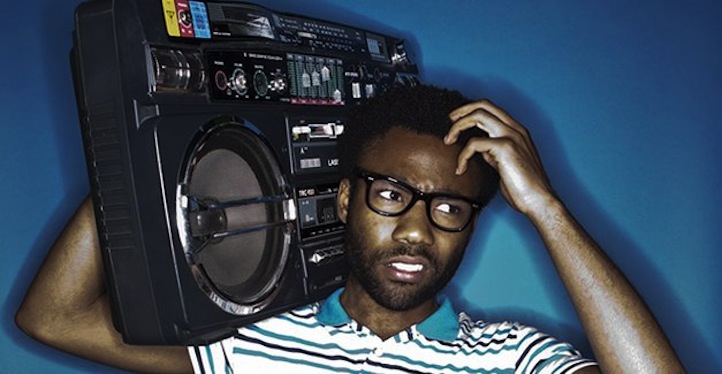 As a writer, comedian, actor and rapper, Donald Glover a.k.a Childish Gambino has a lot to say. So much in fact that we had to share this interview‘s outtakes with you. Here, he speaks on how Tina Fey gave him confidence, Joel McHale introduced him to whiskey and why he name checks Winnie the Pooh‘s Christopher Robin as a style icon.

On people expecting his album Cul-de-sac to sound like a comedy/rap album: “I mean, yeah but I’m not mad at anybody for that. I totally understand why someone would do that, that makes sense to me. You know, I joke about this in my set, if Dave Chappelle started doing stand-up and then half way through he started playing the oboe, I would freak out. I’d be like, ‘what is that?’ I really wouldn’t know what to do. But I don’t know. I think partly because it’s semi-comedic – I think there are about as many jokes and punch lines as a [Lil] Wayne record or a Jay Z record, but I think yeah, that’s going to catch people off guard so I kinda like it, that’s why I went under a different name because people who didn’t know me, I didn’t want people to bring that [knowledge] to it, you know? I think it is weird, it’s got to be weird for people, it totally would be. But I have been rapping longer than I’ve been acting and doing comedy.”

On the album he’s released, but no one’s heard: “It’s a lost tape. I have it, my mom has it, and a couple of buddies have it. It’s not online anywhere, people are like, ‘Let me hear that,’ and I’m like, ‘No, you don’t want to hear it, it’s terrible.’ Some of the beats on there are kinda good. The beats that I made – I actually listened to it the other day – some of these are still viable. I actually know how to work beats now, and redo them with like real instruments. I put out the first one in sophomore year of college and another – I have four albums and a mixtape. When I DJ or make instrumentals I go under a MC/DJ [name] sometimes so I have two MC/DJ albums too. So it’s weird, a lot of people will come out to the show and some of them, I’d say two or three percent of them, are die hard Childish Gambino fans who have been into me since like ’04 or ’05 – which is like crazy.”

On temporarily  giving up rap and Tina Fey helping him get his passion back: “I stopped rhyming ‘cause I was embarrassed. I was doing more comedy stuff and I was like, ‘I definitely can’t be a rapper now that I do comedy, they don’t mix, you know?’ And I was working at 30 Rock my first year, and I was really nervous, I thought I was going to get fired. I really did. I was the youngest kid there, I was the only black guy there, I was just so out of place. All these guys got Emmys, I was thinking, ‘I’m not funny enough to hang out with these guys,’ but [Tina Fey] kept me around, and I didn’t know why, I didn’t really get it. And then I saw her being more brave and taking more and more risks with the show, like with her stuff and it really inspired me. And also she made that room diverse instead of just white guys from Harvard because she understood that everybody has a voice. That lyric is true, everybody’s got something, you’re just afraid to do it. That’s the thing, no one is like Tina Fey. There’s this episode where she’s taking a shit, and the guy that she likes is over and the door opens and you can see her taking a shit on the toilet and no other beautiful woman would do that. January Jones is not going to do that. [No one’s going to say to January Jones] ‘So there’s this scene where you’re taking a shit and there’s this good looking guy who sees you.’ [Jones] is going to be like, ‘No, I’m not doing that.’ That’s what makes Tina – that’s what makes her so funny. She’s willing to be like, ‘Sure, I’ll fucking joke about this, I’ll talk about that, I don’t give a fuck. You can shoot something that shows my mustache, I don’t give a shit.’ She’s not afraid.”