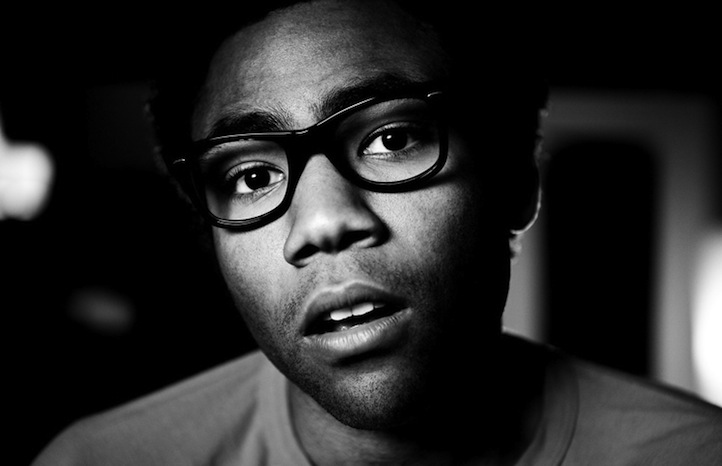 There’s a difference between who people think you should be and who you really are. No one knows this better than multi-talented Donald Glover. The 27-year-old comedian, actor, writer, and musician has been defying people’s notions of who he should be his whole life. When he was a kid, he wasn’t considered “black enough” because of the way he talked and the things he was interested in. As an adult he’s written for NBC’s Emmy-winning sitcom 30 Rock and is one of the stars of Community. Yet, when he campaigned for the role of Peter Parker in the Spider-Man movie reboot via Twitter last year, some comic book fans thought him “too black” for the role. But if Glover had ever abided by the negative opinions of others he probably wouldn’t be where he is, or who he is. Now, the funny man wants to be taken seriously as an MC named “Childish Gambino.” Life + Times caught up with him during his “IAMDONALD” comedy/music tour to talk about his rapping alter-ego, truth in art and the other f-bomb.

L+T: Much of your music deals with people’s stereotypes, their assumptions and the labels they put on others. It’s like you’re trying to say that the average young black person is a lot more complicated, and complex than a lot of people would give him or her credit for. Right?
DG: That’s exactly what it is. I think you touched upon it with labels. That’s exactly what it is. People want to label you because it’s easy to understand. It’s easy for someone to see a black person and assume they like all these things because then you don’t have to learn anything and you don’t have to find out who that person really is. It’s the same thing with me doing comedy and rapping. It’s easy to be like, “Oh OK, Donald Glover is a comedian and every time I see him he’s going to be funny.” That’s easy to do and I think we’re in a way more complex world. No one does one thing, ever. No one’s ever done one thing. People are different things at the same time. Sometimes I’ll get girls that’ll be like, “Your lyrics are misogynistic,” and I’m like, “Yeah, they are.” Sometimes I’m misogynistic, [but] like who isn’t? Everybody’s racist sometimes. Everyone—black people, white people…

L+T: “Everybody’s racist sometimes,” that sounds like a song title.
DG: It’s a song in this musical called Avenue Q, which is really funny. “Everybody’s A Little Bit Racist.” But it’s true, everyone is racist sometimes, everyone. Everybody is misogynistic and sexist sometimes. Do you think if I’m breaking up with a girl, and I’m at home drinking I’m going to be like, “Well, she’s a very great woman?” No, I’m like, “Fuck that bitch. I’m pissed at that bitch, fuck her.” I’m mad— I’m not watching my mouth when I’m mad. I think people just need to realize that, I mean that’s kinda what the album is about. And I think I figured out what I want to do now. I think the [Childish Gambino] EP is more of who I am, so [the previous album] Culdesac sounds a little bit more schizophrenic because I was trying to break all these labels, I don’t want be who you guys want me to be, so it sounds more schizophrenic so that’s kind of a point of doing Childish Gambino—fuck labels. Fuck people trying to tell you who you are. You’re going to be a lot of things all the time, whether that be a black kid from the suburbs or a comedian.

L+T: It’s interesting because you bring up the fact that you were bullied, that you were ridiculed and picked on for being different, and it seems like you kind of changed that and made that the fuel and the motivation to just be yourself. Is there any particular put down or label that kept on coming up in your life that really influenced how you turned out and how you are today?
DG: Um, I guess [the label] “faggot?” That got to me for a lot of reasons. Growing up as a black male is fucking hard. It’s hard. I think being a black woman is a little harder, but being a black man is hard especially if you grew up with something. I had a dad, and my dad was a perfect role model. My dad was always like it’s okay to cry, talk about your shit, follow what you want to do. He was really supportive. So going to school, I had all these experiences and stuff like that — it was a hard thing where like black kids would totally disown you and so would white kids because “you’re not the black culture.” But what’s black culture? That’s the thing — a black kid in Atlanta has nothing in common with a black kid in Alaska. Nothing. Latinos are very different in different spaces too, but they have a unifying force: Spanish. There’s a connection and stuff. The only thing that really connects black people in America is the experience of being black in America. Other than that, there’s not a lot. So it was weird, I was growing up with my dad and he showed me a bunch of stuff; I was listening to Kraftwerk, I was listening to Funkadelic, Prince, The Beatles. I was listening to all of this shit and experiencing all this crazy stuff and because it wasn’t part of the black experience, they label you gay — not even gay, but just “faggot.”

L+T: It’s almost like that was the term for things they didn’t understand.
DG: Yeah, it was just like, “I don’t get what this is, this is different and you’re weird.” It was just this label that really bothered me. And it made me understand that these gay kids that go to my school, they’re just being themselves, too. I was just trying to be myself and that’s taken as weakness, like you’re not allowed to be weak.

L+T: That’s very true. That’s kind of embedded in how black men are seen in the American context and how we deal with each other — you can’t be weak. You’re constantly tested. You can’t be vulnerable.
DG: There’s never a point where you can be vulnerable. I think this is the first time we’re able to see that. You’re now allowed to be vulnerable. I love that Frank Ocean LP – that part where he’s like, “You can’t miss what you don’t have? Well I miss my dad.” He missed someone even though he wasn’t around. That’s important. That’s what makes a person a person, their weaknesses. Your strengths don’t really make you, because you don’t really know a lot about strength and when you know how to really break something down, that’s when you really know. I kind of realized that early on. My weaknesses, the things I’m afraid to let people know, are going to make me stronger so I’ll just put those out there.

L+T: Brutally, but beautifully honest.
DG: We’ve never been in a better time to let people know exactly what you’re going through because there’s more types of people and I feel like there’s been this renaissance of young, black, intelligent speaking allowed. Between Odd Future, Cudi and Kanye and Drake, people are like, “We’re here,” and it’s really cool to see all that happening.

L+T: Do you want to be a mega star or do you want to just be a dude who does dope things?
DG: Uh, I wanna be both! I want to have both. I want to do dope shit all the time. I want to be on the forefront of everything that is inspiring and good and interesting and pushing art forward, but I also want to be a pop star and I don’t know if that’s ever been done on this scale before, but I swear I’ll do it. My mom says, “You’re going to run yourself ragged,” but I’ve got to try. I want to be directing and making art and be huge and be known for being the guy who does truthful stuff. (I Am Donald)