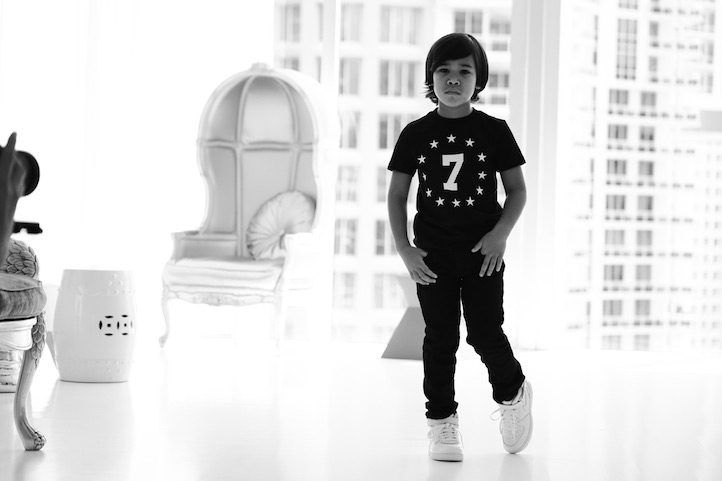 “Parents always want their kids to be just like them and better,” says Andrew Made, founder of MADE Kids. “And they instill in them certain values.” For the parents who instill being fashion-forward in their children there’s MADE Kids. Founded in 2011, the street-inspired gear catering exclusively to children looks to bridge the gap between streetwear and children’s clothing.

The journey to MADE Kids was actually the result of an unexpected detour for Andrew. He had been studying finance with the intentions of becoming a stockbroker when the financial meltdown of 2008 happened. He remembers one professor advising him and his classmates to find alternative career paths. “He told us that we were screwed, in the wrong major and that we wouldn’t get any jobs,” he laughs. “He said he felt bad for us.”

Though happily employed and pleased with his decision to pursue fashion, he admits it has been an, at times rocky ride. “Obviously it’s very difficult making kids clothing when you’re competing with the mammoths like the Walmart’s, the Target’s, the Disney’s,” he says, but for him, the journey has certainly been worth it. MADE Kids became the first children’s line to exhibit at the streetwear and action sports tradeshow Agenda proving that Andrew’s dedication, hard work and sacrifice has paid off. In the midst of this year’s AGENDA Long Beach activities, Andrew Made spoke with Life+Times about making fresh, street-inspired, unisex gear for children. 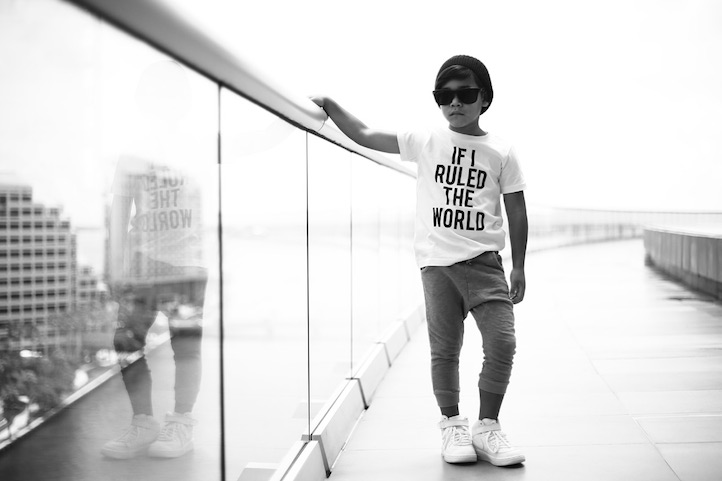 Life+Times: What does it mean to be a MADE Kid?
Andrew Made: A “MADE Kid” is a kid that’s fashionable, a kid that’s in the know. The idea behind MADE Kids is to bring the essence of streetwear and culture down to the kids. We want them to standout in comparison to other kids. When it comes to fashion for kids we want to be their option.

L+T: Where did the idea for street-inspired children’s clothing originate?
AM: The whole goal of the line is to offer parents a choice. Many parents that are into streetwear and are into the culture want to share that with their kids. When it comes to street it isn’t just a shirt or hat; it’s a lifestyle. We at MADE Kids want to offer parents that option for the children.

L+T: Edgy has always been a key element of streetwear. Has it been difficult maintaining that edge, while at the same time remaining children-friendly with the designs?
AM: You have to be very careful in the way that you design kids’ clothes. Obviously, it cannot be too corny or too edgy. If it’s too edgy people will be afraid of it. So it’s “street-inspired,” rather than it being “streetwear.” Our secret formula is in finding that middle ground between not too edgy and not corny. We get inspiration from what’s out there already. That’s how we design. Most designers will tell you that they get inspiration from themselves, but we take the inspiration we get from our day-to-day and we find a way through our creativity and our experiences to bring out those “wow” moments. I can’t explain how, but it just happens that way. 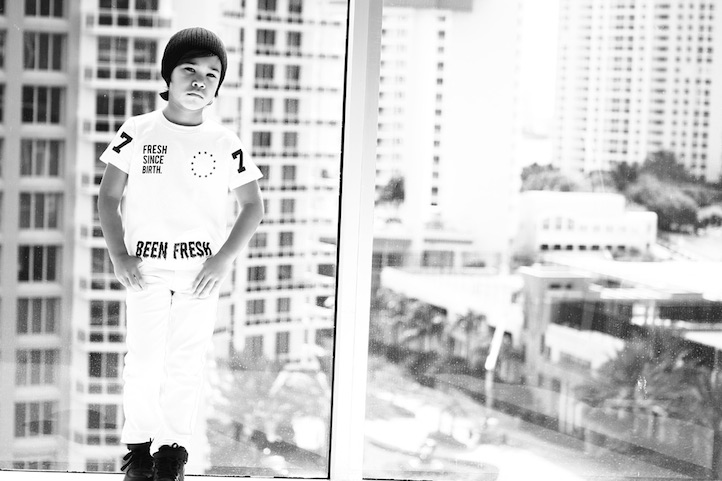 L+T: It seems as if the brand only caters to boys. Will MADE Kids introduce a girls’ clothing line soon?
AM: The line isn’t solely for boys. Honestly, it’s more of a unisex line. We’re getting a lot of girls wearing our t-shirts. The messages and simplicity of the line goes both ways. But ultimately, we do plan in the future to put girls in the pictures to show the world that it is unisex at the end of the day.

L+T: Has it been difficult promoting a unisex children’s line?
AM: No, because it’s not too boyish and it’s not too girlish. We have shirts with messages like “If I Ruled the World.” Something like that can be applied to anybody. What people normally would see on a girl’s shirt is something like a princess with a magic wand or for a boy’s shirt there would be some type of action figure. That’s the typical, in the box clothing. We don’t do that. When it comes to our messaging we make sure it can go anyway. That goes back to the genius of the line.

L+T: MADE Kids was the first children’s clothing line to exhibit at Agenda. What has that meant for the brand?
AM: Honestly, what it meant was progression and a shift in the culture of streetwear, because Agenda pretty much dictates in some way what you’re going to see in the stores. There’s a brand that could have the best designs in the world, but if it doesn’t have a medium like Agenda to showcase their stuff to the world it’ll never get out of that garage it was started in. Obviously with Agenda you can’t just walk in and showcase. You have to be invited. They make sure you’re legit, so the fact that they believed in what we’re doing is amazing. Whether five years from now we’re blowing up or five years from now we’re not here there’s still going to be that moment in our lives where we did initiate the spark that potentially changed the culture for street-inspired gear for kids. That makes me really proud. 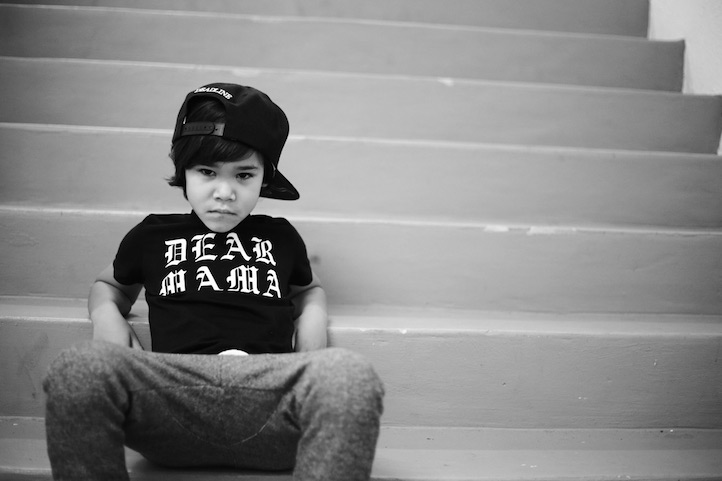