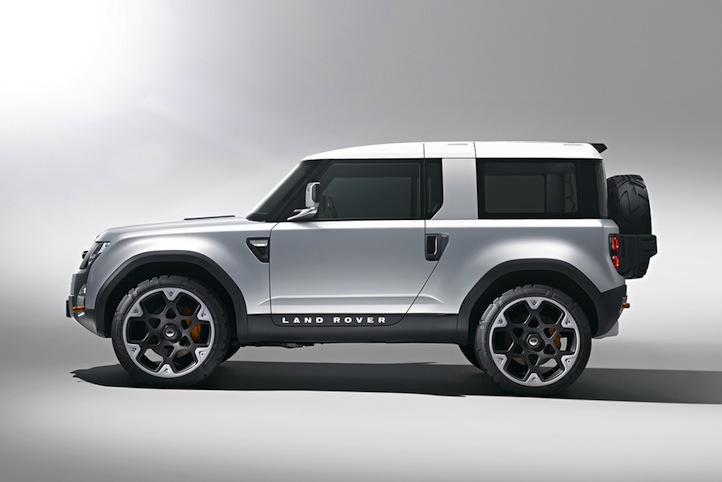 Land Rover‘s Range Rover (and it’s aptly named sportier sibling the Range Rover Sport) may be the most popular offering from the SUV marque, but the brand’s roots can be traced back to one iconic offering: the Defender. Developed from the original 1948 Land Rover series and launched in 1983, the Defender was steeped in rugged minimalism and square, military-inspired presence. It was the definition of a true off-road vehicle. Land Rover discontinued the Defender in 1990.

However, the brand has found reason to visit its past with the concept for the 2015 Land Rover Defender Concept, dubbed the DC 100. Debuting this month at the Frankfurt Auto Show, the DC 100 hopes to be, as John Edwards, Global Brand Director for Land Rover put it, “loved all over the world for its simple, honest and distinctive design. We are determined that the new Defender will be true to its heritage.” (Land Rover)