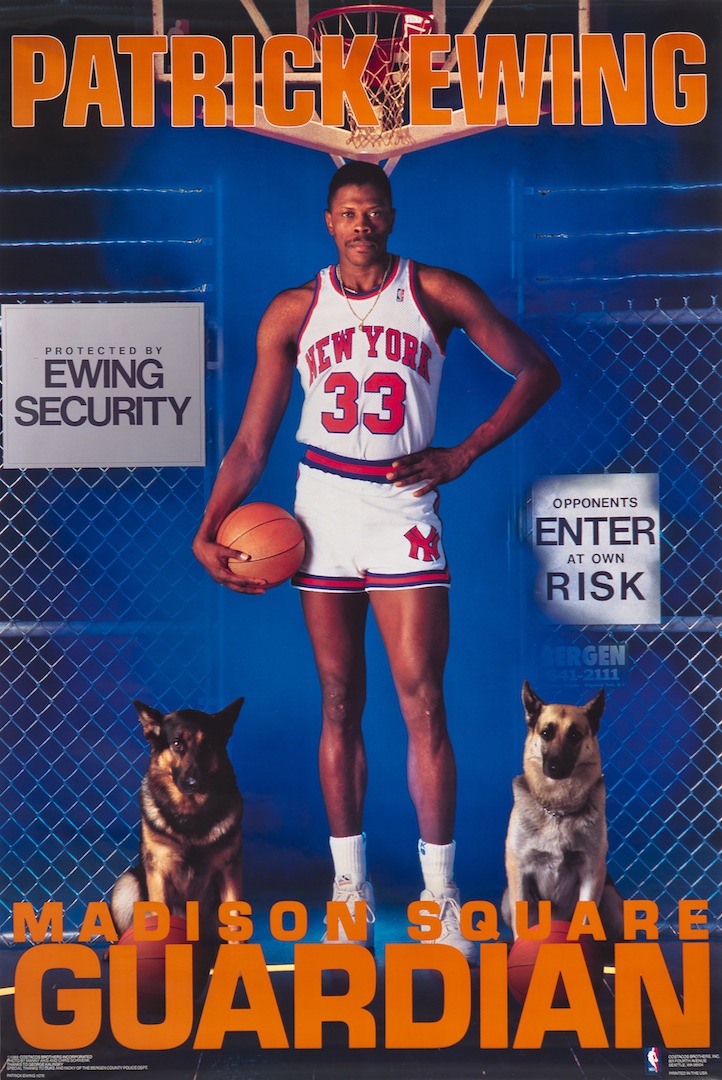 It was common practice for sports lovers in the 1980s to plaster their bedroom walls with splashy posters of their favorite athletes depicted as larger than life champions. These posters resonated with fans, largely because people just like them conceived them.

Tock and John Costacos, two brothers from Seattle, made over 700 sports posters from 1986 to 1990. They sought the permission of professional athletes and often times relied on the players’ trusted team photographers to snap the photo according to the Costacos brothers’ vision. The result is For the Kids, an exhibition of sports lithographs from their archive that opens at Salon 94 in New York City on June 23, 2011.

“We figured out what kids wanted,” says John Costacos. “We didn’t want pretty. We wanted super heroes.” The posters were continuation of the baseball card collector’s mindset, suited to the sports culture of the 1980s, when fans worshipped athletes and their teams. 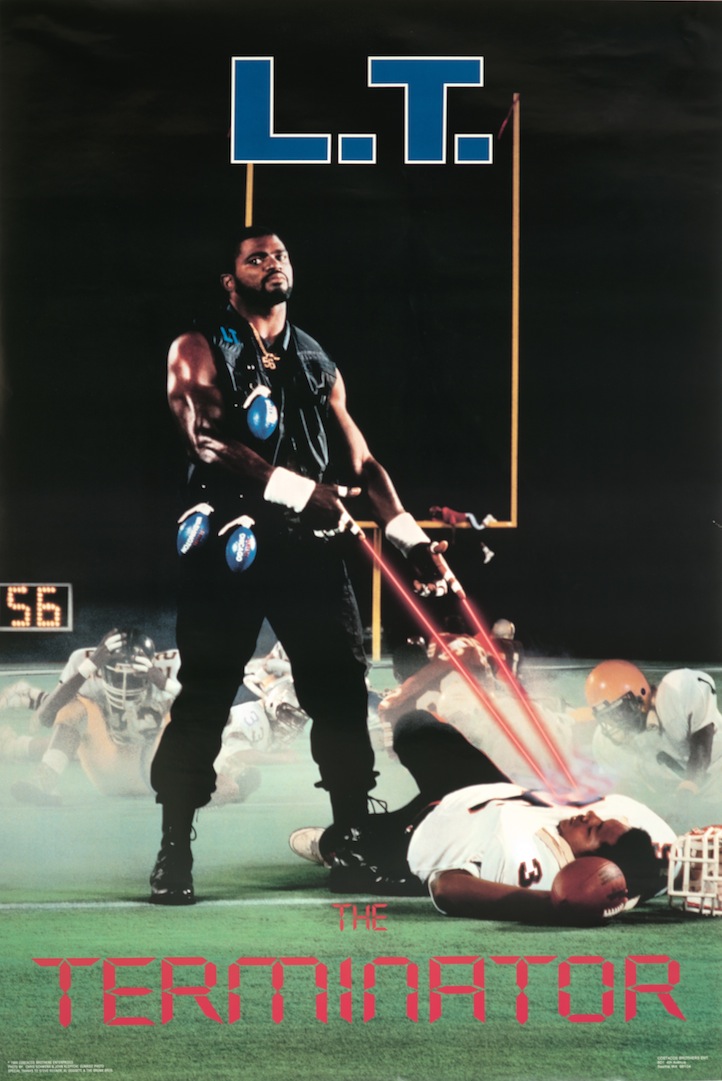 The Washington natives first broke out with the concept when Seattle Seahawks safety Kenny Easley agreed to poses as “The Enforcer.” Soon, Los Angeles Raiders defensive back Lester Hayes followed suit, appearing as “The Judge: Lester’s Courts,” modeled after “The People’s Court” television show. The posters became a nationwide phenomenon when Chicago Bear quarterback Jim McMahon was styled as “Mad Mac,” a takeoff of the Mad Max films. Mad Mac sold 10,000 copies in the first week it was released. 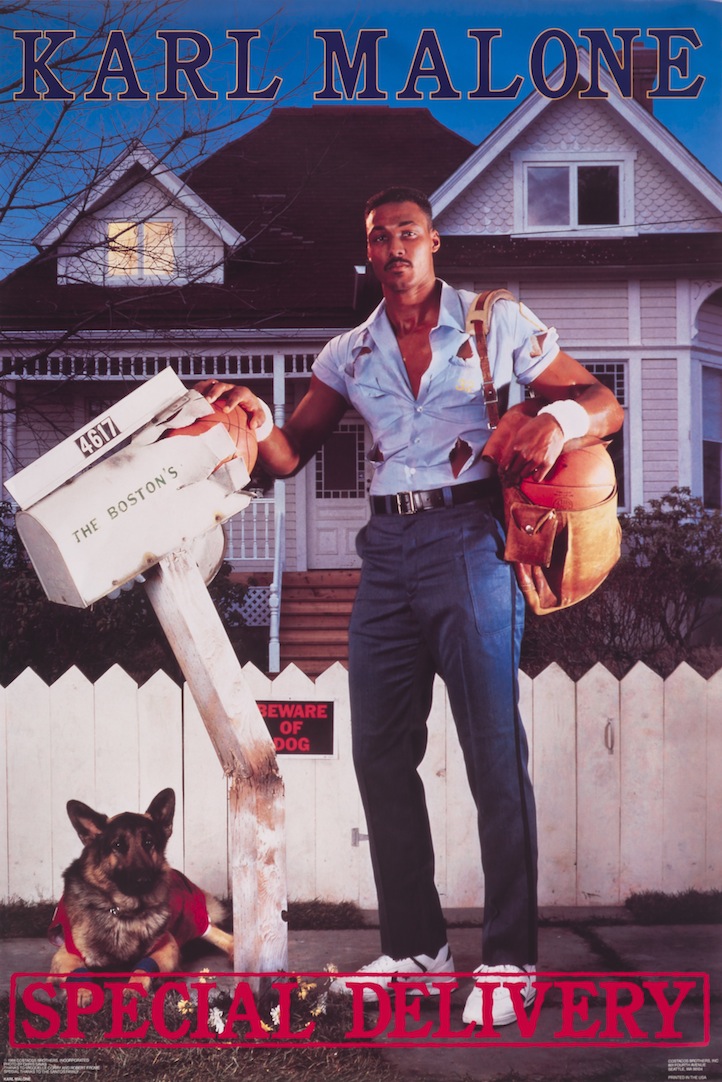 The brothers developed themes based on the supernatural characteristics associated with star athletes. If a player didn’t have a nickname, they came up with an original concept associated with the athlete’s persona. The posters include NBA basketball, MLB baseball, NHL hockey and NFL football players.

In one Costacos poster, Karl Malone, whose nickname was “The Mailman,” is dressed as postal carrier with the title “Special Delivery.” James Worthy is portrayed as the embodiment of purple and yellow “L.A. Law” with his wife, posed at a desk in the background. Detroit Piston Vinnie “The Microwave” Johnson had a spray painted dial on his body with the settings low, medium and high. “He was a really fun guy with great personality,” Tock Costacos said. “He was having a hard time not laughing.” Another poster features the New York Knick’s Patrick Ewing as “The Madison Square Guardian,” posed with two dogs and a basketball casually perched on one hip.