In many ways the work of the Costacos brother was a hallmark of the sporting world before the era of the free agent. “Today you look at nicknames as sports stars and they’re kind of boring,” Shopkom said. “The nicknames that came out of the sports world were colorful then.” 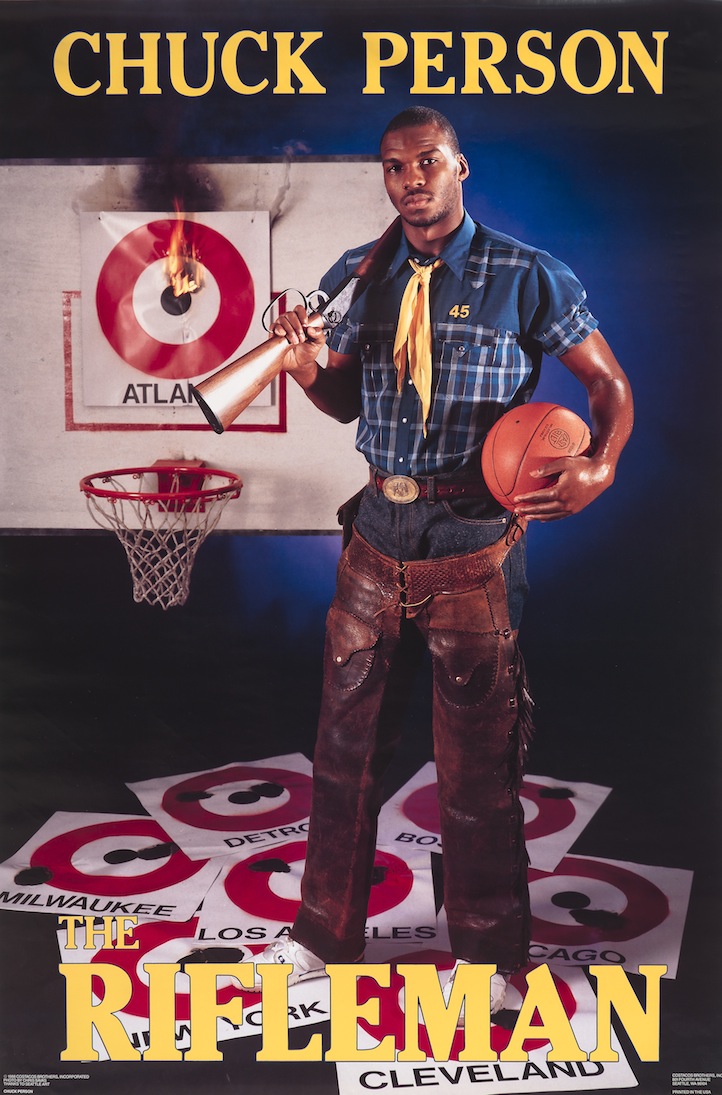 While thousands of the posters are stashed in collections of men who grew up in the ‘80s, the curators had to find posters mint condition, without tack and tapes marks. For the exhibition the posters are framed and set against the backdrop of an art gallery, where they are for sale. The exhibition also features three pieces from Equilibrium, a 1985 work created by Jeff Koons in which basketballs float in tanks, among cast bronze standard scuba diving tanks and framed Nike advertising posters entitled” Stormin Norman”, “Jam Session” and “The Dynasty on 34th Street.”

Images courtesy of the Costacos Brothers and Salon 94 gallery.