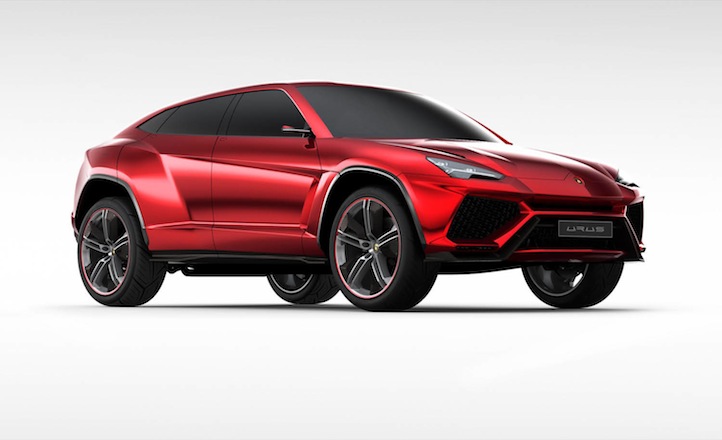 Last month Lamborghini unveiled its newest concept car – an SUV dubbed the Urus. You read that right: Lamborghini, the company whose heritage is rooted in creating some of the world’s sexiest and most powerful exotic sports cars is now making SUVs and flying them under the same banner which has housed the Aventador, Reventon and Murciélago. While the Urus will probably be the most powerful SUV on the market (thanks in part to its aerodynamic design and V-10 584HP engine) it’s also being detested by fans of the Italian automaker, as enthusiasts are saying that Lambo is diluting its brand and lowering its standards for crossover appeal.

Lamborghini evokes an emotional response from people who both own and admire its vehicles from afar. The brand’s refined elegance and ability to marry high performance with striking design has always been at the center of its appeal. Bruce Wayne knows this. He drives one and has another vehicle for off-road actives. With the Urus, there’s a clear shift in that though and it’s clear that exotics are moving away from their core and looking to expand into more mainstream markets.

Of course, it all comes down to the numbers.

When Porsche debuted the Cayenne in 2002, the reaction was much of the same. Porsche purists scoffed at the German automaker for entering the “soccer mom” market. They weren’t without merit since the Cayenne was the first Porsche since 1995 feature a V8 engine and seating for five. However, the Cayenne went on to become a best-seller for Porsche, ushering in two-generations of the model and several different drivetrain options. It also closed the pricing gap for Porsche as it’s easier to get the keys of a Cayenne than those of a 911. Realizing this, Porsche is even working on another SUV, named Macan, to further bolster its footprint into the crossover market.

Out of all the exotic automakers with SUVs on the horizon (Maserati, Aston Martin and the aforementioned Lamborghini), there’s one that’s steering clear of the trend. Of a possible Ferrari SUV, Fiat (which owns the brand) CEO Sergio Marchionne said “The uniqueness of [the Ferrari] brand cannot be minimized and so we are very, very careful.” Ferrari’s making a very conscious decision to stay on brand by not venturing off road.

Should Lamborghini add the Urus to its lineup, will it be on your list?