You can hear Isaiah Washington’s deep baritone voice long before you see him. It’s a voice that’s familiar from movies like Girl 6, Clockers or True Crime. Or perhaps you recognize it as a mainstay from his character Dr. Burke who played a central roll on early seasons of the television show Grey’s Anatomy. His voice spills into the next room at the cramped film marketing offices in Manhattan, where about twenty people are hunched over computers quietly working, trying not to listen in on Washington’s dynamic phone interview.

When he swoops into the conference room, ready for his next conversation, his presence takes over. He makes direct eye contact, and when he makes a point, his booming voice raises several decibels, and he nearly jumps out of his chair, arms waving to emphasize his point. From all appearances, Washington is thrilled to be discussing his new film, Blue Caprice. He’s been giving interviews around the clock, which he describes as “two-way conversations,” showing no signs of fatigue.

“It was painful. The only time I had this kind of experience was working with Spike Lee and Clint Eastwood,” says Washington of the intense filmmaking process. “With this movie, now you can see me as an executive producer and as an artist and dealing with where we are in the human condition.”

Blue Caprice is a dark, uncomfortable and deeply engrossing psychological thriller based on the lives of the 2002 Beltway snipers John Allen Muhammad and Lee Boyd Malvo, written and directed by Alexandre Moors. Washington portrays Muhammad, the assassin who orchestrated the random killings and brainwashed Malvo, the shooter, played by Tequan Richmond, who was only 17-years-old at the time of the murders. The film focuses on the events leading up to horrifying string of shootings and the complex father-son relationship that developed between the two men. In the fall of 2002, they traveled down the East Coast in an old blue 1990 Chevy Caprice, as Malvo used a Bushmaster rifle to case out his innocent victims from a tiny hole cut out below the trunk lid compartment mostly in unassuming parking lots.

To depict Mohammed, Washington had to cast aside his misgivings about the nature of the crimes and delve deep into the man’s personal history. He focused in on his military service during the first Gulf War. “John Allen Muhammad was a combat engineer and he risked his life. It took eight seconds to live or die and he diffused close to 800 bombs or more and then realized that they were all made in the USA,” says Washington. “The genesis for the John Allan Muhammads that are being bred is not over. In fact, it’s only begun. All of them don’t become police officers. All of them don’t work at Langley. All of them don’t have the chemical fogs in their brain to overcome trauma and be okay with it. They get lost in the system and presumably are only left with the option to retaliate.”

Muhammad’s plight as veteran hit close to home for Washington who served in the military in the 1980’s. “I had some issues. I got co-opted. I got corrupted at 19. I was station in the Philippines during the Marcos years and my boss was Ronald Reagan. We’ll leave it there,” he says. 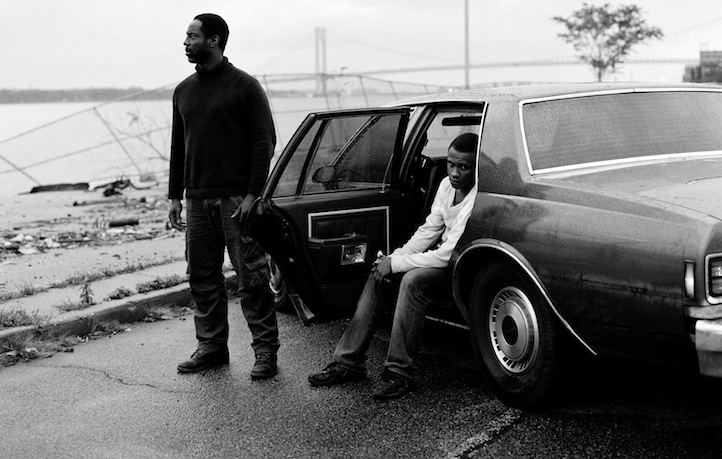 Blue Caprice represents a turning point for Washington who has been absent from the big screen for several years. He had a flourishing television career until he was fired from Grey’s Anatomy in 2007 after making homophobic slurs on set. Since that time he has shifted gears and focused his attention on Africa. He discovered he had genetic roots in Sierra Leone, which launched a personal quest in which he was ultimately made both a chief and a citizen in Sierra Leone. He runs several initiatives to provide education and resources to villagers. He authored the memoir A Man From Another Land: How Finding My Roots Changed My Life about the journey from his Texas childhood to global activist.

While he’s become a prominent figure on the African continent, Washington is reemerging as a working actor. He starred in the film They Die by Dawn with Michael K. Williams and Rosario Dawson, and he will play in the new CW series The 100.

But Washington was far off the Hollywood grid when Moors finally tracked him down via Facebook. The careful, patient script intrigued him. “It needed to be about something. I’ve been part of things that cost a lot of money, but weren’t saying anything. Or it was saying something, but it was just too much, which is not authentic. I’ve become empowered. I can’t change what I’ve gone through, but what I can change is going about whatever I do creatively.”

It was only after they were deep into filming that Washington discovered Blue Caprice was the French filmmaker’s first feature film. “The night I found out that this was his first feature was the day we had one of the most important scenes in the film. That day I realized why the character stayed in the dark a little longer than I wanted to stay in the dark, because he was a coward,” says Washington. He decided that Moors was more than capable.

Midway through the conversation, the director Moors enters the conference room, and their close relationship is apparent. They recount a conversation they had the night before in which Moors pitched Washington about a new project — the possibility of making Macbeth in Africa. “When you make a movie, it’s like the alignment of stars,” Moors says. “Once you have the window you can shoot through it, like when they shoot the space ships.”

Washington has a grin on his face. He’s already brainstorming ideas for cast members. “I know now what to expect. I know it’s not going to be easy. Like my wife said after having our first child, it ain’t happening again. Now we have three kids.” 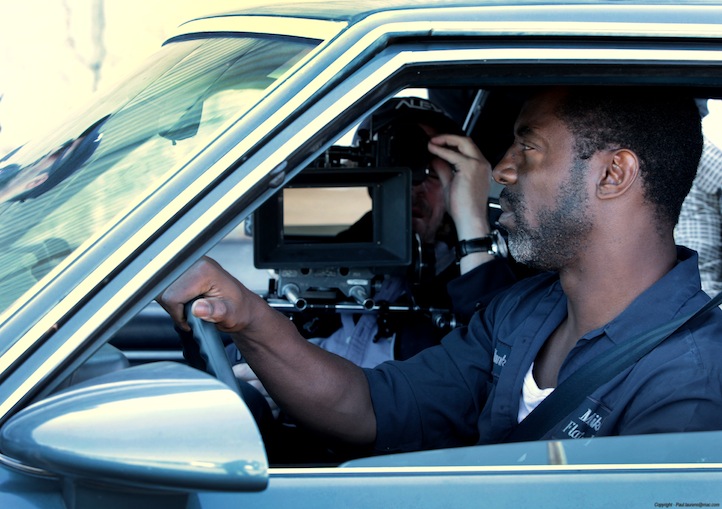 Blue Caprice is in theaters now.